Sign Up for Free to View
What Happened to James Kohnle? 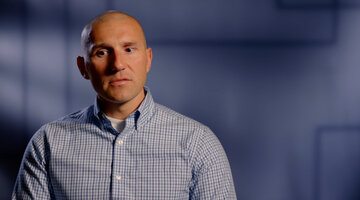 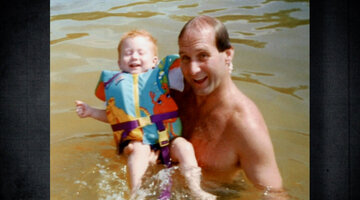 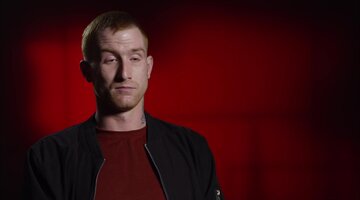 When her husband Jim died in a house fire, Teresa Kohnle told police they had “a wonderful marriage.” The facts, however, painted a very different picture.

James “Jim” Kohnle was born into affluence. His grandfather, ​​Fred Kohnle, founded Monarch Marking Systems and invented one of the first price tag machines. Rather than go into the family business, Jim became a chiropractor, setting up a successful practice in northern Georgia.

“When he worked on you, you felt good just being around him. Jim was the kindest, most gentle man you’ll ever meet in your life,” friend and former employee Bonnie White told “Snapped,” airing Sundays at 6/5c on Oxygen.

As his practice grew, Jim hired 21-year-old Teresa Boggs to work the front desk. Despite a 20-year age difference, they started dating and fell in love.

In 1996, Jim and Teresa had a son together, Caleb. A year later they married and opened up the Alpha Wellness Center in Dalton, Georgia, where Teresa worked as a massage therapist. Daughter Allison arrived in 2000 and the family moved into a spacious home in Ringgold, Georgia.

“Visibility was pretty low. We made it to the back bedroom. We realized that was the fire room,” former Catoosa County Firefighter Drew Hood told “Snapped.”

Using a thermal imaging camera, firefighters detected a body on the floor behind the bed. It was Jim Kohnle, dead at 57.

“The arson investigator decided the origin of the fire was along a common wall between the office and the bedroom where the victim was found,” former prosecutor Buzz Franklin told “Snapped.”

Teresa was out of town when authorities notified her of her husband’s death. She returned home that afternoon and told authorities she had left for Knoxville, Tennessee at 8:15 a.m., stopping off at Chick-fil-A for food along the way. She was accompanied by her son Caleb and a friend, Robin.

While Robin’s account mostly matched up with Teresa’s, she said they left a half hour later, at 8:45.

As investigators continued their examination of the Kohnes' home, a specially-trained dog named Smoky was brought in.

“He found the presence of an accelerant placed in that location where he determined the fire had originated,” said Franklin. “It was pretty clear it was an arson as opposed to an accidental origin for the fire.”

Investigators interviewed Teresa on July 5, seeking an exact chronology for the events of June 29. In her videotaped interview, which was obtained by “Snapped,” she told investigators, “I love my husband more than life itself.”

Teresa said at the time of Jim’s death, they were experiencing financial difficulties, the result of her husband contracting Lyme disease several years earlier. They had fallen behind on their mortgage and both their cars had been repossessed.

“Stress got worse for him and everything went bad. He was depressed,” said Teresa.

Jim’s friends and associates confirmed that as Jim’s health got worse, he became unable to work and the business began to falter.

“The fact that things were happening the way they were for my dad killed him inside. The fact that he felt he couldn’t take care of his family was more than he could take,” son Caleb told “Snapped.”

Insurance agent Tom Drew contacted authorities to say he had recently received a handwritten letter from Jim, in which he indicated he was contemplating suicide, according to local news website The Chattanoogan.

However, investigators found it hard to believe that Jim would choose self-immolation as a means to take his own life.

“I’ve never seen anyone intentionally commit suicide by fire. It seems to be a real stretch.  If you’re going to commit suicide, there are a lots easier ways to do it,” said Franklin.

An autopsy revealed Jim Kohnle died from smoke inhalation, according to Georgia’s Rome News-Tribune newspaper. It also showed the presence of anti-depressants and sedatives in his bloodstream. Burn marks on the soles of Kohnle’s feet indicated he tried to stamp out the fire.

“These things don’t quite add up to somebody who was going to kill themselves and do so by fire,” forensic psychologist Dr. Nameeta Sahni told “Snapped.”

Following the autopsy, Jim’s death was ruled a homicide.

Employees at the Alpha Wellness Center told investigators there were rumors of infidelity in the Kohnles' marriage.

“Everybody kind of knew it. Her affairs had been going on for a while but it got worse as time went on,” said White.

Detectives re-interviewed Robin about the discrepancies between her and Teresa’s timelines. She claimed that after loading the kids into the car, Teresa went back inside the house and didn’t return for 15 to 20 minutes.

Investigators obtained footage from Chick-fil-A which showed Teresa and the kids arriving at 9:17 a.m. on the morning of the fire. The Kohnle home was less than 10 minutes away by car.

“As the officers kept investigating the timeline, they discovered Teresa would have been at the house about the time the fire started,” said Buzz Franklin.

Police obtained a search warrant for the Kohnles' home. They discovered that many of the family’s personal belongings had been moved in an exterior garage.

“There were also some divorce papers that apparently had never been filed that were found there in the residence,” said Franklin.

“According to people who worked at Dr. Kohnle’s office, she was using marijuana and methamphetamine,” said Franklin.

Around that time, White, who did accounting work for Alpha Wellness Center, discovered Teresa had been embezzling money from the business.

“One month she had wrote 16 checks to herself. [Jim] confronted her in front of me and she said, ‘No, those checks are voided.’ And I said, ‘Well, voided checks don’t clear the bank. Here’s the bank statement. They’re highlighted,'” said White.

Other employees of the Kohnles claimed Teresa told them she had been putting lithium in Jim’s coffee to sedate him.

“Dr. Kohnle himself had suspected that she’s doing this and has told people that he thinks Teresa has been drugging him,” said Franklin.

On her second interview with detectives, Teresa agreed to take a polygraph test.

“The computer indicated her level of deception was in excess of 100%,” said Scroggins.

After being confronted with the results of her lie detector test, Teresa was seemingly ready to talk.

“He told me he wanted to die and he told me to leave the house and he said, ‘Don’t ask me no more questions,'” Teresa tells Scroggins in her videotaped interview, which was obtained by “Snapped.”

Scroggins confronted Teresa with evidence from her cell phone which showed that the first person she called after learning of Jim’s death was her insurance agent.

“Does that not strike you as a bit strange?” he asks.

On July 9, 2007, Teresa Kohnle, 34, was charged with felony murder and first-degree arson in the death of James Kohnle, 57, according to North Georgia’s WDUN radio station.

Following their mother’s arrest, 6-year-old Allison and 11-year-old Caleb Kohnle were placed in the care of the Georgia Division of Family and Children Services. Caleb was interviewed by detectives on July 16.

Caleb said that on the morning of his father’s death, he got in the car with his sister and Robin while his mother went back inside the house. After Teresa returned to the car, he noticed smoke.

“I said, ‘Mama, look! I think the house is on fire.’ She goes, ‘No, that’s just some burning papers,'” Caleb tells investigators in his taped statement to police, which was obtained by “Snapped.”

Though Caleb says his parents often burned trash behind the house, investigators believed it was unlikely Teresa decided to do so right before leaving for the day. More likely, they contended, was that she drugged her husband that morning and set fire to the bedroom as he lay in bed.

Two days before her trial was to begin in December 2010, Teresa Lynn Kohnle pleaded guilty to felony murder. At her sentencing, she claimed she assisted in her husband’s suicide in order to “ease financial burden.”

“I lit two candles like he wanted me to, and I walked away with no questions,” Kohnle said, according to North Georgia’s Dalton Daily Citizen newspaper.

Teresa Kohnle was sentenced to life in prison with the possibility of parole after 30 years. She will first be eligible in 2041 at the age of 67.

Here's How To Binge-Watch Every Episode Of 'Snapped' Ever