Sign Up for Free to View
The Hollywood Ripper's Victims 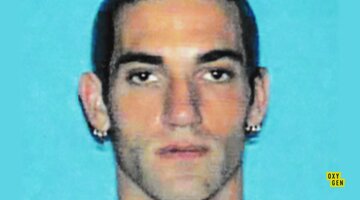 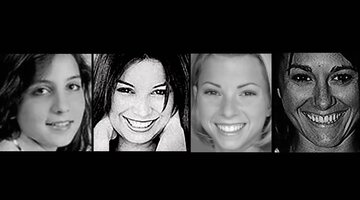 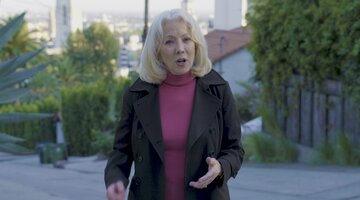 He was known by many names, including “The Chiller Killer,” “The Boy Next Door Killer” and “The Hollywood Ripper.”

Police, however, suspected his identity years before he was finally brought to justice. His name is Michael Thomas Gargiulo, and he viciously murdered two women, tried to kill a third and is suspected of killing a fourth between 1993 and 2008.

Born in 1976, Gargiulo grew up in Glenview, Illinois, a quiet suburb northwest of Chicago. He was one of seven children and would later tell a psychologist he suffered physical abuse at the hands of his father and siblings, although these claims were never corroborated, according to the Los Angeles Times.

Around his neighborhood, Gargiulo had a reputation as a bully with a quick temper.

“To watch him in action was something else,” former friend Scott Olson told monthly periodical Chicago magazine. “This guy would go from normal to crazy in, like, a second... The switch would flip, and he would just become almost inhuman.”

Around the corner from Gargiulo’s boyhood home lived the Pacaccio family. Doug Pacaccio was a friend of Gargiulo’s, and they both attended Glenbrook South High School with Doug’s older sister, Tricia.

Tricia Pacaccio graduated from high school in 1993 and was due to attend Purdue University in Indiana that fall. On the night of Friday, August 13, she met up with friends for dinner and a scavenger hunt. It would be one of their last chances to be together before leaving for college in a few weeks.

After dropping her friends off, Tricia drove home around 1 a.m.

The following morning, Tricia’s father, Rick Pacaccio, found her dead on the front steps of their house. She had been stabbed 12 times, and her arm was broken, according to the Chicago Tribune. She was 18 years old.

Although DNA was found underneath Tricia’s fingernails, there was limited forensic technology at the time, and investigators could not identify the suspect through the samples.

Gargiulo had driven Tricia to a friend’s house in his car two days before her murder and was questioned by authorities, but he implicated another area teen, reported CBS News. No charges were ever filed against him, and the case was handed over to the cold case squad.

A woman later claimed she was raped by Gargiulo in 1995. The woman, whose identity is protected, was 17 at the time and said she and Gargiulo had recently ended a romantic relationship. She claimed that during a social visit, Gargiulo handcuffed her, removed her pants and sexually assaulted her.

“I was terrified. I didn’t even want to move. I was petrified,” she testified in 2019, according to New York’s Daily News.

Gargiulo was also involved in a battery incident at Glenbrook South High School and was caught breaking into unlocked cars, according to Chicago newspaper Journal & Topics. He pleaded guilty to burglary and was placed on an 18-month probation and ordered to pay a $200 fine.

In the late 1990s, Gargiulo followed his brother out to Los Angeles, California. Trained in martial arts and boxing, he landed a job as a bouncer at the Rainbow Bar & Grill on Sunset Boulevard in West Hollywood.

At the Rainbow, Gargiulo befriended two fellow bouncers: Temer Leary and Anthony DiLorenzo. Leary and DiLorenzo claimed that one day in 2000 while driving around LA, Gargiulo admitted to the Pacaccio murder.

The two men didn’t believe Gargiulo, as he was known to lie and exaggerate, and they didn’t notify police until after his arrest for the Hollywood Ripper killings. Gargiulo was later fired from the Rainbow for punching a patron, according to the LA Weekly newspaper. He subsequently worked as an air-conditioning and heating repairman.

That fall, Gargiulo befriended Ashley Ellerin, who lived a couple blocks away from him in Hollywood. He soon became besotted with the 22-year-old fashion student, who had a penchant for dating young actors, including Vin Diesel and Ashton Kutcher. Gargiulo began visiting her at odd hours and was once seen sitting in a car outside her home in the middle of the night.

On the night of Feb. 21, 2001, Ellerin had made plans with Kutcher to go to a Grammy Awards party. He didn’t arrive at her house until almost 11 p.m., and when he knocked on the door, Ellerin didn’t answer.

Kutcher assumed she was mad at him for being late and left. He would later testify that he saw red stains on the floor and assumed it was spilled red wine, according to NBC News. What he actually saw was blood.

The following morning, one of Ellerin’s roommates returned home and found Ashley on a landing outside her bedroom in a massive pool of blood. It was determined she had been stabbed 47 times, according to Chicago magazine. Some of the wounds were up to 6 inches deep with one blow nearly severing her head.

After speaking to Ellerin’s loved ones, detectives with the Los Angeles Police Department began looking for a man whom her friends referred to as “Mike the furnace man,” according to LA Weekly. After doing some digging, they got a name — Michael Gargiulo — and a driver’s license photo.

At the same time, detectives from the Cook County Sheriff’s cold case division were re-examining the evidence from the Tricia Pacaccio murder. They retested the DNA found at the crime scene and gathered samples from anyone who had been in contact with Tricia in the days prior to her death, which included Gargiulo.

Cook County detectives flew to Los Angeles in 2002 and, in an incredible case of coincidence, contacted the LAPD detectives investigating the Ellerin murder to ask for help locating Gargiulo.

“I held up a photo. I said, ‘Is this who you're looking for?’” Los Angeles Police Department Detective Tom Small told “48 Hours." “And they said, ‘Yeah. How do you know him?’ I said, ‘Well, right now he's a potential suspect in a murder investigation. What do you guys have?"

Gargiulo was eventually tracked down and reportedly fought with detectives before having a DNA sample taken at a hospital emergency room, according to Chicago magazine. It was a positive match with genetic material found underneath Tricia's fingernails.

The Cook County State attorney's office, however, refused to indict Gargiulo, claiming the DNA could have been exchanged through casual contact, according to the Chicago Tribune.

The LAPD, meanwhile, had no physical evidence tying Gargiulo to the Ellerin murder, and no charges were filed against him.

One of Gargiulo’s former girlfriends later alleged that in 2003, he punched her in the face and threatened to kill her, claiming he would get away with it because of his “extensive knowledge” of forensics, according to LA Weekly.

The two met when she hired him to fix her air conditioning unit, and she said he wore blue surgical shoe covers and begged her to go on a date with him.

She alleged he stalked her and filed a restraining order against him.

By late 2005, Gargiulo was living with another woman in El Monte, a suburb east of Los Angeles. Across the courtyard of their apartment complex lived Maria Bruno, a 32-year-old mother of four.

Ten days after Bruno had moved into the complex, in the early morning hours of Dec. 1, 2005, Gargiulo snuck into her home through the kitchen window and murdered her.

When she was found the following morning, her throat was slashed along with numerous other stab wounds, and her breasts had been removed, with one of them placed over her mouth.

The only clue found at the crime scene was a blue surgical shoe slipper, which contained a drop of Bruno’s blood and was discovered outside her apartment, reported Chicago magazine.

Gargiulo soon moved on to another woman, and the couple lived together in Santa Monica. Across the alley from their second-story apartment lived Michelle Murphy, a petite 27-year-old. It was later determined Gargiulo had a direct line of sight into Murphy’s bedroom.

Murphy awoke in her bed on the night of April 28, 2008, as a man in a hoodie and a baseball hat repeatedly stabbed her in the chest. Despite being only 5 foot 1 inches tall, she was able to fight him off.

“I was fighting with everything I had,” she later testified, according to People magazine.

On his way out the door, her assailant said, “I’m sorry.”

During the melee, Murphy’s attacker had cut himself as they struggled over his blade. Detectives with the Santa Monica Police Department ran the DNA through a national database, which matched Gargiulo’s sample from the Pacaccio case.

Gargiulo was arrested in June 2008 on an attempted murder charge and held on $1.1 million bail, according to the Daily News. A search of his car produced a bag of tools and blue shoe slippers, while a subsequent search of his old apartment in El Monte led to the discovery of the matching bootie used in the Bruno slaying, reported Chicago magazine.

DNA from Gargiulo also came back as a match to the genetic material found on the bootie from the crime scene.

Gargiulo was charged with the murders of Ellerin and Bruno in September 2008, and he also faced the special circumstance allegation of lying in wait for his victims, reported the Los Angeles Times.

It would be another three years before prosecutors in Cook County, Illinois, felt they had enough to indict. Finally, in July 2011, Michael Gargiulo was charged with the 1993 murder of Tricia Pacaccio, according to CBS 2 in Chicago.

Gargiulo’s California trial got under way in May 2019, with prosecutors labelling him a “serial sexual-thrill killer” who got off on sadistically murdering beautiful young women, according to the Los Angeles Times. Among the hundreds of witnesses called was Ashton Kutcher, who recounted his ill-fated date with Ellerin in 2001.

Gargiulo’s defense team argued his innocence in the murders and claimed he had “no recollection” of attacking Murphy due to mental illness, according to the Los Angeles Times.

He was found guilty on all charges, and in fall 2019, jurors unanimously recommended Gargiulo be put to death, according to The Washington Post. Earlier that year, however, California Gov. Gavin Newsom suspended the death penalty indefinitely.

A superior court judge set a formal sentencing date for Feb. 28, 2020, but it has since been delayed after a defense motion was filed seeking a new trial.

Gargiulo’s extradition to Illinois to go on trial for the murder of Pacaccio has yet to be scheduled.

Who Was Ashley Ellerin, Victim Of The 'Hollywood Ripper'?