Sign Up for Free to View
Was There Justice in the Phillip Taylor Case? 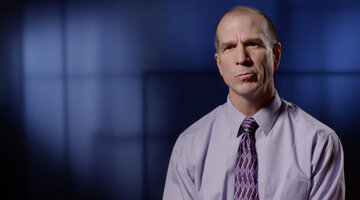 1:28
Preview
An Ex-Lover’s Plot Is Revealed in Phillip Taylor Murder 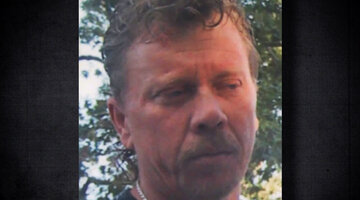 2:18
Preview
A First Look at the Murder of Phillip Taylor 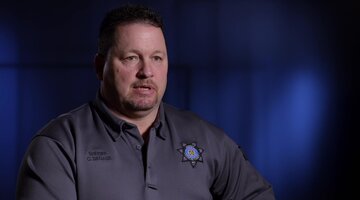 After getting sober, Phillip Taylor tried to become a better father to his children. One of their mothers, however, had no interest in forgiving him.

Taylor was born in 1966 and grew up in Florida. As a teenager, he showed an aptitude as a mechanic and dropped out of high school to work at a car dealership. In his 20s, Taylor moved to the Ozarks and got a job at Marvin Elliot’s shop in Norwood, Missouri.

“We became friends and he went to work for me. Easy to talk to and just a nice guy,” Elliot told “Snapped,” airing Sundays at 6/5c on Oxygen.

While in Norwood, Taylor met his first wife, Melina Aldridge, who was a single mother with a young daughter, Ashley. They married in 1994 and had a daughter of their own together, Shelbie. But after several years of domestic tranquility, Taylor went astray. He began running with a bad crowd and started partying too much, according to "Snapped." Eventually, he had an affair with 17-year-old April Quick.

Aldridge divorced Taylor in 1998. He and April, now 18, moved to Florida, where she became pregnant. Having left one family behind in Missouri, Taylor wasn’t ready to start a new one and he began drinking more.

Soon after the birth of their first child, April became pregnant again. As Taylor’s family grew, he began using drugs.

Taylor and Quick returned to Missouri where she became pregnant again. He tried rehab, but couldn’t maintain his sobriety and moved back to Florida. After failing to make child support payments in 2007, he went to jail and finally got clean.

“After he had been arrested and put in jail, it’s like it dried him up and he got drug free and he was like a different person,” Aldridge told “Snapped.”

Taylor then returned to Missouri where he tried to become a better father to his children.

“He reached out to my mother and wanted to try to build a relationship with me again so he started emailing me and it just kind of grew from there,” daughter Shelbie told “Snapped.”

Taylor’s troubles seemed behind him. He opened his own repair shop and secured a loan to buy his own house.

But on the night of September 10, 2010, a 911 call came into the Douglas County Sheriff’s Office from a roadside park north of town. A body had been spotted face down in the road in a pool of blood.

“The first thing that was obvious to me was a gunshot wound to his left temple,” Missouri State Highway Patrol MSgt. Warren Wiedemann told “Snapped.”

A single .22 caliber brass bullet casing and Taylor’s empty wallet were found on the ground. While it appeared to be a robbery gone wrong, the violent nature of his death suggested a personal motive.

“There were stab wounds to the back of the head. It was obvious he was attacked from behind which led me to believe there were two people,” Douglas County Sheriff’s Investigator Chris Degase told “Snapped.”

The following morning investigators spoke with Marvin Elliot, who last saw Taylor at around 6 the previous evening. He said Taylor had a complicated love life with multiple girlfriends, including married women.

Investigators searched the trailer where Taylor lived and found an empty box for a new cell phone and a certified letter to April Quick, who now lived in Arkansas. The letter concerned visitation with Taylor and Quick’s three children and demanded a legal response by September 18, 2010.

“He had previously sent another letter to her that she never responded to. He said he had been paying child support for two years and that if he wasn’t allowed to see his children he was going to take her to court,” explained Wiedemann.

Taylor’s missing phone had been pinged heading south toward Arkansas. That wasn't the only connection to the state: On the night of the murder, he had received two calls around 9 p.m. on a prepaid TracFone that was purchased at an Arkansas Walmart near Quick’s home.

RELATED: Women Who Lived Under Multiple False Identities Murders Coworker Who Threatened To Expose Her

Surveillance footage showed an unknown woman purchasing the phones. After contacting police in Arkansas, she was identified as Aimee Herring, Quick’s live-in girlfriend.

“An officer looked at it and he said, ‘That is Aimee Herring. In fact I was just called to her house where they reported some money and jewelry and a .22 caliber pistol stolen from the residence on Friday night.’ The same night that Phil was murdered,” said Wiedemann.

Quick was interviewed by police on September 14. She alleged Taylor physically abused her when they were a couple and that she and Herring had been in a relationship for three years and were raising her children together.

Regarding Taylor's initial letter, she claimed she thought he was still on drugs or on parole and ignored it. She said she planned on responding to his second letter until learning of his death.

“I guess the rumors are he screwed around with the wrong guy’s wife,” Quick told detectives in her videotaped interview, which was obtained by “Snapped.”

When asked about her whereabouts on the night of the murder, Quick claimed she and Herring had gone to a movie at around 9 p.m. When they returned, they discovered their home had been burglarized. Detectives tried to confront Quick with the evidence against her, but she ended the interview, saying, “I see where this is going. I’m done. I’ll get a lawyer.”

While walking out of the interview room, Quick appeared to allude to Taylor’s murder, saying, “Well, I’ll say nothing is premeditated.”

Herring also refused to cooperate with detectives and requested a lawyer.

On September 16, 2010,  April Quick, 32, and Aimee Herring, 29, were arrested and charged with first-degree murder, according to the Arkansas Democrat-Gazette newspaper.

At Quick and Herring’s home, investigators found burnt items in their backyard, including clothes, a knife, and the remnants of a phone they believe belonged to Phillip Taylor.

After her arrest, Quick met with detectives again and told them about the events that led up to Taylor’s murder. She said that when she received Taylor’s certified letter, Quick arranged to meet him at an old rendezvous spot they used when “he was married to Melina.”

Claiming she was scared of Taylor due to his violent past, Quick brought Herring, who was armed with a pistol. They arrived first and she told Herring to remain hidden.

“I didn’t want to explain the lesbian thing. That’s why I wanted her to hide because I was afraid he would use that to try and get the kids,” Quick says in her second interview, video of which was also obtained by “Snapped.”

“He pulled the back of my hair telling me I wasn’t going to keep him away from his kids, going off like he always did,” Quick tearfully tells detectives.

That was when, she alleged, Herring jumped out and started stabbing Taylor to get him away from her. Quick claimed that Herring told her to get her gun from the truck as she struggled with Taylor.

“I got the gun and I handed her the gun and then both of our hands were on the gun and the gun goes off right on his head,” Quick said, crying hysterically. “It wasn’t planned. Neither one of us planned it.”

The women stole Taylor’s cash and phone to make it look like a robbery. They then set fire to the incriminating evidence on the side of the highway but Quick later retrieved it, lest it be found by police. She claimed it was Herring’s idea to report that their home had been burgled.

Despite her confession, the nature of Taylor’s head wound undermined Quick’s credibility: Taylor was shot at close range.

Herring also made a statement to detectives. Her version of events mirrored Quick’s except for the details of the shooting itself.

“I stabbed the motherf--ker until he hit the ground and then I shot him in the head,” Herring tells detectives in her videotaped interview, which was obtained by “Snapped.”

Investigators were unable to substantiate Quick’s allegations against Taylor. No reports of domestic abuse had ever been made against him and those who knew him claim he wasn’t a violent man.

“Aside from April Quick, that’s the only person that we found that indicated that Phillip had any type of violent past,” said Degase.

Investigators believed Quick and Herring’s lack of physical injuries and the lengths that they went to conceal the murder, including the destruction of evidence and filing false reports, pointed to premeditated murder.

Ultimately, both women pleaded guilty to second-degree murder as well as other related charges.

In June 2011, Amy Herring was sentenced to 15 years in prison, according to local newspaper the Douglas County Herald. Now 41, she will be eligible for parole later this year.

In April 2012, April Quick received a 20 year-prison sentence, according to the Associated Press. She will be eligible for parole in September 2025 at the age of 47.