Sign Up for Free to View
Was Justice Served in the Irenia Cotner Case? 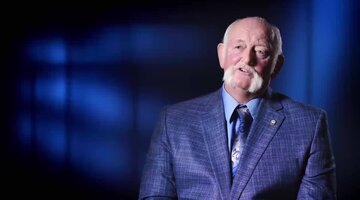 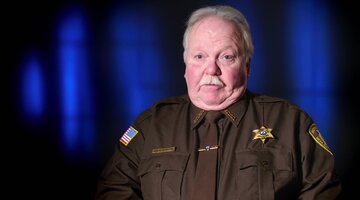 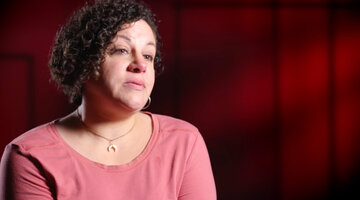 Joshua Bennett joined the Army at the height of the Iraq War — but the danger that led to his end was back home.

Born in 1985, Josh's parents divorced when he was a boy and he was raised by his father in the small town of Mattoon, Illinois. While a student at Mattoon High School, Bennett participated in the J.R.O.T.C. program, and after graduating, he enlisted.

“I believe Josh just wanted to kind of get out of the Mattoon area and travel and just see the world. Everybody was rooting for him. We were all proud of him,” friend Jennifer Blackwell told “Snapped,” airing Sundays at 6/5c on Oxygen.

Josh finished basic training in the summer of 2005. But just before he was to be deployed to Iraq, his father died. Josh took a leave of absence and returned to Mattoon. Back in his hometown, he decided to reconnect with his mother, Jacqueline Bennett. On August 22, 2005, Josh traveled to Claremont, Illinois, where his mother lived with her boyfriend, Lee Jackson. That night he spoke on the phone with his girlfriend, Jame Hopper-Talbert.

“I talked to Josh on the phone when they were getting ready to eat dinner,” Jame Hopper-Talbert told “Snapped.” “I was under the impression that I would talk to him tomorrow. I never thought that would be the last time that I spoke to him.”

In the early morning hours of August 23, Richland County Sheriff’s Deputy Robert Blythe was dispatched to Jacqueline's home after a frantic 911 call.

Blythe walked in and found a man crawling across the floor, bleeding profusely. He then spotted Lee Jackson's 23-year-old son, Jackie Jackson, who he knew from town.

“He just yelled out my name and he said, ‘Robbie, I shot him,'” said Blythe.

Jackie told Blythe that the man he shot was an intruder who had stabbed both the Bennetts. Paramedics rushed to the scene but were too late to save Joshua Bennet, who died from a fatal stab wound to the chest, according to Evansville, Indiana, NBC-affiliate WFIE.

“There’s very few murders in this area where you walk in and you’ve got so many people are injured and you’re trying to figure out who’s the bad guys and who’s the good guys,” former Illinois State Police Sgt. Kelly Henby told “Snapped.”

Jackie explained that he lived at the home with his father, who was at work, Jacqueline Bennet, and Jackie’s pregnant girlfriend, 17-year-old Lindsey Kasinger. Josh had come over for dinner the previous night. Around 3 a.m., while sleeping in the basement, Jackie heard a commotion and ran upstairs with a loaded shotgun.

“He saw two men in black clothing and ski masks stabbing Mr. Bennett in the chest and abdomen,” said Henby.

Jackie struck one of the intruders in the face with the butt of his rifle and shot the other while wrestling over the gun. After dropping the gun in a panic, Jackie fought with the other assailant.

“He had grabbed the knife and stabbed the suspect in the inner thigh on the suspect’s right leg,” said Blythe.

Following his stabbing, the attacker fled, leaving his partner bleeding on the floor. Kasinger ran to a neighbor’s house and called 911.

Authorities fanned out over the county and put out an APB for the wounded attacker. Meanwhile, detectives tried to discover the identity of the other assailant who was fighting for his life at a nearby hospital.

Before slipping into a coma, the man identified himself as David Lindner. He would only identify his co-conspirator as “Ricky.”

“I asked him why’d this happen, what’s going on? And he said, ‘The lady put a hex on us so we had to kill her,'" explained Henby.

Also at the hospital was Jacqueline Bennett, who said she woke up in the middle of the night and went into the kitchen where she saw the two intruders. They attacked her and her cries of pain awoke Joshua, who ran to her defense.  He saved his mother’s life, but it cost him his own.

“He heard his mother needed help and he went, no questions. He was a hero,” said Hopper-Talbert.

Jacqueline told detectives she had never met David Lindner before. She was equally dumbfounded about his allegations that she put a hex on him.

Around 8 that morning, a hospital in neighboring Lawrence County, Illinois contacted authorities. They said a man had come in several hours earlier with a stab wound to his leg.

“He said everybody called him Ricky,” explained Henby.

Waggle asked Eck about his injury, which he claimed happened while installing drywall. As they spoke they were joined by Irenia Cotner, 34, and Jenny Wolfe, 20, friends of Eck’s who were there to pick him up.

“Irenia was very, very nervous. To me, she was visibly shaking, eyes downcast,” Waggle told “Snapped.”

Waggle questioned both women, who denied having any knowledge of the attack. Despite their suspicious behavior, they were released from custody.

Investigators interviewed Eck’s roommate, Misty Gangloff, 22, who also claimed to have no knowledge of the attack. In their home, however, investigators noticed a book on witchcraft.

“Upon seeing witchcraft literature in the residence, it would confirm suspicions I had that this was witchcraft related,” said Waggle.

Gangloff was brought in for questioning, and said she and Eck worked with Cotner and Wolfe at Walmart. They were friends and shared a fascination with witchcraft and the occult. Cotner, who was a decade older than both women, styled herself as the leader of their “coven.”

"They would have these candlelit ceremonies and they would talk about ridding themselves of hexes,” attorney David Williams told “Snapped.”

Gangloff said that in the spring of 2005, Cotner told them Lindsey Kasinger had put a hex on them. She said the only way to lift the curse was to murder the pregnant teenager and her unborn child, according to Illinois’ Journal Gazette / Times-Courier newspaper.

Investigators next interviewed Eck, who said Cotner had also convinced him of Kasinger’s hex. He admitted being involved in the murder plot and to recruiting David Lindner, who believed himself to be a warlock.

On the night of August 22, Cotner gathered Eck, Lindner, and Wolfe together for a seance. She told them the flicker of her ceremonial candles indicated the time was right for Kasinger’s murder. Cotner would not join them on their mission but would enlist demons to protect them. She said Kasinger’s murder had to be completed before her candles burned out.

While Wolfe waited in a vehicle outside, Eck and Lindner entered through an unlocked kitchen window and encountered Jacqueline Bennett.

“They stabbed Jaqueline thinking she was Lindsey because it was dark in there,” said Henby.

Josh then came to his mother's aid and was killed. After Jackie Jackson came to help, shooting Lindner and stabbing Eck, Wolfe drove Eck to the hospital and disposed of his bloody clothes, according to the Journal Gazette / Times-Courier.

Irenia Cotner, Jenny Wolfe, Oscar Eck, and Misty Gangloff were arrested and charged with first-degree murder and home invasion, according to the Journal Gazette / Times-Courier.

Before he could face justice, David A. Lindner succumbed to his injuries, dying in March 2006 at the age of 30, according to the Journal Gazette / Times-Courier.

Jenny T. Wolfe went to trial and in April 2008 was found guilty of first-degree murder, home invasion, and conspiracy to commit murder. She was sentenced to 32 years in prison and is scheduled for release in 2040.