Skip to main content
Preview
Snapped 2410: Someone Was Trying to Get Away with Murder 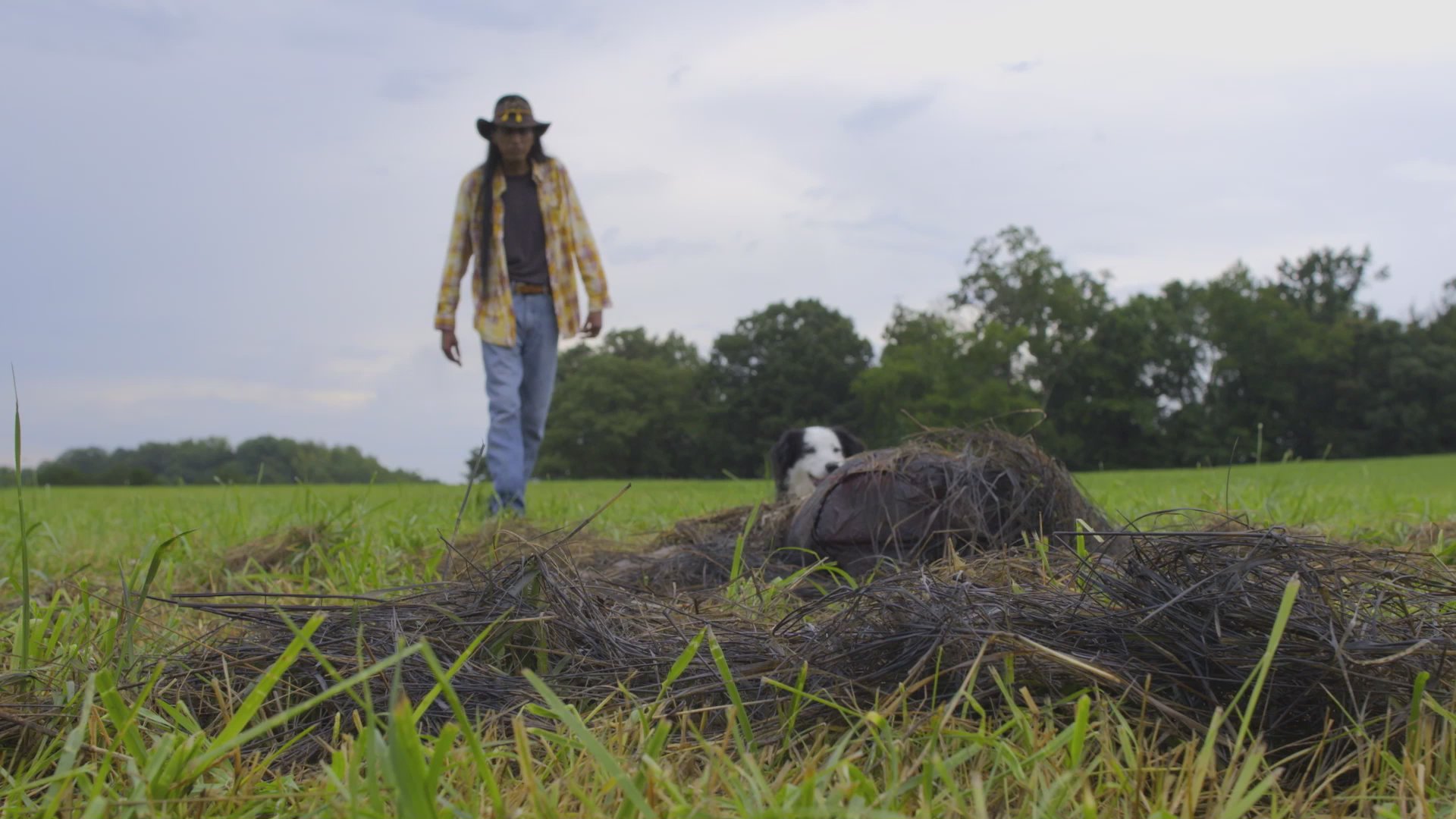 In April 2015, the badly burned torso of a man was found in a remote part of the Crow Indian Reservation, southeast of Billings, Montana. His head, hands and legs were missing, making identification no easy task. Police eventually identified the body as 38-year-old Jeffrey Christopher Hewitt, who had recently moved to the area to live with his girlfriend, Carri Standsoverbull. When police learned the truth of what happened to Hewitt, it sent shockwaves through the community, leading to multiple arrests and an investigation that remains open to this day.

Life was never easy for Carri Standsoverbull. She grew up poor on the Crow Reservation, where the weather and land can be unforgiving, and opportunities are limited. Fortunately, she grew up in a tight-knit family that always looked out for each other. She was especially close to her younger brothers, Patrick and Isaiah, who would do anything for their big sister.

Though Carri could count on her family for support, she never found a man she could depend on. By 2014, she was divorced with several children to raise on her own. She lived in a rundown apartment building in Billings, known as a haven for troublemakers.

Frustrated by her local dating prospects, Carri turned to online chat rooms in hopes of finding new romance. She soon began exchanging messages with Josh Hewitt, a welder in his late 30s. Though he lived in New Mexico at the time, Hewitt had grown up in California. Like Carri, he came from a big, tight-knit family, was divorced and had several children.

After several weeks of chatting online, Carri convinced Josh to visit her in Billings, and the two found their chemistry was even stronger in person. Having kids himself, Josh didn’t mind that Carri had children of her own.

“They were hitting it off, he loved her children, he was really happy that she had children and they just got along really well,” Jeff’s mother, Leonora Jones, told “Snapped.”

“Jeffrey had a good skill. He could get a job anywhere. He was a great welder. And to her, he would be like, her knight in shining armor,” said Leonora Jones.

Later that year, he proposed to Carri, and they began planning their wedding. Jeff felt he had found the woman he could spend the rest of his life with and, in fact, he had. But, it wouldn’t pan out the way he imagined.

On April 15, 2015, Jeff's torso was found in a canyon on the Crow Indian Reservation, though he wasn't immediately identified. It had been badly burned, was missing its head and limbs, and had possibly been picked over by animals.

“A torso that has had all the potential identifiers removed, specifically the head, and the hands, and the legs, that's a very difficult point to start an investigation from,” Chief St. John explained to "Snapped."

The remains were so badly damaged that investigators weren’t even able to determine the cause of death. However, the lack of blood where it was discovered led them to believe the person had been killed elsewhere. Their only clue to the victim’s identity was the partial remains of a tattoo.

“The body had a tattoo on its back, across its shoulders. It was burned so that it couldn’t be read completely, but some of the letters were written in script and it was ‘E-W-I-T-T’,” Detective Jim Gartner told “Snapped.”

The only other clue was a coupon mailer, which had been used as kindling to help start the fire that burned the body. It had an address on it for an apartment 28 miles away in Billings. It was the apartment of Carri Standsoverbull.

Police served a search warrant on Carri’s apartment on April 21, 2015. While they didn’t find any evidence of a murder being committed, nor a body being dismembered, they did find a wallet belonging to Jeffrey Hewitt.

“Jeffrey Hewitt’s last name was spelled H-E-W-I-T-T. This is very interesting because the tattoo across the back basically spells that without the H, which would have been burned off by being on fire,” explained Detective Gartner.

A DNA test would confirm the remains found on the Crow Indian Reservation as Jeff’s.

When investigators asked Carri about her relationship with Jeff, she said he had been her live-in boyfriend until a couple months ago, when they had broken up and he had moved back to California. When police notified Jeff’s family, they were shocked.

“I didn’t realize that he went missing,” said his mother Leonora Jones. “I thought he was just busy with work.”

Jeff’s family told police that ever since getting engaged, Jeff and Carri’s relationship had grown volatile. They said Carri took Jeff’s money and bossed him around. Even though he loved her and the kids, he was thinking of calling off the wedding and moving back to California.

“The last time I talked to him he says… he was whispering to me, she would monitor the phone calls, and he says, ‘Mom, it’s bad here’,” Leonora Jones told “Snapped.”

Detectives decided to bring in Carri Standsoverbull for questioning. When they asked her why she and Jeff Hewitt broke up, she claimed he had become physically abusive, on one occasion kicking her small child in the head. She said this angered her friends, who took action.

“They were under the impression that he was beating on her and her children, and this made them mad,” Detective Jim Gartner told “Snapped.” “There was often alcohol involved in this, and it would cause these people to want to beat on Jeff.”

She said she didn’t know what happened to Jeff, nor would she give the full names of the men she said beat him.

As police interviewed Carri and Jeff’s neighbors, they learned her apartment was a regular location for loud, drunken parties, with a constant stream of visitors day and night, most of whom were inebriated, according to witnesses. One constant presence was Carri’s younger brother Patrick.

When detectives interviewed Patrick Standsoverbull, he was extremely forthcoming with information about what happened to Jeff Hewitt. He confirmed that Carri and Jeff’s relationship was extremely volatile, prone to drunken fights, with Carri usually the aggressor. Patrick Standsoverbull said he believed the fatal beating occurred about a month before the body was found. He said Carri and a group of men beat Hewitt, who later died from his injuries.

She then called her brothers Patrick and Isaiah in a panic and asked them to help her dispose of the body. They drove it out to the reservation, where they tried to dismember it with a chainsaw. When it broke, they finished dismembering Hewitt’s body with an axe. They then set the body on fire and left after 10 minutes. Carri took the head, wrapped it in a tarp and threw it away in another location.

When detectives caught up with Isaiah Standsoverbull, he not only verified Patrick’s statement, but he also helped them locate crucial evidence.

“Isaiah was instrumental in cooperating with detectives, telling them not only about some of the tools, such as the chainsaw and an axe that were used to mutilate Jeffrey’s body, he actually led investigators to where those items were hidden,” Prosecutor Ed Zink told “Snapped.”

He also helped them locate Hewitt’s head, which had a broken jaw.

Police arrested Carri Standsoverbull in early January 2017, and charged her with deliberate homicide, aggravated assault and tampering with evidence. Patrick Standsoverbull, meanwhile, was charged with aggravated assault and tampering with evidence. According to police records, at least five people participated in the fatal beating of Jeff Hewitt, though to date no other arrests have been made.

With her trial about to start in July 2017, Carri pleaded guilty to negligent homicide, aggravated assault by accountability and two counts of tampering with evidence. She was sentenced the following October to 40 years in prison and is required to pay over $10,000 in fines and restitution.

At the same time his sister was being sentenced, Patrick Standsoverbull pleaded guilty to two felony counts of tampering with evidence and one misdemeanor count of assault. He later received the maximum sentence of 20 years in prison. Isaiah Standsoverbull has never been charged with any crimes related to Jeff Hewitt's death. Police say the investigation is ongoing.