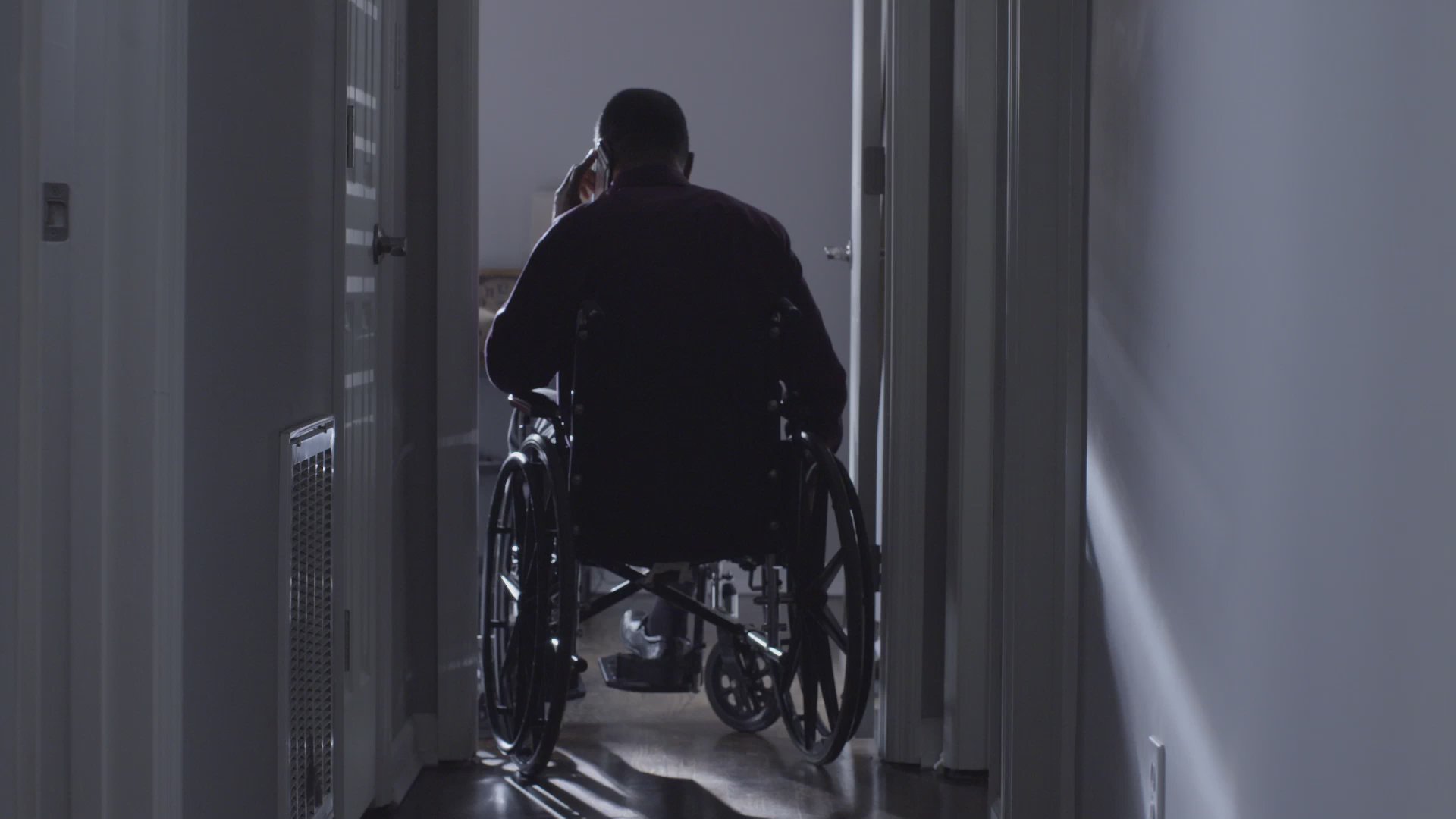 On October 25, 2014, a frantic 911 call came into the call center in Kokomo, Indiana. A man named Tommie Hammock had discovered that his caretaker, 45-year-old Corey Story, was lying unresponsive on his bedroom floor. Upon arrival, police saw that the victim had suffered two gunshot wounds. Authorities were puzzled.

Who committed this heinous act, and why would someone want to hurt a beloved caretaker?

Cynthia Coates, 54, was blessed with a charismatic personality. As a teenager, she fell in love with an older man named Louis. Over the years, Louis worked at the local chemical plant, and Cynthia took up a position at a nursing home. They eventually had two daughters. Later, they welcomed a granddaughter named Ciendra, who tragically died in infancy. It affected Cynthia deeply.

In the wake of suffering, she found support in her family friend Tommie Hammock, who was a paraplegic and wheelchair bound. In 2009, Louis ironically befell a similar fate after suffering several strokes. A devoted wife, Cynthia stayed by his bedside, and the two eventually got married.

"Cyndi was there 125 percent. She was not going to let him go in a nursing home. She would mow her own yard, do laundry, she did it all, kept the house spotless. That woman took care of that man," said Cynthia's friend Lori Wilkinson.

Amid the stress of taking care of her ailing husband, Cynthia got a glimmer of relief when she met Corey Story in 2011. A "super great guy," he was a natural caregiver. Friends remember the two hit it off, and in 2012, Corey moved in to help Cynthia take care of her husband. Later, he also started helping out Tommie.

Since Corey was obviously appreciated by many, they were shocked he became the victim of such a cold-blooded murder. In the wake of the shooting, authorities delved into the crime scene. There was little to build upon.

"Other than Mr. Story’s body lying there, everything else appeared to be normal, with the exception of two spent shell casings," remembered Scott Purtee, Kokomo Police Detective.

Tommie had two .380 caliber guns, which was the same type of gun that killed Corey. Despite being in a wheelchair, police wondered if he could he be a suspect. Nothing appeared to be missing, and it didn't look like a break-in. It was strange, however, that items were missing on Corey, namely his cell phone and car keys.

Authorities questioned Tommie and found that he had an alibi — he was at a birthday party for Louis, and he had been picked up by Cynthia earlier in the day.

But then someone dropped a bombshell in the investigation. A friend of Corey's revealed that Corey and Cynthia had been romantically involved. After some time together, however, the idea of being with a married woman apparently bothered him, and he moved out. This all occurred just two weeks before his murder.

Friend Candias Scott-Moore told "Snapped" that Cynthia was furious at Corey for leaving her: "Cynthia went crazy when Corey told her he didn’t want to be with her anymore. She started with the text messages; threaten him. Tearing his clothes up. Just being crazy."

With this new information, authorities looked into Cynthia, and red flags weren't hard to find. During her husband's birthday party, she mysteriously left for an hour or two and claimed she needed to get her car washed.

A reporter told "Snapped" that when she returned, "the people at the party noted that the car had not been washed."

When brought in for questioning, Cynthia claimed her husband knew about her affair and wasn't upset by it.

Kokomo Police Captain Teresa Galloway recounted, "And her words are, ‘Cause he was paraplegic, he was okay with her being involved with someone else.’"

She also denied any drama with Corey and said that she was the one who had suggested he move out. Cynthia also disputed leaving the party for as long as the other guests told police. Along with this discrepancy, police were also perturbed about her erratic behavior.

"She was not wearing shoes. I believe that she may have possibly had blood on her shoes," said Purtee.

Police didn't have enough evidence to arrest Cynthia, but an anonymous tip later came in that rocked the case. A person who worked with Cynthia's daughter Angel Benson claimed that she admitted that her mother had shot someone.

Prosecutor Mark McCann told "Snapped," "Ms. Benson took a phone call, came back distraught, made a comment to the effect of, “I think my mom shot someone."

The tipster added that evidence could be found at the grave of the departed granddaughter. After searching, authorities unearthed damning evidence.

"Just to the north of the headstone was a small area where the dirt had been obviously turned over and then replaced back into the hole. What we located were Corey Story’s car keys, which we knew were missing from his vehicle or from his person, at the scene. We located parts of a cell phone, and we located rubber gloves. At that point, we were confident that these items had been taken from him during or after the murder," said Purtee.

Angel was brought in for questioning, and at first, she wasn't willing to implicate her mother. But once she found out the evidence had been found at her child's grave, "she was very distraught. That really seemed to bother her. At that time, she did admit that her mom told her that she had shot and killed Corey," said Kokomo Police Detective Chad Rogers.

Angel, however, claimed Corey had been abusive, and that's what drove her mother to kill.

Rogers explained, "With Corey, there’s, there’s two different pictures painted. His friends, family, talked about how kind he was, and a great guy. However, if you speak to Cynthia’s family they talk about him being angry, being abusive."

On October 28, 2014, Cynthia was charged with murder, as Fox 59 reported. When interviewed, she behaved strangely, talking in circles and making up bizarre stories. In jailhouse calls, she claimed Angel and her husband actually committed the murder. That story never checked out. Competency hearings took place, and it was determined that Cynthia could stand trial. That said, prosecutors weren't sure that the jury would convict.

"Juries are unpredictable. And, the worst possible outcome in this case was for Ms. Coates to go free, to walk out. And, we took that risk off the table by entering into the plea agreement," said McCann.

Cynthia ended up taking a plea deal prior to trial, as the Associated Press reported.

McCann told "Snapped," "She admitted that she knowingly or intentionally, on or about October the 25th, 2014, killed Corey Story on Quail Drive, here in Kokomo Indiana, while acting under the sudden heat, which is voluntary manslaughter."

She was sentenced to 20 years in prison followed by 10 years on supervised probation, reported The Kokomo Tribune. She will be eligible for parole in 2029.