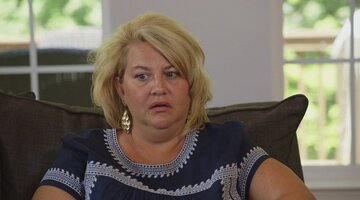 Crystal Rogers went missing from her home in Bardstown, Kentucky, on July 3, 2015, and in the three years following her disappearance, Rogers' family has refused to stop searching for answers. Though Rogers has been presumed dead by police and no one has been charged in the case, Rogers' mother, Sherry Ballard, remains hopeful.

"I’ve been doing everything I could to find my daughter,” Sherry said in a recent interview.

Before his death, Rogers' father, Tommy Ballard, led his own personal investigation into her disappearance. Sherry believes Tommy was getting close to finding out what happened to her before he was fatally shot in the chest by an unknown person during a 2016 hunting trip.

“From the minute my daughter started missing my husband was like the investigator. ... If he wasn’t physically looking for my daughter, he was on the internet looking at everything," Sherry told Oxygen's docu-series "The Disappearance of Crystal Rogers."

Tommy kept all of his findings in a box, which has only been shared with close friends and family ― and, now, reporter Stephanie Bauer and retired homicide detective Dwayne Stanton.

In the fourth episode of "The Disappearance of Crystal Rogers," Bauer and Stanton did another sweep through Tommy's box and found a letter written to the Ballard family by a prison inmate in February of 2016. The inmate claimed to have information about Rogers' disappearance as well as two other unsolved murders in Bardstown — the fatal shooting of 33-year-old Bardstown Police Officer Jason Ellis and the double-homicide of 48-year-old Kathy Netherland and her 16-year-old daughter, Samantha.

"'I know this isn't much, but I tried to notify Bardstown police twice by letter not only about Crystal's case, but also about the Netherlands and Jason Ellis. Not one officer from Bardstown has bothered to come visit,'" Bauer read from the letter.

The inmate said he overheard a fellow convict disclose that "Crystal wasn't in Bardstown. He spoke of an area called White's Mill and Highway 62." Bauer explained there is an area near Bardstown named White Mills, which could be what the inmate was referencing. The inmate also said he knows details about the Netherland murders that haven't been released to the public, such as "there was no forced entry, [and] that a cellphone jammer was placed at the front door to kill all cellphone signals."

He went on to say he had information about Ellis' murder.

"'I told them things they don't know, such as three guys planned it in my basement,'" Bauer read. "'In 2012, several storage areas and other commercial burglaries had taken place in Bardstown, and I have evidence to that as well.' So he's saying storage units being burglarized had something to do with Jason Ellis' killing?"

"So maybe Jason was on to the burglaries?" asked Stanton.

"And maybe the guys doing the burglaries are the same guys that retaliated and killed him," said Bauer.

The inmate also said a shotgun from the night of Ellis' murder was destroyed with a cutting torch and a vise, both of which the inmate said he still has.

Bauer and Stanton agreed to investigate the inmate's claims and possibly visit him in the prison where he's being held.

To find out what happens next, watch the finale of "The Disappearance of Crystal Rogers" on Oxygen.

Are These Unsolved Kentucky Murders Connected?