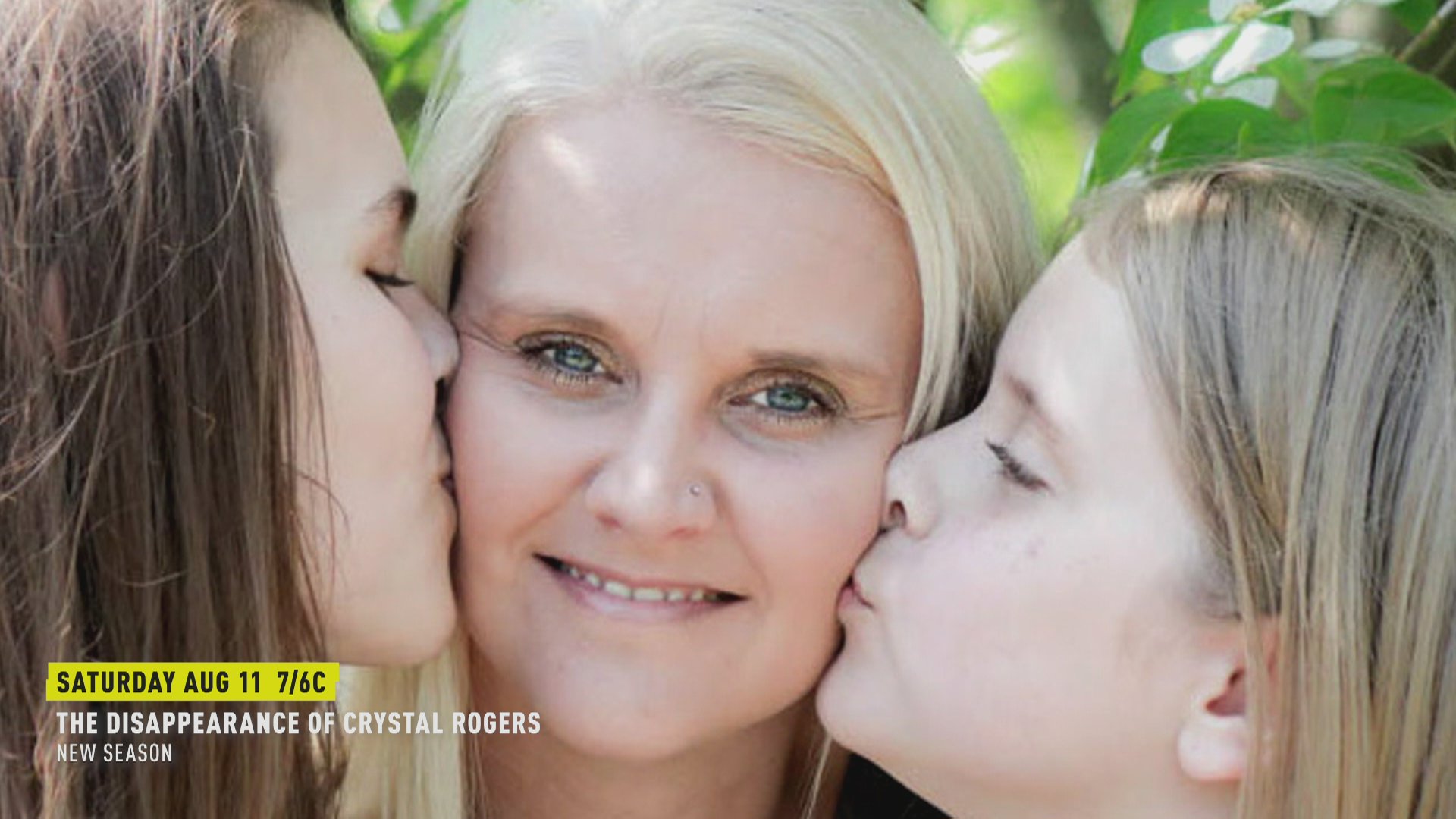 Oxygen Media, the destination for high-quality crime programming, dives head first into the unnerving and complex story of a small town shrouded in secrets in the six-part event series, “The Disappearance of Crystal Rogers,” beginning Saturday, August 11 at 7pm ET/PT with a two-hour premiere. Thisis the third installment of the hit “Disappearance of…” franchise, following the previous cases of Natalee Holloway and Maura Murray. What begins as an exploration into the mysterious circumstances surrounding Crystal Rogers, a mother of five vanishing from the tiny town of Bardstown, Kentucky, quickly spirals into the dissection of multiple unsolved homicides haunting this idyllic, heartland community. Presumed dead and the victim of foul play, it has been over two years and there have been no arrests made in Crystal’s case. Additionally, Crystal’s father, Tommy Ballard, who was conducting his own 16-month investigation into his daughter’s disappearance, was shot down and died, leaving a box of clues behind. This series will follow Emmy Award-nominated reporter Stephanie Bauer and veteran homicide detective Dwayne Stanton, who has worked on celebrity cases and more than 750 homicide investigations, as they relentlessly unearth new leads, insights and information.

Stephanie and Dwayne recruit several experts to help dig deep into the mysterious and potentially connected unsolved crimes in Bardstown. Together, they’ll draw on Dwayne’s many years of hard earned experience, Stephanie’s relentless quest for answers and the many clues that Tommy Ballard left behind when his investigation was suddenly and violently cut short. Additionally, they’ll need to tread carefully so as not to interfere with the open investigation being conducted by the Kentucky State Police. The authorities acknowledge that having so many unsolved crimes in such a small town is atypical; the question remains, what secrets lie just underneath in Bardstown?

Timeline Of The Crystal Rogers Case