Sign Up for Free to View
The Disappearance of Phoenix Coldon 101: Two Phones 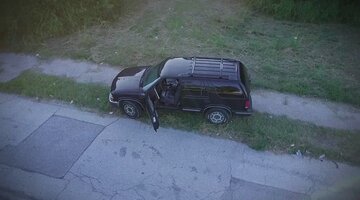 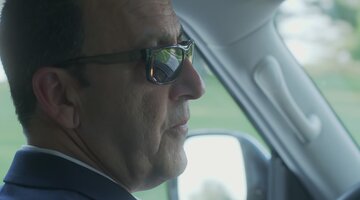 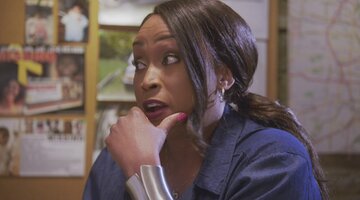 During part one of Oxygen's two-night special "The Disappearance of Phoenix Coldon," investigative reporter Shawndrea Thomas and retired deputy Police Chief Joe Delia sat down with the friends of Phoenix Coldon, who vanished from her hometown of St. Louis, Missouri in 2011.

When Thomas and Delia spoke to Coldon's fencing partner Brad Kemph, he echoed a lot of what Coldon's parents, pastor and fencing instructor have all said about the missing young woman — that she was polite, friendly, intelligent, and was well-liked by everyone. Home-schooled since sixth grade, Kemph said Coldon "didn't really go out" much and was extremely dedicated to their sport.

Pastor Mark Miller believed Coldon led a somewhat sheltered life, explaining, "It was very clear that she wasn't particularly worldly. She had some maturing, I think, just in terms of like living life. Someone who is somewhat naive about some of the ways of the world."

But underneath her successful image as an ambitious student and loving daughter was a side to Phoenix Coldon only a few of her friends got to know. While speaking with childhood friend Tim Baker, Thomas and Delia learned Coldon had been keeping various secrets in the months prior to her disappearance.

Baker said, "I came back for Thanksgiving break that year, and we met up. ... She said that she was going to UMSL. ... Later on, it came out that she had not enrolled in the last semester, and I did not know about that."

"Looking back now, obviously she was keeping something from me that she really didn't want me to know," Baker continued. "And that's the part that's aggravating and frustrating to me. There's this Phoenix that I know and this Phoenix that I don't know."

Baker also revealed that Coldon used to have two cell phones — one on her parents' family plan, and one on her own plan. Coldon presumably had the second cell phone so she could speak to another man without her then-boyfriend, Michael B., finding out. Baker then informed Thomas and Delia that Coldon had been living with Michael B. while she was in college.

"She told me, you know, obviously not to say anything to her parents, considering her parents are strict, very religious. It was kind of 'don't date until you're married,'" Baker said. "She probably thought there was no other way for her to have a boyfriend other than for it to be secret."

To learn more about Coldon's double life, Thomas and Delia met with Coldon's best friend, Akira Hogan. Hogan said Coldon had moved back in with her parents prior to withdrawing from her college courses, which was about six months before she disappeared. According to Hogan, that is when Coldon's life "went downhill": "She start changing after a while because she start arguing with her parents more. She seem more irritated, more like down."

At the time, Hogan also remembered that Coldon seemed "paranoid," felt like people were following her and believed "something" was after her. Because of this personality shift, Hogan said they stopped talking the week before Coldon vanished.

"We argued about something stupid. .... [She said] I said something about her and her boyfriend," explained Hogan. "I don't know if she was just trying to scare me, but she carried around a knife. ... She pulled it out ... and I was like, 'OK, well, are you going to use it? Who are you cutting?'"

Hogan said they "got over" the incident "in that second," but then Coldon did something else completely out of character.

Coldon reportedly never told Hogan where she was going or if she was leaving town with other people.

To find out more about Coldon's double life and learn what Thomas and Delia think happened to the missing 23-year-old, watch part two of "The Disappearance of Phoenix Coldon" on Oxgen November 4 at 7/6c.