Sign Up for Free to View
What Is 'The Fall Line' In Augusta, Georgia? 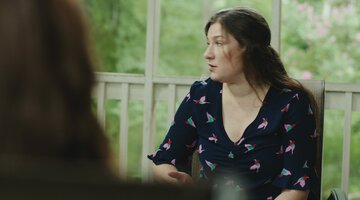 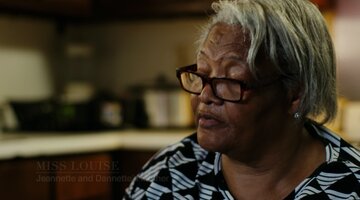 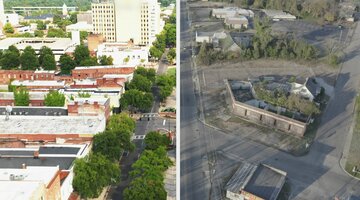 Now Playing
5:04
Exclusive
What Is 'The Fall Line' In Augusta, Georgia?

It has been nearly 30 years since 15-year-old fraternal twins Jeannette and Dannette Millbrook went missing in Augusta, Georgia, but the case has only recently gained attention thanks to The Fall Line podcast and an upcoming docuseries on Oxygen, "The Disappearance of the Millbrook Twins," premiering Saturday, Nov. 23 at 7/6c.

The initial investigation by authorities was lackluster and indifferent—at best. Richmond County Sheriff Richard Roundtree, who reopened the case after being elected in 2012, said that “an injustice was done to that family” in regards to the investigation of the Millbrook case.

"The Disappearance of the Millbrook Twins" retraces every step that the twins are thought to have taken on the day they disappeared through the accounts of family and friends.

Jeannette and Dannette Millbrook vanished on Sunday, March 18, 1990, about two weeks shy of what would have been their 16th birthday. In the morning, a church van picked up the Millbrook family for service. Their pastor gave the twins’ mother, Mary Sturgis, who goes by Miss Louise, some money to help the family buy lunch.

Miss Louise sent the twins to Church’s Chicken—a 15 to 20-minute walk. When they returned, Jeannette put the food on the table, and said someone in a white van had been following them.

The family had just moved into a new home, and the twins didn’t want to change schools mid-year. They’d be allowed to finish out the year at their old school but would have to pay for public transportation to get there, according to The Fall Line podcast.

But coming up with money to ride the public bus wouldn’t be easy.

Miss Louise suggested the twins reach out to their godfather, Ted, for help, and he agreed to give them some money.

It was a 45-minute walk to Ted’s house, and trekking anywhere in that area in 1990 did not come without some risk.

In fact, on the same day the twins went missing, their cousin Yolanda Curry said that she and her cousin were walking home when “a guy all of a sudden came from around a building” and “began to chase both of us.” While he failed to catch them, Yolanda said she could hear “his breathing, his footsteps” behind her.

"Still to this day, it’s in my head," she told producers of "The Disappearance of the Millbrook Twins."

At about 4 p.m., Miss Louise began to make phone calls in an attempt to locate her daughters, and she found out that the twins did make it to their godfather Ted’s house.

"He said they came there and he gave them $20 to catch the bus back and forth to school,” Shanta told “The Disappearance of the Millbrook Twins.” After he gave them the $20, he gave them some extra change to buy them some snacks or whatever ‘cause he do that for us all the time."

Once it grew dark outside, Shanta said she could tell her mom was “really scared” and that it was “unlike them not to come home.” The twins had promised to be home for dinner.

The family would learn that after the twins had gone to their godfather’s house, they stopped by their cousin Juanita’s house and asked if she could come over to spend the night with them, according to Shanta.

Next the twins stopped by the home of their older sister, who lived around the corner from Juanita, and asked if she would walk them home, which The Fall Line points out is odd, because she’d just had a baby.

There have been questions on Reddit boards as to why the twins were asking people to walk with them. Were they scared of something or someone? Remember, Jeannette did say a white van had been following them earlier in the day.

The last person that the Millbrook family knew saw the girls alive was an attendant named Miss Gloria at The Pump-N-Shop, near 12th St. and Martin Luther King Jr. Boulevard. Miss Louise and Shanta walked over to the Pump-N-Shop themselves, looking in bushes and banging on doors along the way, because the twins’ godfather had given them money for snacks and the twins’ older sister said they’d walked off in the direction of the shop.

"We frequent that store all the time, and the lady in there, she knew my mom, she knew all of us, cause that's the store we always went to buy candy, chips, or whatever we wanting to buy,” Shanta told “The Disappearance of The Millbrook Twins."

Shanta also said that Miss Gloria confirmed that the twins did come into the store that day and bought candy, chips, and something to drink. “Miss Gloria don't remember if they got in a car with somebody, or not, because it happened too fast,” said Shanta. “She was ringing up another customer, and she looked up and they was gone that fast.”

Armed with this perplexing information, Miss Louise decided to call the authorities, but was told she would have to wait 24 hours before she could report them missing.

When Miss Louise called back after the 24-hour wait period, she talked with investigator Jim Shipp, who became the original investigator on the case. Miss Louise told producers of “The Disappearance of the Millbrook Twins” that he said to her the twins probably ran away.

Dannette and Jeannette Millbrook would be 45 years old today.

Preview 'The Disappearance of the Millbrook Twins' Now