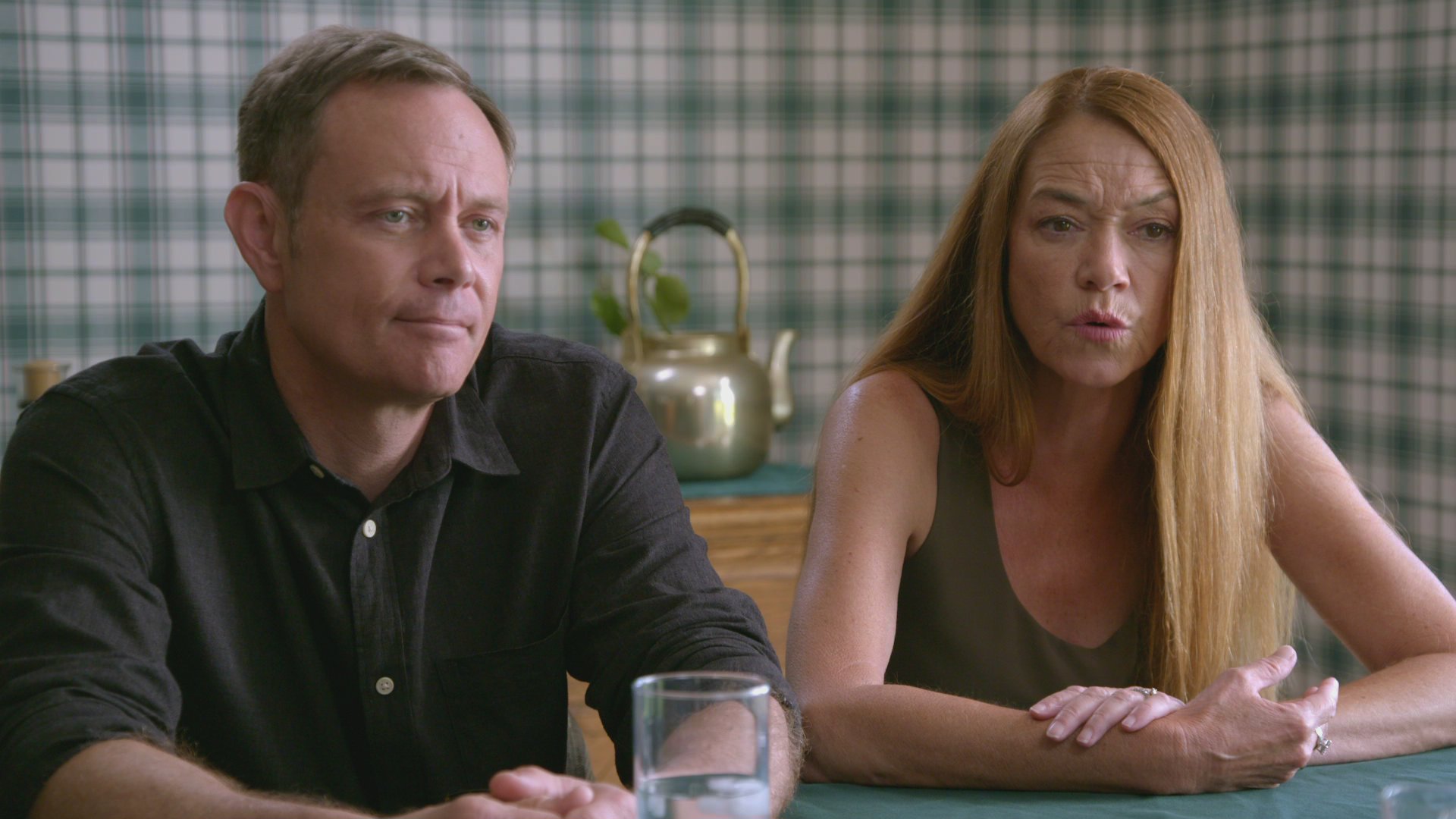 Just after noon on Sept. 13, 1980, a housekeeper at the Amana Holiday Inn in Williamsburg, Iowa, opened the door of room 260 to a bloody, horrific scene: Two guests, later identified as Roger Atkison, 32, and Rose Burkert, 22, had been bludgeoned to death in bed.

Both Atkison and Burkert were lying face-down and had suffered multiple blows to the head with what investigators determined to be a hatchet. The killer had covered up Burkert with a bedsheet, but left Atkison’s body exposed.

There were no signs of a struggle or forced entry, and beside the bed, two chairs were angled toward each other. Atkison’s wallet was on the floor below the chairs, and it appeared the murderer had riffled through it, scattering its contents across the carpet. Burkert’s wallet, however, seemed to be untouched.

In the bathroom, investigators found a bloody towel containing unidentified male DNA, and, oddly, toothpaste that had been squirted into the bathtub.

The hotel room where Roger Atkison and Rose Burkert were murdered in September 1980.

The night of the murder, Atkison, a telephone installer, and Burkert, a single mother, checked in to the hotel off Interstate 80 around 7:40 p.m. The couple had driven about 270 miles from St. Joseph, Missouri, where Atkison lived with his wife, Marcella, for a secret tryst.

For the past 39 years, their murders have remained unsolved, and theories continue to circulate about what could have led to the brutal slayings.

While the couple’s friends and family believed their deaths may have been the result of an interpersonal crime motivated by the affair, investigator Paul Holes suspects Atkison and Burkert were murdered by a potential serial killer.

Roger Atkison was murdered alongside Rose Burkert in September 1980 at the Amana Holiday Inn near Williamsburg, Iowa.

During the premiere of “The DNA of Murder with Paul Holes,” airing Saturdays at 7/6c on Oxygen, Holes reexamined the double homicide alongside crime scene investigator Yolanda McClary. In the case file, Holes saw the mention of another hotel murder that occurred 10 weeks prior to Atkison and Burkert’s slayings.

William Kyle, a 28-year-old traveling salesman, was bludgeoned to death with a hatchet in room 217 at the Sheraton Motor Inn in Galesburg, Illinois. The hotel was located right off a major highway — Interstate 74.

Kyle was found slumped over the side of the bed face-down, and a comforter was covering his upper torso. Beneath a chair in the room, the contents of Kyle’s wallet had been emptied, and toothpaste had been squeezed onto the carpet near his body.

The initial investigator, retired Galesburg Police Department Lt. Robert Horton, told Holes he later consulted a forensic psychiatrist to gain insight into why an offender would squirt out toothpaste.

“Some heroin addicts, that’s about the only the way they can satisfy themselves,” Horton said. If an addict experiences erectile dysfunction, then ejaculation simulation is the “only way they can achieve sexual gratification.”

Police suspected Raymundo Esparza, a vagrant and heroin addict, who died in 1983, had committed the murder, after multiple witnesses placed him at the hotel that evening with a bag full of tools. The case against Esparza, however, was built on circumstantial evidence, and he was never charged.

In the hotel room where Roger Atkison and Rose Burkert were murdered, toothpaste had been squirted into the bathtub.

In 1970, Jack McDonald, 23, was bludgeoned to death at the Travel Inn Motel in room 412. He was found bent over the side of the bed face-down, and toothpaste had been squeezed into the toilet. His wallet was also missing.

“Between Rose and Roger’s case, the Jack McDonald case ... and the William Kyle case, I believe you have the same offender,” Holes said, adding that it could be the work of a serial killer.

While presenting these findings to Iowa County Sheriff Rob Rotter, Holes discussed the toothpaste theory and Esparza’s history as a heroin addict.

“The original Galesburg investigator told me something I had never heard before … Heroin addicts develop erectile dysfunction, and so they will squeeze toothpaste out as a form of ejaculation simulation. That matches Esparza,” Holes said.

Holes recommended requesting an exhumation order for Esparza’s remains to obtain a DNA sample that could be tested against the evidence found at the crime scenes.

At this time, The Iowa County Sheriff’s Office is pursuing the order.

Watch “The DNA of Murder with Paul Holes” on Oxygen to hear more about the case.