Sign Up for Free to View
The Fatal Attraction Murder Airs Saturday, March 26 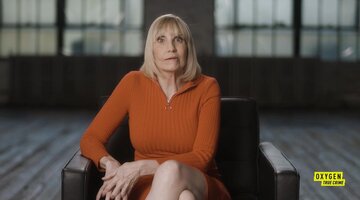 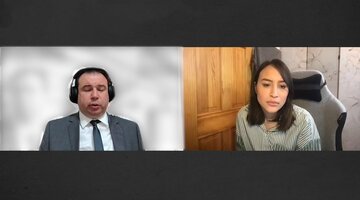 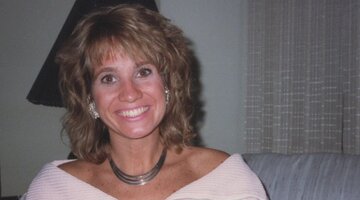 2:19
Digital Original
Carolyn Warmus Maintains Innocence in Fatal Attraction Murder. What Does Her Life Look Like After Being Released from Prison?

They say art imitates life and vice versa — including events that are scary, dangerous, and deadly. Consider the blockbuster movie “Fatal Attraction.” Between the furtive sex, stalker behavior, and violent acts of retribution, the 1987 psychological thriller has all the fixings of a dramatization of a true crime story.

Before “The Fatal Attraction Killer” — a new three-part Oxygen special about an actual 1989 deadly love triangle — airs on Saturday, March 26 and Sunday, March 27 at 8/7c, learn whether the Oscar-nominated movie in which Dan, a married lawyer (Michael Douglas), cheats on his wife with Alex (Glenn Close), who refuses to go away after the weekend fling, is drawn from a real-life case.

Well, it turns out it’s not. That onscreen drama comes from the imagination of screenwriter James Dearden, whose story popularized the term “bunny boiler.” Alex, who’s pregnant from the illicit affair, exacts revenge on Dan by slaughtering his family’s fluffball. And that’s just the start of her dangerous antics.

The movie has a famously rewritten climax. (Spoilers ahead.) In the original version, Alex got the ultimate revenge by killing herself but incriminating Dan in her death. The revised, more violent end involves a bathroom brawl between Dan and Alex, who is presumably drowned in the fight. His wife, Beth, then steps up to save her husband and family by shooting Alex, killing her and the unborn baby.

But the movie has been evoked in a famous murder case.

Two years after the film had spouses thinking twice about risking a one-night stand, Carolyn Warmus was nicknamed the "Fatal Attraction Killer" after she was convicted of murdering her married lover Paul Solomon’s wife, Betty Jeanne Solomon. The night of the murder, Paul and Warmus had met up at a local Holiday Inn, had drinks and sex in a car, and parted ways. When Paul arrived home, he said he found Betty Jeanne had been shot nine times, The New York Times reported in 1991.

Its core story of a married man’s one-night stand that comes back to haunt him is still in the expanded movie. “Diversion” ends, according to the Hollywood Reporter, with the husband back with his family staring at a ringing telephone and certain that the call is from the woman he bedded. His wife asks, “Aren’t you going to answer it?” It’s practically a teaser trailer for “Fatal Attraction.”

To learn more about the Carolyn Warmus case, watch “The Fatal Attraction Killer,” airing in three parts on Saturday, March 26 and Sunday, March 27 at 8/7c on Oxygen.

Who Was The Victim In 'The Fatal Attraction Murder' Case?