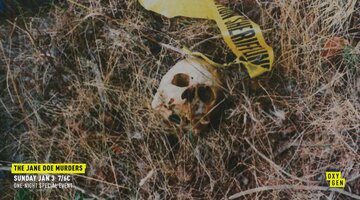 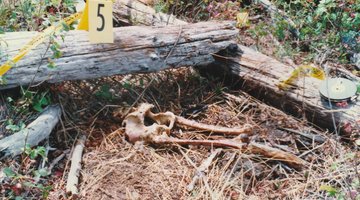 2:47
Exclusive
What Is Chromosomal DNA? 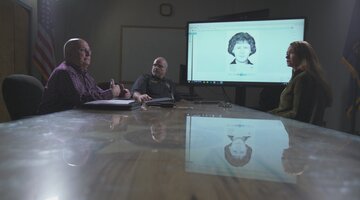 A convicted murderer, who already served time for the 1973 murder of a female hotel clerk, will spend the rest of his life behind bars for the 1996 murder of his wife after her remains were positively identified on Oxygen’s special “The Jane Doe Murders.”

Brian Clifton, 69, was sentenced to life in prison in an Oregon courtroom Thursday for killing his wife, Kathy Thomas, after pleading guilty to first-degree murder, according to The Salem Reporter.

Clifton admitted to investigators that he had killed his wife as she slept.

“He told them how he had prepared to kill her. He had gotten a good knife, a good-sized knife, placed it in his bedside table,” Eagan said. “He lay beside her for several hours. She was asleep when he put the knife into the back of her neck the first time.”

Thomas’ body was found wrapped in a tarp off a wooded trail by a father and son who had been out hunting in September of 1996, but it would take authorities 23 years to positively identify her, according to Oxygen’s “The Jane Doe Murders.”

She was never reported missing and was never officially divorced from Clifton, who remarried about one month after her remains were found, according to a statement from authorities.

Polk County detectives were finally able to identify Thomas — who is also referred to as Kathy Buxton — in 2019 after they were contacted by retired Las Vegas Metro Police crime scene investigator Yolanda McClary, who wanted to look into the case for “The Jane Doe Murders.”

Over a 10-month research process, McClary and her team of genealogists worked closely with Polk County to positively identify the remains as belonging to Thomas, who had been born in Oklahoma in 1953.

Thomas had been one of three girls born to Leo and Jessie Thomas, but was adopted at the age of five to Aileen Buxton, authorities said.

Seemingly mirroring her own history, Thomas lost custody of her own three children from her first two marriages and the children were eventually adopted to families in Oklahoma.

Clifton was convicted in 1973 of strangling a female hotel clerk. He received life in prison but was released on parole in 1981 after serving less than 10 years, according to “The Jane Doe Murders.”

For much of their married life together, the couple lived in the Salem area. Thomas’ last known contact was in March 1996 when she reported a hit and run to Salem Police.

After positively identifying her remains, investigators were able to identify Clifton as her likely killer. He confessed to the murder after his arrest.

At Thursday’s hearings, Thomas’ loved ones focused on all the moments they’d never get to have with Thomas.

“She had her whole life ahead of her. You took the opportunity for her to know her children, to allow her children to reunite with their mom, for Kathy to meet her grandchildren,” her sister Linda Amsler said, according to The Salem Reporter.

Amsler, who hadn’t seen her sister since she was adopted as a child, told “The Jane Doe Murders” it “hurt so bad” to discover her tragic fate.

RELATED: Why Are There So Many Jane Does Still Unidentified? A Forensic Genealogist Weighs In

“No matter what mistakes were made in the past by my mother, she had a right to be able to live her life, and that choice in live was taken away,” her daughter Tina Grubb said. “He may have thought he knew her, but no matter what he thought about her, he hadn’t thought about, or maybe didn’t want to remember, that she had children that may have wanted to reconnect and get to know her. I’ll never have that chance.”

“Our heart has been torn out,” she said.

You can stream "The Jane Doe Murders" here.