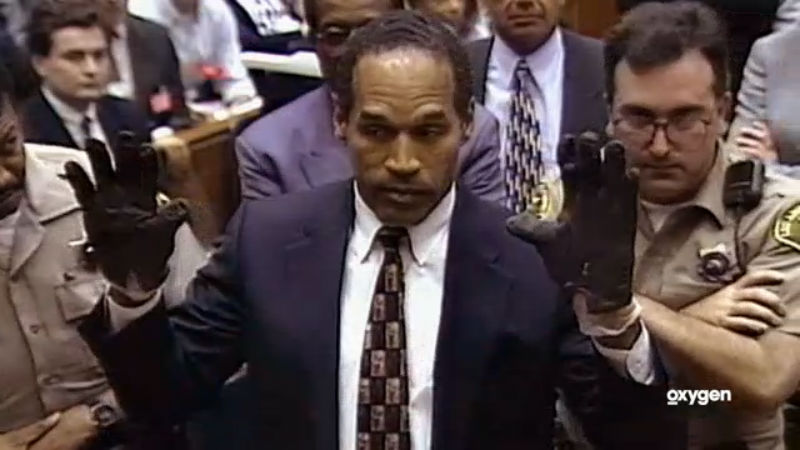 NEW YORK, NY – June 20, 2017 - Oxygen Media, the new network for crime fans, launches a special four-night television event about the verdicts that stunned the nation with “The Jury Speaks” beginning Saturday, July 22 at 9 PM ET/PT.  The new true crime series reexamines some of the most high-profile and controversial cases in history through the eyes of the people who served on the original jury. Each night will delve into a new case including Michael Jackson, OJ Simpson, George Zimmerman and Robert Durst, as jurors uncover what really happened inside the courtroom.  From surviving the longest jury sequestration in U.S. history to deciding the fate of the King of Pop, each juror will reveal what led them to their decision, if their vote would change today and how the aftermath of their verdicts subjected them to public ridicule, harassment and scorn.

“‘The Jury Speaks’ is a fantastic addition to our diverse slate of true crime programming offering viewers a fresh perspective on some of the most highly publicized trials in American history,” said Rod Aissa, Executive Vice President, Original Programming and Development, Oxygen Media. “The series will allow viewers to hear straight from the people whose decisions ignited controversy and sparked a heated debate at the water coolers and in homes across America.”

People think they know what happened when OJ Simpson was found not guilty for the brutal murders of Nicole Brown Simpson and Ron Goldman but hear straight from jurors Lionel Cryer, Yolanda Crawford, David Aldana and Jeanette Harris as they recount the horrors of 10 months in sequestration and how the stress and isolation they faced affected America’s most controversial verdict.

The four-night event begins with accounts from Raymond Hultman, Tammy Bolton, Melissa Herard, Paulina Coccoz and Joseph Gastelo the jury who found music icon –Michael Jackson not guilty of molesting a 13-year-old cancer survivor who frequented his infamous Neverland Ranch. But now, after the emergence of new accusers and hard truths about Jackson’s troubled childhood and tragic death, do they stand by their decision today?

Exploring the trial that set off the Black Lives Matter movement when George Zimmerman was found not guilty of second-degree murder in the death of unarmed black teenager, Trayvon Martin. Hear from Madelin Rivera, Amy Tronolone, Christine Barry, and Lauren Germain and David Ramirez as they justify the hardest decision of their lives, and recount the unforgiving criticism they received in the wake of their verdict that divided a nation.

In 2015, Manhattan real estate scion and heir to billions, Robert Durst was caught on tape professing, “I killed them all.” Hear from Deborah Warren, Robbie Nelson, Joanne Gongora, Alice Walker, Elridge Darby and Glenda Brents who found the now confessed killer not guilty of murder in 2003—even after he admitted to killing his neighbor Morris Black in self-defense and throwing his dismembered body parts in Galveston Bay, TX. Find out the reasoning behind their verdict and how they would revote knowing what they do today.

Additionally, “The Jury Speaks: Robert Blake” will be available on VOD beginning Sunday, July 23 where viewers can hear from four of the jurors who found Hollywood legend, Robert Blake not guilty of first-degree murder in 2005 after his wife, Bonnie Lee Bakley, was found shot execution style outside of an Italian restaurant. The jury still wrestles with their controversial verdict more than a decade later.

“The Jury Speaks”is partnering with social news aggregation and discussion website, Reddit the week of premiere. During each episode, a juror from the case will host a forum where Reddit users will have the unique opportunity “to ask them anything.”

Oxygen Media is a multiplatform crime destination brand for women. Having announced the full-time shift to crime programming in 2017, Oxygen has become the fastest growing cable entertainment network with popular unscripted original programming that includes the flagship “Snapped,” franchise, “Three Days to Live,” and “It Takes A Killer.” Available in more than 77 million homes, Oxygen is a program service of NBCUniversal Cable Entertainment, a division of NBCUniversal, one of the world's leading media and entertainment companies in the development, production, and marketing of entertainment, news, and information to a global audience. Watch Oxygen anywhere: On Demand, online or across mobile and connected TVs.