Sign Up for Free to View
What Was The Motivation For the Pike County Murders? 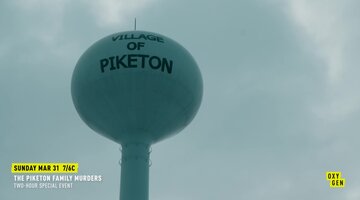 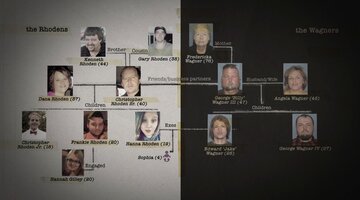 1:44
Preview
Piketon Family Murders: The Wagner Family Moved to Alaska in the Midst of an Investigation 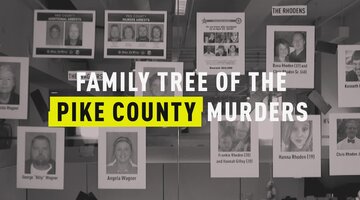 In the dead of the night, eight people were shot “execution-style” in a brutal family massacre that left a small rural Ohio town reeling and many questioning what may have led to the cold-blooded murder of an entire family.

The answer could be a teenage romance gone bad that left victim Hanna Rhoden, 19, and Edward "Jake" Wagner in a custody dispute over the couple's young daughter Sophia. Shortly after the arrests, former Ohio Attorney General Mike DeWine didn't speak directly to a motive but said custody likely planned a role in the killings.

Hanna Rhoden was killed April 22, 2016 as she slept alongside her newborn daughter, Kylie, who had been born just days earlier. She had been shot twice in the head, according to the Chillicothe Gazette.

Phil Fulton, the pastor of Union Hill Church, said the savage nature of the killing rocked the Pike County community where the family lived.

“Hanna Rhoden, just had a little baby, the baby was four days old, when the murders took place,” he said in Oxygen’s upcoming special “The Piketon Family Murders” airing Sunday. “That you could walk in with a mother, with a little baby, and murder that mama, that’s pure, pure evil.”

The baby was left unharmed and Hanna Rhoden’s older daughter Sophia had been staying with Wagner the night of the deadly massacre, also sparing her life.

But the same night Hanna Rhoden was killed, six other members of her family and the fiancée of one the other victims were also killed—many of whom had been asleep in their beds when they were shot.

No arrests in the case would be made for two years as the community was left gripped in fear, until investigators announced the arrests of four suspects in the case.  Four members of the Wagner family including George “Billy” Wagner III, his wife, Angela Wagner, and their two sons, George Wagner IV and Jake Wagner were arrested in November 2018 and  charged with murder. They have pleaded not guilty to the charges against them and an attorney who represents the family has said they will be vindicated, according to the Associated Press.

Investigators have been tight-lipped about what prompted the arrests of the prominent Piketon family, but have alleged in a press conference announcing the arrests that custody of a child appeared to have played a role in the motive behind the killings.

“There certainly was an obsession with custody, obsession with control of children,” DeWine said during a press conference announcing the arrests, according to the Associated Press.

Those who knew Hanna Rhoden described the young mom as a spunky teen who had hoped to one day be a nurse like her mother.

“She was a great mom. She put her kids before anyone else,” Brittany Petit, a close friend of Chris Rhoden Jr. said in the Oxygen special.

Initially, she and Jake Wagner had a happy relationship with one another.

“Jake, really, he was a part of the family,” Fulton said. “Hanna would go stay with his family and then he would come out and stay with their family. So, they were really, really close.”

But trouble between the pair began to brew when Hanna Rhoden decided she didn’t want to be in relationship with Jake Wagner any longer and broke things off. The tension began to permeate to other members of the Wagner family as well.

Just six days after Hanna Rhoden had been murdered, Jake Wagner filed for custody of the couple’s daughter. In the documents, he cited the reason for the couple’s split as his work schedule.

“In late March 2015, Hanna decided I worked too much and that I did not have enough time for her,” Jake wrote according to the Dayton Daily News.

Jake Wagner worked on his family farm when his daughter was born and also drove a truck he co-owned with his brother, he said.

He claimed in the documents that after Hanna got pregnant again in August of 2015, there was some possibility her second child may have also been his.

“I was happy even though Hanna explained to me that she could not be sure that the baby was mine,” Jake wrote in the court documents.

It was ultimately determined that Jake Wagner was not the father of Hanna’s youngest daughter and a paternity test would confirm that Charlie Gilley, the brother of victim Hannah Gilley, 20, had fathered the child, according to a 2018 article in The Cincinnati Enquirer.

After the relationship between Hanna Rhoden and Jake Wagner soured, Hanna was awarded custody of the couple’s daughter Sophia.

“Judges ultimately are people and I think that there still is this feeling that young children especially are better cared for by their mother,” Jacqueline Newman, a lawyer for Berkman, Bottger, Newman & Rodd, said in the special.

One year after the brutal family murder, speculation turned toward the Wagner family after investigators searched three of the family’s farms in May 2017, according to The Cincinnati Enquirer.

At the time, both Angela Wagner and Jake Wagner denied any involvement in the murders in messages sent to the local paper.

“What has happened to us in the last few weeks has been devastating and will follow us for the rest of our lives,” Angela Wagner wrote. “Hanna was loved by all of us. She was like a daughter to me then and now. Her loss still hurts to this day especially when we see her every day in Sophia.”

She claimed there had not been any contentious custody battle at the time of Hanna Rhoden’s death and said the family had just wanted to formalize a shared custody agreement both families had already agreed too.

However, new information released by investigators after the Wagner family’s arrest calls that assertion into question.

Investigators have accused Angela Wagner’s mother, Rita Newcomb, of forging some paperwork related to custody just three weeks before the family massacre, although exactly what that paperwork was remains unclear.

In January 2019, it was reported by The Columbus Dispatch that a list of evidence that has been given to the defense in preparation for the family’s trial included an Excel spreadsheet with 519 entries related to child custody.

Additional details about what prosecutors believe led to the killings will likely come out in trial, but as the community waits to hear the prosecutor’s case, many are still baffled that eight lives may have been lost over an argument over custody.

“I just don’t understand why someone would kill a whole family over one child. It just does not make sense,” Tessa Swayne, the Union Hill Church children’s ministry leader, said in the special.

Watch "The Piketon Family Murders" Sunday, March 31 at 7/6c, only on Oxygen.

The Rhoden Family Murders Rocked A Small Village In Ohio