Sign Up for Free to View
Why Was the Charles Family Murder Case Memorable? 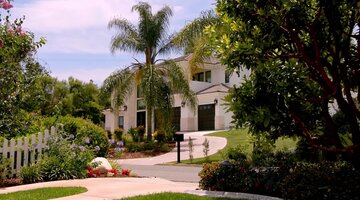 1:16
Exclusive
Who Was Danny Charles? 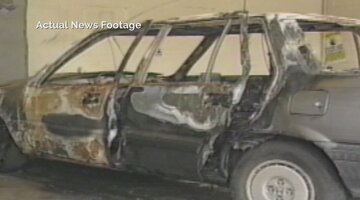 1:17
Exclusive
Why Was the Charles Family Murder Case Memorable?

To casual observers as well as friends and neighbors who shared their Orange County orbit, the Charles family — couple Edward and Dolores and sons Edward (Eddie), 22, and Daniel (Danny), 19 — was the picture of an affluent, charmed life.

On November 6, 1994, Edward, 55, an electrical engineer at Hughes Aircraft, Dolores, 47, a self-employed typist, and Danny, a USC voice student and opera singer, were all found dead in Danny’s burning car in a Los Angeles County high school parking lot not far from the Charles home.

Inside the vehicle, engulfed in flames when authorities arrived, the badly burned, naked bodies of Edward and Dolores were stacked atop the other in the back seat of the car. Danny’s body, curled up in a fetal position in the trunk, had essentially been untouched by the flames. He’d been stabbed in addition to being battered.

The triple homicide was a “grisly sight,” Geoff Boucher, former reporter for the Los Angeles Times, told producers. “It’s not a community where you expect to read headlines like these.”

Piecing together the case, detectives learned that the family had dinner together earlier at the Charles residence located on Terraza Plaza in Fullerton, California. Investigators looked into motives for the slayings. Carjacking? Kidnapping? Random acts of heinous violence?

As they considered every possible angle, autopsy reports gave officials a clearer picture of what all three victims went through as they drew their last breaths.

“You can still tell a lot of things from a burned body,” Lisa Scheinin, former medical examiner for Los Angeles County, told producers.

Reports revealed that the Charleses had all been killed before the car was torched. There was no evidence of smoke inhalation, Scheinin explained. A hammer or similar tool had been used to bludgeon the victims.

Investigators focused their efforts on obtaining more information from the victims’ home and the surviving family members, Danny, and his grandfather, Bernard Severino, 73.

As officials pieced together the case, they learned that a 911 call was made by a Charles neighbor in Fullerton on the night of November 6. The revelation suggested that something may have happened close to home. The 911 caller reported hearing a voice coming from a car parked across the street from the house. By the time police arrived, the vehicle was gone.

Detectives turned their attention to Eddie, whose somewhat disinterested reaction to the news of the deaths of his mother, father, and brother, nagged at them. He never asked for details.

Eddie had been staying at the home of his girlfriend, Tiffany Bowen, a college student who had appeared on the TV series “Baywatch.” Her mother, Jeane Bowen, provided an alibi for Eddie for the night of the murders. Still, detectives were suspicious.

As the focus of the investigation turned its attention to Eddie, a profile materialized that undermined the idyllic image the Charleses projected to the outside world. Eddie, it turned out, had been connected with various criminal cases involving arson, burglary, bad checks, and vandalism.

“He was never arrested but he was a suspect,” Royer told producers.

Suspicions deepened when the Charlses’ next-door neighbor told authorities that close to the time of the murders he’d seen Eddie cleaning something off the driveway.

That neighbor, Jerry R. Kuhn, Ph.D., told producers that his take on Eddie was that he had a “troublesome nature.” Eddie seemed “separated from the family to a degree,” he added.

Investigators learned that the Charleses were disappointed that Eddie dropped out of school and worked as a gas station mechanic. As a consequence, the spotlight never wavered from Eddie’s younger brother, a college student and a gifted singer.

A break in the case came through on November 9. Eddie confessed his crimes to his karate teacher, who informed the Fullerton Police Department of the revelation.

Confronted by authorities, Eddie denied admitting guilt and tried to shift blame to his grandfather. But as he attempted to maintain his innocence, police obtained evidence that more securely tied Eddie to the murders.

A homeless woman found a 16-inch crescent wrench while dumpster diving. In addition to hair and blood, the tool had a yin/yang symbol that was the same as engravings on other tools in Eddie’s mechanic’s tool kit.

Aware of the high-profile crime all over the news in Orange County, she turned the wrench over to authorities who tested it against the victims’ DNA. It was a match.

Investigators theorized that Eddie’s need for money to impress his girlfriend may have been a possible motive.

On November 10, 1994, the Los Angeles Times reported Edward Charles III was arrested on suspicion of killing his parents and younger brother.

Prosecutors charged him with triple counts of murder, including a special circumstance that could mean a death sentence, the Los Angeles Times reported on November 15, 1994.

While in lockup, Eddie hatched a plan to elude authorities, but the scheme failed. Instead, he ended up ensnared in a sting operation trying to arrange his grandfather's death from his jail cell. The contract killer he worked with was actually an undercover detective.

The undercover detective told Eddie that he should pay the hit man’s family. In return for $150,000 and three horses, the killer would “bash the grandfather’s skull with a baseball bat, then deliberately get arrested and confess to all four killings,” the Associated Press reported in January 1995.

A letter Eddie had written to another inmate about the crimes added to the mounting pile of evidence against him.

Eddie was convicted in January 1996, but it took four juries to decide his punishment. Severino, his grandfather he tried to have killed, testified on behalf of Eddie, pleading that his grandson not get the death penalty, the Los Angeles Times reported in 1995.

Edward Charles III was convicted of one count of first-degree murder and two counts of second-degree murder, with jurors also finding true special circumstance allegations of multiple murders. He was sentenced to death in 1999.

The California Supreme Court unanimously upheld the death sentence in 2015. With a California moratorium on the death penalty, he is now living out his days on death row.

To learn more about the case, watch “The Real Murders of Orange County” on Sundays at 8/7c on Oxygen, or stream episodes on Oxygen.com

Man’s Murder By Siblings ‘Breathtaking’ In Its Violence

The Real Murders of Orange County