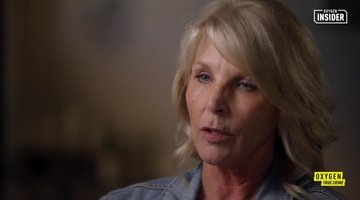 Now Playing
4:08
An Exclusive First Look at the Case of Jane Thompson 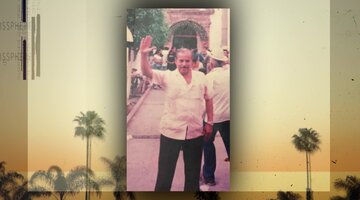 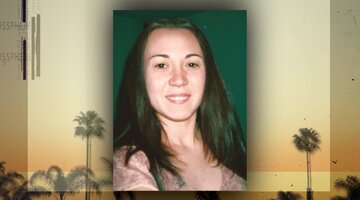 For Jane Thompson, a 72-year-old retired Hollywood set designer, the sun and safety of Laguna Niguel in Orange County, California made this upscale community an ideal place to live.

Tragically, it was also where she was brutally murdered. On June 27, 2004, Thompson was found bludgeoned to death by officials who responded to a 911 call by the victim’s concerned friends.

“She sustained a massive trauma to the head and face and was lying on top of congealed dried blood,” Brian Sutton, a retired investigator with the OC Sheriff's Department, told “The Real Murders of Orange County,” airing Sundays at 7/6c and 8/7c on Oxygen.

There was blood spatter on walls and furniture, indicating Thompson, who’d stopped returning friends’ calls on Friday, June 25, had been beaten repeatedly. The day of the discovery she appeared to have been dead “at least a couple of days,” said an investigator.

Thompson’s autopsy showed she suffered more than a dozen blows, suggesting a personal motive. There were no signs of a sexual attack, but signs pointed to rage. Detectives dug into Thompson’s background to determine who had reason to kill an elderly woman with close friends and no apparent enemies.

Police learned there’d been two recent burglaries in Thompson’s neighborhood. Could the thief have graduated to homicide?

They also discovered that Thompson’s $100,000 life insurance policy named her longtime close friend and TV producer, Marian Rees, as the beneficiary. Investigators learn that the two women had quietly been in a committed relationship for years. Was money a motive?

“There might be parts of the country where $100,000 might get you killed but in Orange County, that’s not the jackpot,” said former Los Angeles Times journalist Geoff Boucher. “That's not going to get people killed.”

Rees, who was devastated by Thompson’s murder, had a solid alibi and was cleared as a person of interest. Police also considered that the women’s relationship could have put a target on Thompson’s back. No evidence of a hate crime turned up.

Detectives dug deeper into the nearby robberies and discovered Thompson had been robbed of jewelry, perfume, a credit card, and a flashlight. She didn’t report the theft to the police, but she had called her credit card company about unusual activity on her Visa cards.

Investigators learned about this from a message left on Thompson’s answering machine. Charges at local restaurants had been made two week before the murder.

The bill for several steak and lobster dinners at the Beach House in nearby Dana Point was $533, with a $100 tip. The tab at the Chart House was over $200. The signature on both bills was Sam Adler.

Detectives searched for a “Sam” in Thompson’s orbit. They recalled a 15-year-old neighbor who’d made inquiries about the murder when they canvassed the area after the killing. His name: Sam Nelson. His back door faced Thompson’s house. He could see her comings and goings.

At the Beach House restaurant, a manager picked Nelson out of the detectives’ photo array.

Investigators asked Nelson, now a prime suspect, if he would be willing to come to sheriff's headquarters in Santa Ana for an interview, and he agreed.  Although it's unusual for a minor to be questioned without a parent present, detectives were fully within their right to talk to Nelson, according to “The Real Murders of Orange County.”

When detectives asked Nelson about the credit card charges, he claimed that he stumbled upon the cards in a purse that had been tossed into a culvert near the victim’s house. He used Thompson’s cards to treat other kids to dinner to impress them, he told investigators. He then claimed he found the cards on a Tuesday, but the charges had been made days before that.

As the long interview continued, Nelson admitted that he’d broken into Thompson’s home and stolen the credit cards and other items. He eventually owned up to the fact that he’d slipped into her house on three occasions.

Detectives pushed Nelson to get to the truth. They presented a slip of paper that supposedly showed his sweat on the victim’s blouse. Why would his body fluid be on the victim, they asked. The teen began to get rattled.

Investigators eventually asked Nelson if it would be easier for him to write down what had happened. Nelson penned a chilling account of the murder.

“He admitted to going in there and killing Jane Thompson with a hammer,” said Dan Salcedo, a retired investigator with the Orange County Sheriff’s Department. “He said he did it because he needed money for a trip that he was planning.”

“I went to her house to take some stuff,” Nelson told police in a taped interview. “I really needed money for Colorado. I walked by her and she woke up. I freaked out and I hit her in the head several times.”

Acting out the crime, Nelson detailed hitting about 10 more times with a hammer.

On June 30, investigators recovered items Nelson had stolen from Thompson’s home from an area where he said he’d dumped them. Gloves and clothes Nelson had worn were also recovered. The clothing tested positive for traces of Thompson’s DNA.

Nelson was arrested for Thompson’s murder as well as neighborhood robberies. He and his lawyer opted for a court trial, not a jury trial.

In March 2008, four years after the vicious murder, Nelson was found guilty on all counts. He was sentenced to 25 years to life in prison.

To learn more about the case, watch told “The Real Murders of Orange County,” airing Sundays at 7/6c and 8/7c on Oxygen, or stream episodes here.

The Real Murders of Orange County