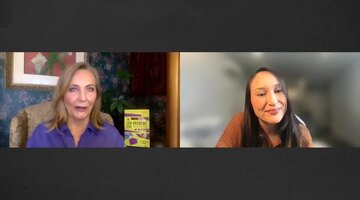 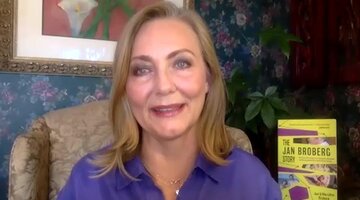 8:16
Digital Original
"It Was A Healing Thing:" Jan Broberg on Meeting A Fellow Survivor in New Documentary

It’s been nearly 50 years since Jan Broberg was allegedly kidnapped and sexually abused by a trusted family friend — but Broberg is still on the road to healing.

Her journey, and an emotional new interview with her mother about how the alleged abuse happened, are the focus of the upcoming Peacock documentary “A Friend of the Family: True Evil,” which follows Broberg as she revisits scenes of the crime, including her childhood bedroom and the spot where police rescued her in Mexico after the first alleged kidnapping.

“My name is Jan Broberg. Robert Berchtold kidnapped me when I was 12, and again when I was 14. And with that, my brainwashing began,” Broberg said in a trailer released Thursday.

The documentary, streaming Tuesday Nov. 15, tells the real-life story that is the basis for Peacock’s hit limited drama series “A Friend of the Family,” starring Anna Paquin, Colin Hanks and Jake Lacy.

RELATED: Mckenna Grace Wants To Raise Awareness With 'A Friend Of The Family’ Role

“With ‘A Friend of the Family: True Evil,’ we’re able to share a closer look at Jan Broberg’s harrowing true story of perseverance and grace through unimaginable circumstances,” said Susan Rovner, chairman of entertainment content for NBCUniversal Television and Streaming. “This companion piece to our critically-acclaimed new limited series ‘A Friend of the Family’ will give audiences a chance to engage with the series on a deeper level while also illuminating never-before-seen elements of the story.”

As captured in home videos and photos prominently featured throughout the trailer, Broberg appeared from the outside to have an idyllic childhood, but the images were hiding a much darker reality.

Berchtold — who Broberg referred to as a “master manipulator” — gained control of her family by having secretive sexual relationships with both of her parents and allegedly grooming Broberg before kidnapping her not once, but twice.

Berchtold allegedly drugged Broberg under the guise that he was taking her horseback riding when she was just 12 years old. She said that when she woke up, she was strapped to a bed in an RV and told by a strange voice coming from a box in the room that she had been chosen by aliens to get impregnated by Berchtold before she reached the age of 16.

“This was the torture chamber,” Broberg said, while revisiting the site in Mexico where police would eventually rescue her.

California Man, Girlfriend Charged In Death Of His 4-Year-Old Daughter

“There must be a special place in hell for people that hurt children,” she said.

Along with revisiting the crime scenes with correspondent Andrea Canning, the documentary also includes interviews with Broberg’s family, including her mother and son, about how the trauma effected the family.

“Many harmed by child sexual assault and long-term abuse are still striving to heal and thrive years later,” Broberg said. “Through support and community, the healing journey of ‘Thrivivors’ can create a ripple effect towards change for children, and I am grateful to Peacock for the opportunity to continue telling my story. It is my hope that with greater awareness and understanding of childhood sexual abuse and grooming, total prevention can truly become a reality.”

Broberg also connects with another alleged victim of Berchtold, who died in 2005.

“The same things that happened to me, happened to her,” Broberg said in the trailer. “It’s the first time that she’s spoken publicly.”

For Broberg, revisiting the sensational crime has been therapeutic.

“I’m angry and I’m sad for that little girl,” she said at the end of the trailer, before adding that “this is the beginning of the journey to healing."

The documentary is produced by Dateline Productions. Paul F. Ryan serves as executive producer while Izhar Harpaz serves as a supervising producer.

New episodes of "Friend of The Family" stream Thursdays on Peacock.

Calling All True Crime Fans
Oxygen Insider is your all-access pass to never-before-seen content, free digital evidence kits, and much more!
Sign Up for Free
All Posts About
A Friend Of The Family
Crime TV
Movies & TV
Breaking News
Robert Berchtold
Related

How Jan Broberg Was 'Brainwashed' By Robert Berchtold