Sign Up for Free to View
The Richard Ramirez Case, Explained 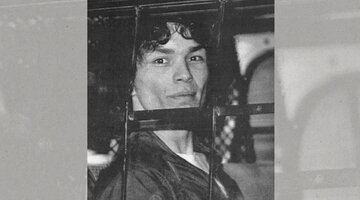 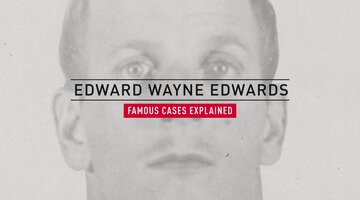 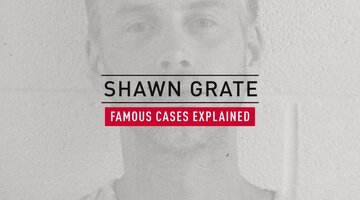 Ryan Murphy's "American Horror Story" series has been going strong for nine seasons — and he's taken lots of liberties with real life crimes in each iteration of the idiosyncratic anthology, whether he's turning the notoriously evil Madame LaLaurie into a cursed talking head or using H.H. Holmes' murder castle as inspiration for a supernatural hotel. The current running season, "American Horror Story: 1984," is no exception as it deconstructs the tropes of slasher movies from that notorious decade while throwing splashes of true crime into the narrative.

The latest example of true crime influence in "AHS: 1984" is its fictionalized version of real-life serial killer Richard Ramirez, also known as The Night Stalker, who's already racked up a pretty high body count in the episodes aired so far — but how closely does the program's murderous antagonist resemble the real Ramirez?

"AHS: 1984" tells the story of Camp Redwood, a fictional summer getaway plagued by an endless slew of high-profile serial killings. When the show begins, two murderers are pitted against each other in a bloodthirsty feud as they battle to claim camp counselors' lives. Mr. Jingles, an entirely fictional murderer loosely based on Jason from the Friday The 13th films, takes up against a demonically-powered Ramirez before the two become temporary allies.

After a series of shocking revelations about his own past, Mr. Jingles takes his own life. But a resurrected Ramirez remains at large as the last episode of the season looms. While it's obvious Murphy's version of Ramirez is largely fantastical, there are actually some kernels of truth in the bizarre character's depiction.

Ramirez was, indeed, a serial killer active in the summer of 1984, although in reality his killings mostly took place in the following year. He claimed his first known victim, a 79-year-old woman named Jennie Vincow, on June 28, 1984. Ramirez nearly decapitated her after breaking in to her apartment in Glassell Park, Los Angeles, according to The Los Angeles Times.

Of course, Ramirez didn't wind up at a summer camp to kill during 1984, and he was certainly never coaxed by an aerobics teacher into a tortuous plot for revenge that ended in occult hijinks. But in the second episode of "AHS: 1984," Ramirez explains the origins of his bloodlust:

"My mother worked in a boot factory, she breathed in all of those chemicals when she was pregnant with me. I was poisoned before I even took my first breath," says Ramirez (Zach Villa) in a monologue to nefarious camp owner Margaret Booth. "After a swing hit me, I started having seizures. My cousin Mike lived with us; he was a Green Beret just back from Vietnam and he showed me pictures of all the girls he killed over there in the jungle. 'You could do anything over there. You were free.' His wife didn't like him showing me — she didn't want me to be free."

And yes, it turns out pretty much every statement the fictional Ramirez makes in that scene is informed by Ramirez's actual life.

Ramirez's mother was actually an employee at a boot factory in El Paso, Texas while pregnant with Ricardo Leyva Muñoz Ramirez, who later became known as Richard, according to The New York Times.

Research from the Department of Psychology at Radford University in Virginia indicates that Ramirez was indeed hit by a swing that catalyzed an epileptic fit in the year 1965, and also that he had a disturbing relationship with his cousin who showed him violent images of wartime — which may have played a factor in his psychosexual development.

In the show, Ramirez is a Satanist, which explains his more demonic abilities. And while it didn't grant the prolific killer any magical powers, Ramirez in real life was a fan of Satan. Although his belief in the power of the devil does not cohere with most contemporary Satanic practices, which are strictly atheistic and non-violent, Ramirez often spoke frequently of his Luciferian inclinations and even forced one of his victims to pledge allegiance to the fallen angel before sexually assaulting her, according to The New York Times.

Police also discovered several "symbols of devil worship" in Ramirez's home when they began investigating his crimes, according to a New York Times article from shortly after his arrest. Ramirez's fondness for rock and metal music like ACDC is also noted in the report, a feature shared by his "American Horror Story" counterpart.

The extent to which Ramirez's dedication to Satan was part of a delusional system, a sincere belief, or a metaphorical expression of his anti-social worldview was explored by serial killer Ian Brady in the controversial book, "The Gates Of Janus," in which the so-called Moors Murderer offers psychoanalytic hypotheses about the motivations of other murderers.

"That Ramirez had some awareness of ... internal personal struggles is evident from his third-person hallucinations, indicating a paranoid and probably schizophrenic cycle, in which he perceived himself as an emissary of Lucifer, a demonic secular instrument of occult will," Brady wrote. "In his particular case, this probably served as a release/defense mechanism to lessen the impact of conditioned guilt and concomitant, almost certainly constant, melancholia."

"From the standpoint of Ramirez," Brady continued, "this poor member of a minority group, possessor of an undisciplined intellect and an indisputably strong will, the doctrines of organized religion had eventually been perceived as a scornful deception, a conscience devised to 'keep the strong in awe' ... To his eyes such altruistic doctrines had become a system of counterfeit, absolute and obsolete morality, preaching abnegation of, and contempt for, the real world of the senses, by urging a death-wish on the basis of a better life to come."

However, that's about where the similarities between the real Ramirez and the version in "AHS: 1984" end. Certainly, Ramirez never made his way to a music festival on a haunted campground in 1989 — nor did he use Satanic witchcraft to cheat death several times.

In fact, the real Ramirez died in a hospital while awaiting execution on June 7, 2013. Although a cause of death was not initially listed, it was later determined that he perished as a result of complications related to B-cell lymphoma, according to The Los Angeles Times.

What will happen to the fictional Ramirez in the final episode of "American Horror Story: 1984," which airs on November 13, remains to be seen. But knowing Murphy's penchant for a rotating cast of undead killers, it's likely we'll be catching up with this version of Ramirez again in an upcoming season of the program.

Who Was The Night Stalker? Richard Ramirez And His Crimes

Samuel Little Is Most Prolific Killer In U.S. History