Sign Up for Free to View
“Dr. Death” Showrunner Breaks Down Turning Hit Podcast Into New Drama Series On Peacock 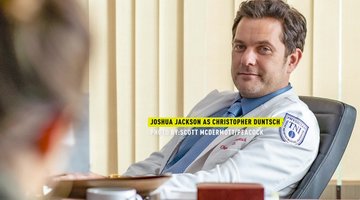 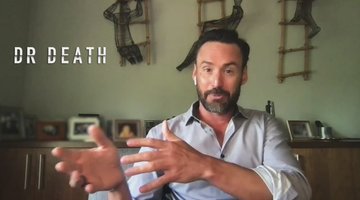 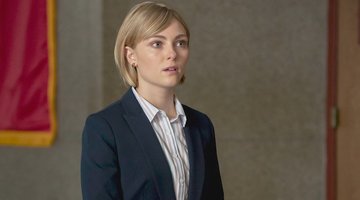 Jerry Summers believed so fully in his best friend and neurosurgeon Dr. Christopher Duntsch that he was willing to put his neck on the line—literally.

Summers agreed to let Duntsch, who would later earn the ominous nickname “Dr. Death” for the staggering number of botched surgical procedures he performed, operate on a neck injury he had sustained from an earlier car accident.

Summers believed the surgery would be simple procedure, likely landing him in the hospital for several days before he returned to Duntsch’s Dallas home to recuperate under his friend’s care.

But the surgery went horribly wrong and left Summers a quadriplegic for the rest of his life. It was one of 33 mangled operations Duntsch performed between 2012 and 2013. Two of his patients died.

Summers died earlier this year from an infection associated with his condition, according to local station WATN-TV,  but not before sharing his story in the new four-part Peacock docuseries “Dr. Death: The Undoctored Story.”

“Before my surgery, I didn’t know any bad outcomes that he had,” Summers said of Duntsch.

According to Summers, he first met Duntsch in junior high school in Tennessee when they both played football together and remembered him being a “real smart” and “hard-working guy.”

As an undergraduate in college, Duntsch even lived with Summers and Summers’ grandmother.

“He came home, saying that he was going to be a doctor and it did not surprise me in the least bit,” Summers recalled of Duntsch’s early ambition. “Chris really believed he was probably gonna cure cancer and save the world.”

But even in those early years, Summers said Duntsch wasn’t just solely focused on his intellectual pursuits. Summers said the pair also regularly dabbled in drugs— with Duntsch’s drug of choice being cocaine—and made weekly trips to the strip club.

“Chris was very intrigued with a lot of the stuff that went on in my life,” Summers said.

Duntsch and Summers became close and when Duntsch accepted his first neurosurgery position in Dallas, he invited Summers to move there with him to help him establish his practice.

Summers also agreed to go under Duntsch’s knife to fix a neck injury.

“I thought that it was a pretty routine surgery. If he did anybody’s right, that he’d do mine right,” Summers said of his best friend.

Watch More About Dr. Death In Our Free App

According to Dr. Randall Kirby, one of the physicians leading the charge to strip Duntsch of his medical license, Duntsch was supposed to remove some diseased discs from his friend’s spine but the surgery went drastically wrong.

“Dr. Duntsch went deeper than he should have,” Kirby said in the docuseries. “Jerry Summers was effectively decapitated during the operation.”

Summers woke up from the surgery in agony.

“As soon as I woke up, I couldn’t move my arms or my legs,” he said. “It feels like a big pile of bricks is on your body and your head is sticking out. I knew something was wrong.”

Summers coded several times before the medical staff was able to stabilize him, according to the series.

As Summers lay in horrific pain, Duntsch was nowhere to be found.

“There was anger toward him at first. I was definitely like, ‘F---. F--- you Chris,’” Summers said. “He had paralyzed me and my family was there, my friends were there. That was a horrific experience.”

Summers used the only thing he had left, his voice, to scream and yell, even telling the nurses at one point that he and Duntsch had done cocaine the night before his surgery, though he later said that wasn’t the case.

“When I said that we were doing an eight ball before the surgery, that was totally untrue,” Summers said in the docuseries. “I totally said it just because he wasn’t around and I was yelling and screaming for my doctor, and there was no drug use the night before the surgery.”

Summers said his own botched procedure—and the death of Duntsch’s next patient Kellie Martin—did nothing to lessen his friend’s confidence in his own skills.

“I had a couple phone calls with Chris and it was just as upbeat as ever,” he said. “He was going to be successful, and he was still on track. In his mind, he was still the s---, but he never made mention of anybody being hurt or anything.”

In the years that followed, Summers was haunted by the signs of trouble he may have overlooked.

“I feel like I should have seen it,” he said. “I was there. I should have thought, ‘There is no way. There’s no way you could be an accomplished surgeon.’ Somebody should have done something. It should have never come to this.”

After Duntsch was arrested and put on trial for injuring 71-year-old patient Mary Efurd, Summers reluctantly agreed to testify against his friend.

“The deposition wasn’t something I really wanted. I did not want to do, but I did my part to help,” he said.

A jury ultimately convicted Duntsch and sentenced him to life in prison for the egregious errors.

“It was the right outcome,” Summers said in the docuseries. “I mean, he’s guilty. Guilty as charged.”

Summers appeared to have come to terms with his own injury, however. Speaking to Memphis ABC affiliate Local 24 after Summers’ death in February, his attorney Jeffrey Rosenblum said he’d forgiven his old friend Duntsch.

How Did Texas’ ‘Dr. Death’ Continue To Operate?

What Was Dr. Christopher Duntsch’s Background?