Sign Up for Free to View
ROMANCE SCAMS: Manipulation, Deception and Digital Extortion 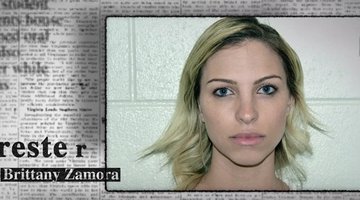 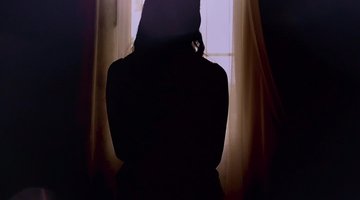 The latest example of infamous scams of yesteryear comes courtesy of the HBO docuseries "The Lady and the Dale," which explores the life of Elizabeth Carmichael, a charismatic and groundbreaking con artist who rose to fame in the mid-1970s as head of the Twentieth Century Motor Car Corporation.

Carmichael claimed that her company was creating a fuel efficient, safe and inexpensive three-wheeled car called The Dale, which promised to revolutionize the auto industry at a time when Americans faced skyrocketing gas prices amid a global oil crisis. Her bold vision was heavily promoted in magazines like Newsweek and People, and a prototype was even prominently featured on “The Price Is Right.”

She raked in cash from investors, but the Dale was mostly just a mirage. Only prototypes ever saw the light of day and the airline hangers that she claimed were being used as factories were actually empty. Her employees weren’t even being paid and Carmichael was brought up on fraud charges.

That's when Carmichael's identity as a trans woman became a focus of public fascination and tabloid sensationalism. Originally born Jerry Dean Michael, Carmichael's early life was dominated by running small-town scams, moving from grift to grift every time law enforcement closed in. She and her wife Vivian were arrested on federal counterfeiting charges in 1961, but skipped bail, constantly moving their young family around the country to avoid detection.

The series explores Carmichael's mistreatment on the basis of her gender identity, but her audacious attempt to sell the world a car that didn't exist underpins the story and offers a familiar depiction of con artists as romantic figures of a bygone era, whose crimes aren't violent but rather represent a slightly twisted version of the American ideal of trying to get ahead.

It might be tempting to view such crimes as relics of the past, given how easy technology has made it to investigate people and products. But despite the relative wealth of information available now, fraud is as prevalent as ever, experts say.

In 2001, for example, Americans reported 325,000 incidents of alleged fraud, according to a 2019 report from the Federal Trade Commission. In 2019, that number swelled to roughly 3.2 million, a tenfold increase. Identity theft, a plague made all the easier by technology, led the way, accounting for around 20% of fraud cases in 2019, but imposter scams were a close second, also clocking in at around 1 in 5 cases.

Compared to the current climate of fraud, Carmichael's era can even seem quaint.

“In the 1970s, it would have been an awful lot of work to look up Elizabeth Carmichael,” Chelsea Binns, assistant professor in the Department of Security, Fire and Emergency Management at John Jay College of Criminal Justice, told Oxygen.com. “You’d have to file for documentation and go through a very long process to do a background check and you may have not even learned everything you needed to know.”

Despite her checkered past, nobody knew enough to scrutinize Carmichael's credentials or claims.

“Nobody actually asked these questions and some people even said that they would invest again, which seems unbelievable,” Binns said.

Elizabeth Carmichael posing next to the Dale automobile. Photo: HBO

These days, however, it's not a dearth of information that's the problem. It's the willingness to use it.

“People have more ability to verify information but they're not taking advantage of it,” John Gill, vice president of the Association of Certified Fraud Examiners told Oxygen.com.

He pointed to the cases of Bernie Madoff and Elizabeth Holmes as two prominent examples.

Madoff ran the largest Ponzi scheme ever in the United States, defrauding thousands of people out of billions of dollars with a now-notorious investment scam. He was sentenced to spend 150 years in prison in 2009 after being convicted of a slew of fraud charges.

Holmes is also accused of defrauding numerous investors of billions by claiming to have created groundbreaking blood testing technology that could run a wide swath of medical analysis with just a few drops of blood. Prosecutors say it was all a farce, a way for Holmes to live a lavish lifestyle. She was indicted in 2018 on multiple counts of wire fraud and conspiracy to commit wire fraud and currently faces trial.

Gill and Binns explain that while the two cases took place in the post-internet age, people still fell victim in the same manner that Carmichael’s victims did.

“I was really shocked when all the information came out about Bernie Madoff and I said, ‘Well, wait a minute, weren’t these people going online and checking their balances and seeing what their transactions were?’’ Gill told Oxygen.com.

He explained that Madoff was sending out paper statements, which was a move reminiscent of 1970s investment scams. Using paper made it difficult for people to easily check their investments independently.

“There was actually no funds, all of the invoices were fake, everything about what he was doing was completely false yet people did have the ability today to do their research and that’s what is so interesting,” Binns said.

“With Carmichael, the car idea sounded logical so people put some money into it but back then, the access to knowledge was not as prevalent and people did tend to rely more on what they were told by the promoter. But, today Holmes was saying her product would be in Walgreens and there were all these stories but all these people didn't bother to check it out,” he said. “They had the ability to check these out but I just don’t think people do.”

Gill said there are now hundreds of websites that document popular and modern methods of fraud, emails, and phone calls, so the resources are out there. Merely, people just need to look.

"Sadly, a lot of people don't pay a lot of attention, and they don’t stop and think before handing over their credit card information,” he told Oxygen.com. “It's up to you to be vigilant on your own.”

Calling All True Crime Fans
Oxygen Insider is your all-access pass to never-before-seen content, free digital evidence kits, and much more!
Sign Up for Free
All Posts About
Crime TV
Movies & TV
Related