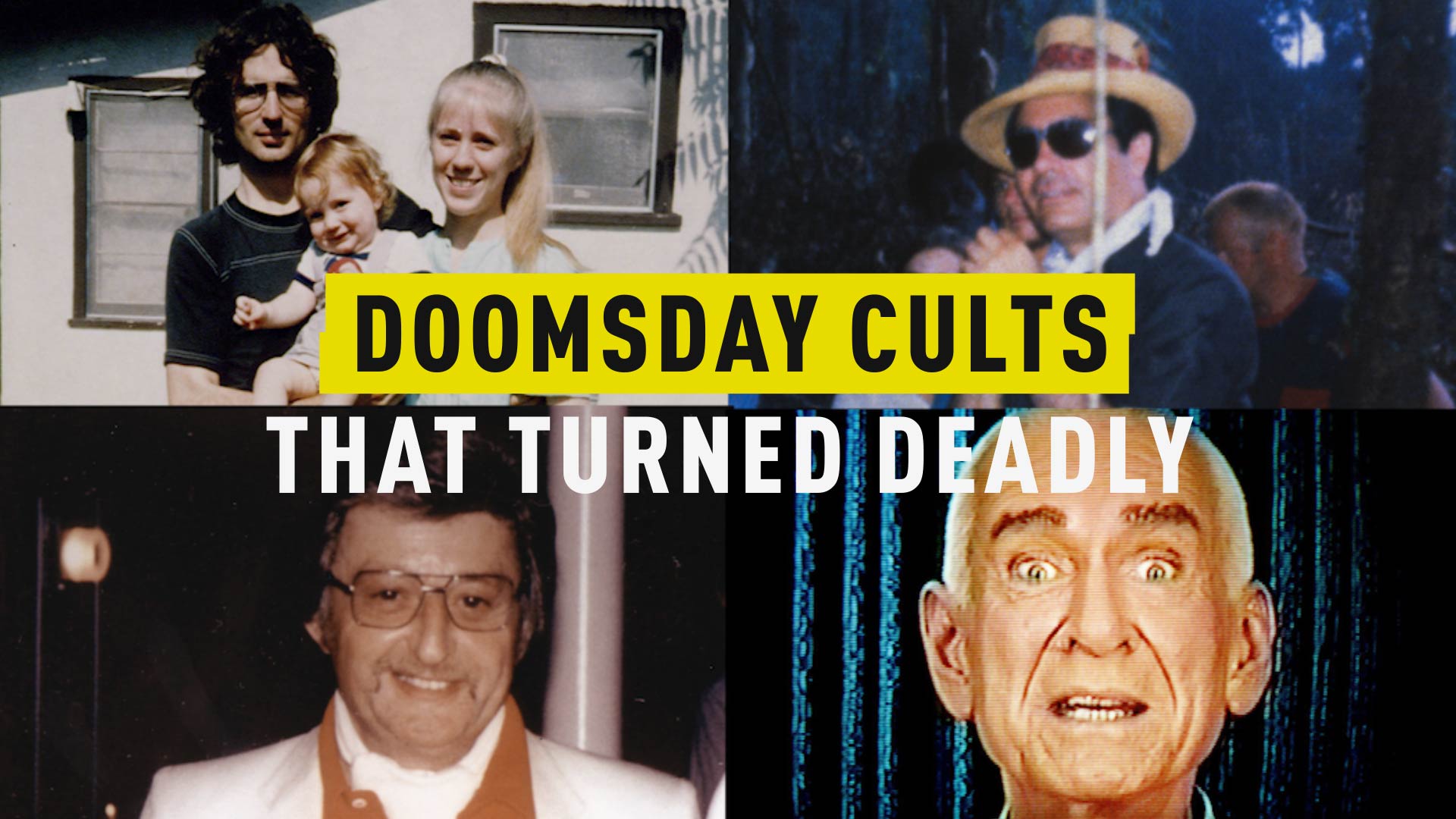 While the television series “Waco” is obviously based on the real events of the 1993 siege in a Texas town of the same name, what about the continuously frustrated FBI hostage negotiator Gary Noesner?

Netflix recently added “Waco” — a limited series which originally premiered on the Paramount Network in 2018  — to its streaming library where it quickly became a top 10 hit. The dramatized account brings the tragic events of the deadly Waco siege to life. Noesner (Michael Shannon) plays a pivotal role in the series as he tries to actually talk Branch Davidian cult leader David Koresh (Taylor Kitsch) into surrendering without further violence.

In the series, his character knew what kind of mistakes the FBI was capable of. He was present at Ruby Ridge when the standoff went rogue, resulting in the deaths of the target’s wife and son. Now, he was again at another siege at the Branch Davidian compound in Waco’s Mount Carmel and he was growing increasingly frustrated with the feds’ lack of interest in a peaceful and respectful negotiation. After butting heads with the FBI tactical team leader and on-scene commander, he was forced out while the others resorted to more explosive tactics.

In the end (in both real life and the series) 76 Branch Davidians, including 25 children, lost their lives inside the compound on Apr. 19, 1993 after a dramatic, 51-day standoff. Throughout the entire ordeal, 82 Branch Davidans died and 4 ATF officers were killed.

Towards the end of the series, Noesner breaks down crying and it's clear he feels like a great failure had occurred.

Is Noesner a real person?

Gary Noesner is indeed a real person with the same name. He worked as an investigator, instructor, and negotiator for the FBI for three decades, 23 of which were spent as a hostage negotiator. He served as the head of the FBI’s negotiation team during Waco. Seven years after retiring from the FBI, he documented his experience at the siege in his 2010 book  “Stalling for Time: My Life as an FBI Hostage Negotiator,” a book that served as half the basis for the “Waco" series. The other half is based off of Waco survivor David Thibodeau’s book “Waco: A Survivor’s Story.”

Noesner told Oxygen.com that the series “adequately depicted the conflict within the FBI, the headbutting between my team which was the negotiation team and the tactical team which wanted to take a more aggressive approach.”

"That is all laid out pretty accurate," he said.

Like his character, Noesner remains critical of the more aggressive and sometimes absurd tactics taken during the infamous siege. For example, he dislikes that the FBI blasted loud sounds and music — Buddhist chanting, the sounds of rabbits being slaughtered, Nancy Sinatra’s “These Boots Are Made For Walkin’” — into the compound despite his disapproval.

“People assume that was a negotiation tactic,” Noesner told Oxygen.com. “It was far from it. We don’t teach or believe in those agitation or deprivation techniques. We just don’t do it, never have believed in it, never have taught it. Yet it was done out there over my objections.”

He said he had to go over the on-scene commander’s head to get it stopped, which he said he was able to do after a few days.

“It just made us look so stupid and foolish,” he said, adding that the move only confused the Branch Davidians.

“The Davidians asked us, 'why are you playing us chants from the Dalai Lama, why are you playing Nancy Sinatra? What message are you trying to tell us?’ and as negotiators we are just mortified. We had no way to defend that,” Noesner told Oxygen.com.

Additionally, Noesner explained that David Koresh eventually caught on that he had no influence over the tactical team's actions. Koresh could sense that there was disagreement between officials which helped nobody, Noesner said.

“They didn’t do it in such a blatant way but I was rotated out halfway through,” he said. “I was viewed — correctly by the way — as an impediment to tactical action. I was seen as a sort of stumbling block from being more aggressive to force these people out.”

He said that both the show’s on-scene commander and tactical commander are based on the real commanders and their desire to get aggressive. Noesner told Oxygen.com he strongly urged for their real names to not be used.

“I think those guys went through enough public criticism,” he said.

While the FBI defended itself publicly in the incident's aftermath, “internally there was a clear unambiguous recognition that the negotiation team and the strategy we were pursuing was proper and that the aggressive action taken by the hostage/tactical rescue team and approved by the on scene commander was not the way to go," Noesner told Oxygen.com.

He said that the on-scene commander and tactical team leader ”really had their careers end because of Waco" and were nudged into retirement shortly thereafter.

“They weren’t disciplined,” he said. “They weren’t publicly admonished but for all intents and purposes their careers were over. I on the other hand was essentially given a promotion.”

He said he believes if the siege was done his his way that most of the Branch Davidians would have eventually surrendered peacefully. Even though he remains critical of his former peers at the FBI, he still blames the Branch Davidians for the fatal conclusion of the standoff.

“I would still argue in front of anyone that the ultimate outcome was not the FBI’s fault,” he said. “He [Koresh] just would not come out.”

Noesner did note to Oxygen.com that unlike the series, he was not actually at Ruby Ridge. Instead, his partner was.

He also said he also didn’t do as much negotiating with Koresh as depicted; rather he led a team to do most of the direct talking.

While Noesner said he thinks the FBI was treated fairly in the series, he doesn’t feel the same way about the Branch Davidians’ depiction.

“I think they painted too positive or sympathetic of a picture of Koresh and his followers,” he told Oxygen.com. “In real life David Koresh was a far more dark sinister manipulative narcissistic guy.”

It was Koresh himself who is ultimately responsible for the death toll, Noesner contended.

“Every single day in the negotiations we gave him an opportunity to lead his people out and do the right thing and he consistently chose not to do so,” he said.

The series also suggests that it was the FBI who is at fault for the fire in the compound. Tear gas, like the kind that was injected into the compound, is incendiary. However, the real Noesner told Oxygen.com that he thinks the Branch Davidians purposely set the building on fire.

“I know it,” he said. “Independent fire investigation verified that it was started at multiple points inside at the same time. There were FBI tactical people who observed people spreading kerosene. We had hidden microphones that caught Davidians saying ‘light the fires.’”

He noted that tear gas is used by cops quite frequently and it has started some fires but said it’s a pretty rare occurrence. However, survivors and several others still point the finger at the government, ABC News reported in 2018.

“The notion that the big old bad FBI just wanted to go in there and kill everybody isn’t true,” Noesner told Oxygen.com. “Even that on-scene commander and that tactical commander that I disagreed with vehemently. In their own minds they were trying to bring everybody out alive. It’s not like they had this sinister agenda whereas I think you could say David Koresh did have a sinister agenda.”

What has he been up to after Waco?

Before retiring from the FBI in 2003, Noesner told Oxygen.com he worked on other siege situations that were much more successful. He was a negotiator on an 81-day armed stand-off with the anti-government militia Montana Freemen in Montana in 1996.

“No shots were fired, everyone surrendered and nobody knows about it because it ended so well it didn’t get much news coverage,” he said. “It was a tremendous validation of the learning points of Waco.”

He said the FBI learned a lot from their mistakes at Waco.

“I was tasked along with one other to put together a training program after Waco to train every single on scene commander and their assistants to be aware of the mistakes made at Waco and to make improvement,” Noesner told Oxygen.com, adding that privately the FBI admitted “we screwed up too [in addition to Koresh] and we need to make some changes and we did.”

After retiring from the FBI, he became a Senior Vice President with Control Risks, an international risk consultancy which helps clients in managing overseas kidnap incidents, according to his website. He told Oxygen.com sometimes he does corporate speaking about negotiation tactics and how they apply to life and work.

Noesner said he does consultant work on occasion but overall he is just enjoying a more peaceful life that does not include constant life or death scenarios. He currently lives in Virginia with his wife, Carol.

"Waco" is currently available to stream on Netflix.

Where Are Pamela Gluckin And Frank Tassone Now?