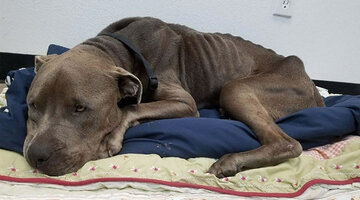 Luka Magnotta, subject of the chilling Netflix documentary “Don’t F**k With Cats: Hunting an Internet Killer," rose to international infamy in 2010 when he posted a video of himself suffocating two kittens inside a vacuum-sealed bag.

As the views — and outrage — poured in, Magnotta was emboldened to record himself committing even more heinous crimes, including multiple instances of animal cruelty and the 2012 murder of Concordia University student Jun Lin.

After stabbing Lin to death with an ice pick, Magnotta dismembered his remains and mailed the body parts to institutions across Canada. By the time the manhunt began, Magnotta had fled to Germany, where he was ultimately captured at an internet café while Googling news stories about himself, according to Canadian newspaper The Star.

Magnotta was charged with first-degree murder, committing an indignity to a body, publishing obscene material, criminally harassing Prime Minister Stephen Harper and other members of Parliament and mailing obscene and indecent material, reported AP News. He was found guilty of all five offenses.

For Lin’s murder, he was sentenced to life in prison with the possibility of parole after 25 years, and he was given an additional 19 years for the other charges.

Magnotta is currently serving his sentence at Quebec’s Archambault Institution, and in 2018, his life behind bars was exposed in “My Son, The Killer,” a true crime book written by author Brian Whitney and Anna Yourkin, Magnotta’s mother.

“He presents the same way now as he did back then. Rather haughty and above it all,” Whitney told Canadian newspaper the National Post.

Since his imprisonment, Magnotta has married a fellow inmate, Anthony Jolin, and reportedly enjoys movie nights, team sports and language classes, according to the Montreal Gazette. He continues to deny several of the allegations against him, claiming he never killed kittens and that he is not as captivated by attention as people say.

“He thinks society is sick — not him,” Whitney said. “He feels (or at least says) that people are obsessed with him, constantly making things up, gossiping about him, etc.”

While Whitney acknowledged that the book contributes to Magnotta again being “the star,” he does not believe “it benefits any of us to just ignore things that make us uncomfortable or disturb us.”

“I look at interviews with criminals of any sort as an opportunity for all of us to understand how and why people do what they do, and that hopefully can help us combat such things as a society in the future,” Whitney told the National Post.

Netflix Doc Will Tell The Sick Story Of Luke Magnotta

Who Is Karla Homolka From The Canadian “Ken And Barbie Killers”?