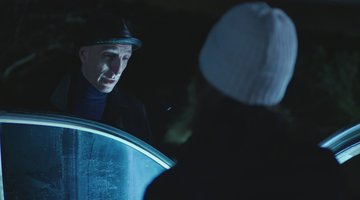 1:40
Preview
Was The Colonial Parkway Killer Pretending To Be Law Enforcement? 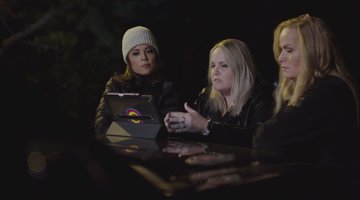 1:11
Preview
Did The Colonial Parkway Victims Know The Killer? 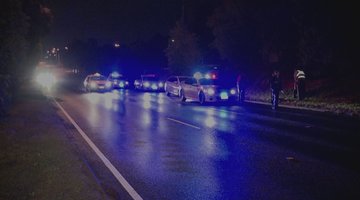 For multiple decades on a desolate stretch of road in Texas, a nightmare unfolded.

From 1971 until 2006, over 30 women were found dead along an area of Interstate 45 that runs for 50 miles between Houston and Galveston. The string of unsolved murders earned the route the nickname "highway to hell." One particular part of the highway, off Calder Road in League City, has gotten its own disturbing moniker: It's become known as the "Texas Killing Fields."

There, four women were found murdered in the same rural field, posed in a similar way. The disturbing unsolved crimes are the focus of the new Netflix limited series "Crime Scene: The Texas Killing Fields."

What Are The Texas Killing Fields?

In that rural field off Calder Road, four people were found dead from 1983 to 1991. They were all young women, left naked against a tree with their arms folded, according to a 1999 Texas Monthly article. Many investigators believe, per the outlet, that these four killings were the work of a serial killer, who turned this remote area into a "personal graveyard."

The first victim was a 23-year-old League City bartender named Heidi Fye. She vanished in 1983, and had last been seen going to use a payphone at a store, according to Texas Monthly.

She was found in April 1984, when a dog brought a human skull over to its owners. After a long search, they were able to find the rest of Fye's body in the field.

The next victim was a 16-year-old named Laura Miller. She had an aptitude for music, but then she started having seizures, which impacted life as she knew it. She struggled with depression and started doing poorly in school, the FBI wrote in a 2019 article on the case.

Then, on Sept. 10, 1984, she asked her mother to drive her to a payphone to call her boyfriend. She said she'd walk herself the short way back home.

Initially, investigators wrote her off as a runaway, despite the fact that she needed medication for epilepsy — which had been left at home. But in 1986, her body was found in the same field Fye's had been located. During the search, there was another gruesome discovery, though: One more woman was found dead.  They were unable to identify this victim, and she became known as a Jane Doe.

Years later, in 1991, a fourth body was found in the field and became known as Janet Doe, according to the FBI.

It would take decades to identify the final two victims, until a breakthrough came in January 2019.

Jane Doe was finally named as Audrey Lee Cook, a 30-year-old mechanic who worked in various parts of Texas and had last been seen alive in December 1985. Janet Doe, meanwhile, was identified as Donna Gonsoulin Prudhomme, according to the FBI. She was a mother of two who had left her husband after he allegedly became abusive, said her sister.

RELATED: Is A Serial Killer Responsible For The Colonial Parkway Murders — Or Are The Vicious Roadside Slayings Unconnected?

“She had a pretty tough life, but she loved her children so much, and, you know, we all just do the best we can with what we have,” sister Dianne Gonsoulin-Hastings told the FBI.

Donna found happiness after breaking up with her husband, but it was short-lived. After some roadblocks, she ultimately brought her children to live with her mother. Dianne last spoke with Donna in 1989, when she requested her birth certificate for travel plans. No one ever saw her again.

The killings have been never been solved. There has been little evidence to go on, and nothing to connect the four victims. Police have considered the possibility of transients, known serial killers like Henry Lee Lucas, unrelated crimes of opportunity, and more, but ultimately believe the four women were murdered by the same person, according to Texas Monthly.

The murders still haunt their family members. Fye's father spent the rest of his life searching for answers, ultimately dying before he could ever get one.

“Even when he was on his deathbed,” her sister Josie Poarch told Texas Monthly, “he brought the family together and made us promise that we would never give up the search for her killer.”

Laura's father, Tim Miller, is still set on finding justice for his daughter as well. He even founded Texas EquuSearch, a search and rescue organization to help find missing people, according to local outlet Click2Houston.

“It’s important for the public to know that we have not given up. It may be labeled a cold case, but that doesn’t mean it’s sitting on a shelf and isn’t being worked,” said Special Agent Richard Rennison in the article from the FBI. “It’s being worked actively at the FBI and actively at the League City Police Department.”

These days, the field, now owned by a local church, is no longer as remote as it once was: It's across from a housing development and has a paved road. Members of the community have left a memorial site for each of the four victims, though, to acknowledge the horrors that happened there and honor the women whose lives were cut too short, according to the FBI.

As for the other women found dead along Interstate 45, only one case has ever been solved. A man named Kevin Edison Smith was sentenced to life in prison in 2012 for murdering a 13-year-old girl named Krystal Jean Baker in 1996, according to The Houston Chronicle. Like many of the victims in the Texas Killing Fields, Baker was last seen alive when she was walking to a store to call a friend. Her body was ultimately discovered under an interstate bridge.

Smith was linked to the murder years later through DNA evidence.

Calling All True Crime Fans
Oxygen Insider is your all-access pass to never-before-seen content, free digital evidence kits, and much more!
Sign Up for Free
All Posts About
Murders A-Z
Related
Crime News

Were The 1980s Colonial Parkway Murders Ever Solved?