Sign Up for Free to View
Where Is 'Tiger King' Joe Exotic Now? 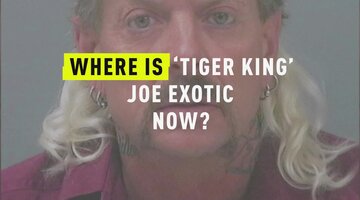 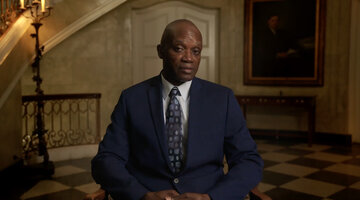 1:32
Preview
What Did These Three Baton Rouge Murders Have in Common? 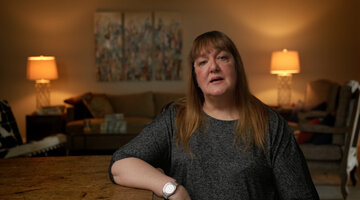 Joe Exotic’s mortal enemy in the Netflix doc-series “Tiger King: Murder, Mayhem and Madness” may have been targeted for her work on behalf of big cats, but that hasn't stopped her from continuing those efforts.

Carole Baskin — founder of the Big Cat Rescue, an animal sanctuary near Tampa, Florida — and Oklahoma zookeeper Exotic had been in a brutal feud for years prior to his plot to have her murdered. Baskin told Oxygen.com, however, that Exotic was nothing more than a "minor blip" in her life.

Baskin and Exotic had some elements in common. Both had flamboyant fashion sense — Exotic sported a mullet and sequins while Baskin wore leopard print whenever she went out in public. Both starred in their own YouTube channel, often talking about big cats in front of a green screen.

However, Baskin told Oxygen.com that her work is meant to save big cats from organizations like Exotic's, in which animals are exploited and bred for profit.

"The only thing we have in common at all is that we have big cats and that we do have visitors," she told Oxygen.com. "That‘s where the similarities end."

Exotic would breed tiger cubs and sell them to other big cat operations for thousands of dollars. “Tiger King: Murder, Mayhem and Madness” suggests he did so to keep his zoo running. He also took cubs on mall tours where he'd charge shoppers to cuddle and pose for pictures with them.

As the docu-series pointed out, Baskin used to breed big cats herself, which she has admitted to.

"Back in the '90s, before we knew any better and before the internet, the only people we could turn to for advice were telling us that these cats were not breeding well in the wild and they needed to be bred for future generations, so we bred from 1994 to 1997," she told Oxygen.com.

Baskin said she stopped breeding once she became more informed. She said there is no actual conservation value in breeding big cats because it's not possible to put them back into the wild. Instead, they end up at zoos and other organizations where they could potentially be mistreated.

As the new Netflix docu-series shows, Baskin contacted malls to halt Exotic's cub-petting operation. This resulted in a number of malls refusing to allow him to set up shop there. Baskin's website celebrated one of the mall bans against him in 2007 and two years later she built a separate website specifically to call out animal abuse at places like Exotic's operation, she said.

Exotic retaliated against Baskin by changing the name of his company to Big Cat Rescue Entertainment, mimicking both her sanctuary and logo. That way, when people Googled Big Cat Rescue, they'd stumble across Exotic's operation, engaged in the exact type of behavior that Baskin had been trying to stop. As the docu-series shows, Baskin began receiving concerned calls when people started confusing the two operations with one another.

Baskin took Exotic to court in 2011 for copying her logo and won a $1 million lawsuit. Even with the legal victory, she continued her efforts to shut down his operation, the docu-series shows.

As she did, Exotic regularly attacked her through his video channel. He claimed in 2014 that Baskin was stalking him. He called her a “crazy bitch” in a 2015 video.

Exotic even made a country music video with a Baskin lookalike suggesting she fed her former husband to tigers. That husband, Jack Donald Lewis, did go missing in 1997. Greg Thomas who worked homicides and cold cases for years in the Hillsborough County Sheriff's Department told Oxygen.com he remembered rumors circulating about her feeding him to her tigers but made it clear there's no evidence to suggest that he is even dead. His disappearance is not considered a homicide at this point.

Meanwhile, Exotic upped his violent rhetoric toward Baskin. He shot a blow-up doll, which was supposed to represent Baskin, in one of his videos. The docu-series suggested he may have put snakes in her mailbox.

Exotic also talked regularly about wanting to kill Baskin, which escalated to a murder-for-hire plot. That proved to be his ultimate downfall. He was sentenced to 22 years earlier this year after hiring an employee to kill Baskin and later attempting to hire a person who was in fact an undercover FBI agent.

Where is Baskin now?

Baskin is still running Big Cat Rescue, which addresses the infamous murder plot on its website, stating “You don’t become that hated by the industry unless you are having an impact.” Her current husband Howard Baskin, whom she has been married to since 2004, is the secretary of Big Cat Rescue.

After Exotic’s conviction, she posted a video expressing her gratitude for his capture. She expressed hope that the successful wildlife charges against him — he was also found guilty of killing five tigers, falsifying wildlife records, and violating the Endangered Species Act, according to a statement from the U.S. Attorney’s Office Western District of Oklahoma — would lead to the convictions of other big cat breeders.

She has been continuing her activism against animal abuse.

“I'm continuing to do everything I did before, which is whenever we see animal abuse we bring it to the attention of our fans and ask them to reach out to the venues and ask them to stop allowing mostly cub-handling," Baskin told Oxygen.com.

Her number one goal is to get a federal bill — the Big Cat Public Safety Act —passed to ban cub-handling and to phase out private possession so that big cat owners can't buy or breed additional cats.

In case you are wondering, she is still wearing leopard print whenever she goes out in public. She calls it her uniform.

“It’s just to keep it on the forefront on the minds of people that we are here talking about saving the tigers from extinction," she said, adding that tiger cubs being ripped from their mothers is contributing to the species' demise.

Her ordeal with Exotic isn’t just the subject of the Netflix docu-series. It was also turned into a Wondery podcast last year. Kate McKinnon of Saturday Night Live is going to play Baskin in an upcoming television mini series based on the podcast, Variety reported last year.

Editor's note: In his initial interview with Oxygen.com, Greg Thomas of the Hillsborough County Sheriff's Department stated that Carole Baskin was looked at as a person of interest in her husband Don Lewis' disappearance. Amanda Granit, public relations coordinator for the Hillsborough County Sheriff’s Office, has since clarified that Baskin was never officially named a person of interest, nor has anyone else. The case is still classified as a missing persons case.