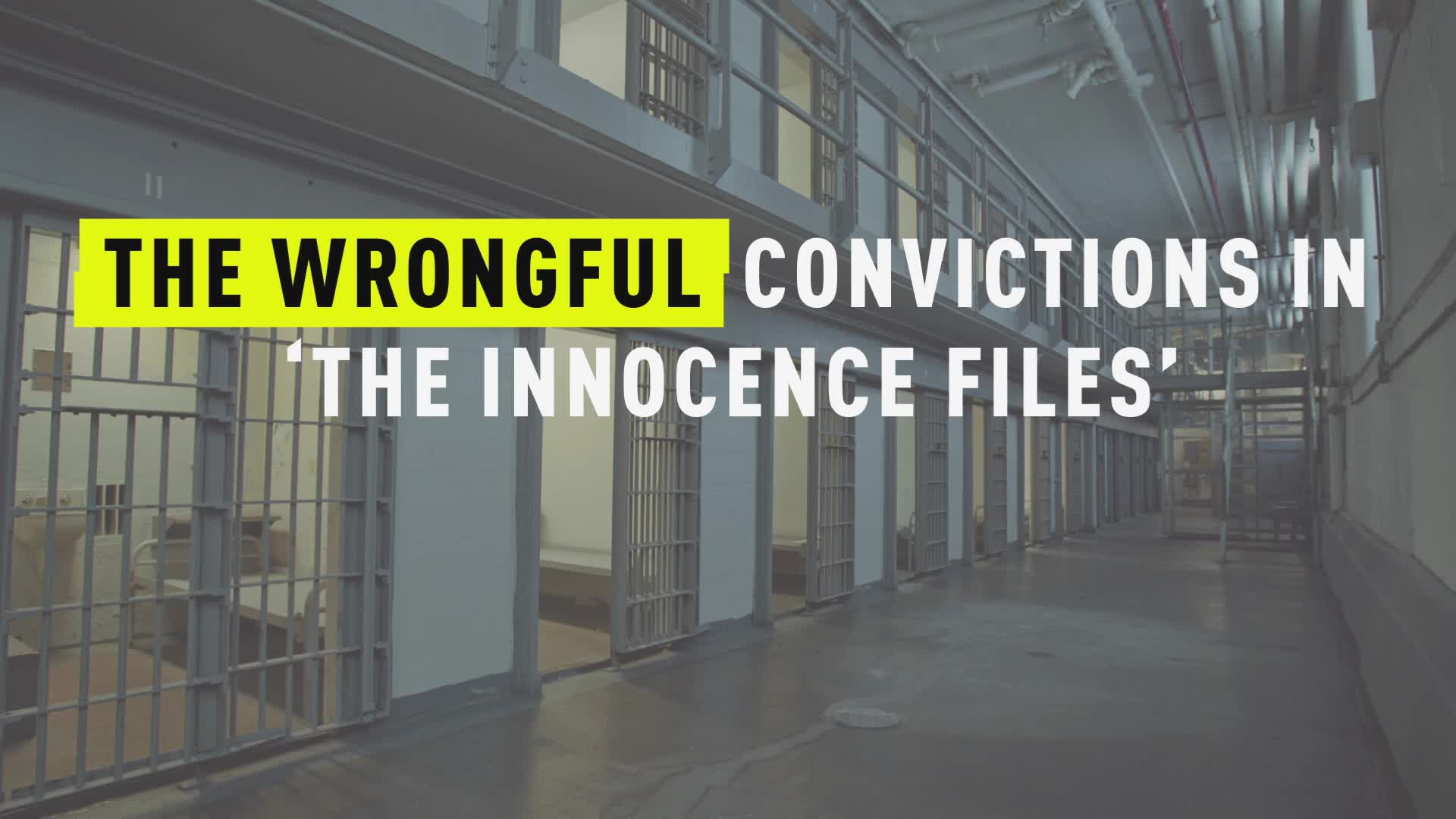 Several of the exonerees whose stories are featured in “The Innocence Files” were wrongly convicted based on bite mark evidence. Keith Allen Harward is one such man.

After an incorrect identification linked him to a brutal rape and murder in a Virginia town that he was stationed at during his time as a sailor, a dental expert solidified his fate.

He ended up spending over three decades behind bars while the real perpetrator — another sailor from the same fleet — remained free to commit more crimes. Now that Harward has been exonerated, he’s focused on bringing attention to the flaws of the system that put him behind bars.

Nearly half of all Innocence Project cases involved either misapplied or flawed forensic evidence methods like bite mark analysis, according to the docuseries.

Chris Fabricant, Director of Strategic Litigation for the Innocence Project — a nonprofit legal organization devoted to exonerating the wrongly convicted people — previously told Oxygen.com that the Innocence Project specifically searches for cases where a conviction was based off bite mark evidence, because those cases in particular are so flimsy.

Peter Neufeld, co-founder of the Innocence Project, also said in the new Netflix docuseries that convictions based off bite mark evidence are a specific priority for them. Harward’s case is a prime example as for why.

Who is Keith Harward?

Harward was a sailor stationed to the USS Carl Vinson off Newport News, Virginia. The small town became the setting for a gruesome rape and murder on Sept. 14, 1982.

That night, an intruder — dressed in a sailor uniform with dog tags around his neck — broke into the home of Jesse and Teresa Perron. He beat Jesse to death with a crowbar, according to court records. Then, he repeatedly raped Teresa for several hours.

Teresa explained in the docuseries that her children were sleeping in the other room during the assault. One of the most challenging aspects of the horrific ordeal was trying to stay quiet to protect her kids. Teresa told the filmmakers that her assailant threatened to rape her daughter if she didn’t comply. He bit her legs from her ankle to her thighs during the traumatic incident.

Teresa described the attacker to the local authorities; he was clean cut and thin with sandy hair. However, they were unable to track the assailant down.

Six months later, a woman went to the hospital after a man bit her during a fight. That man was Harward. The bite detail made investigators wonder if he could also be the killer who broke into the Perron house. However, as Teresa explained in the docuseries, she didn’t recognize Harward’s voice.

But, perspective changed after a security guard then came forward and said he saw a sailor come in with blood on him the morning of the crime. He was shown six mugshots and he identified Harward as the bloodied sailor.

Molds were thereafter made of Harward’s teeth. Forensic dentists Lowell Levine and Alvin Kagey claimed that Harward’s teeth matched photos of one of the bite marks left on Teresa. Levine — who had served as President of the American Academy of Forensic Sciences and the Forensic Sciences Foundation as well as the American Board of Forensic Odontology — testified for the prosecution that Harward has a chipped central incisor which matches an an impression on Teresa's thigh "within a reasonable scientific certainty,” according to the docuseries.

Dr. Niki Osborne, a forensic research scientist based in New Zealand who studies decision-making and reliability in forensic sciences, previously told Oxygen.com that making such declarative statements is incorrect. She said it can be declared that a bite mark “cannot exclude” a suspect as its source. However, she said that skin is not a precise impression material, thus it cannot create perfect matches.

Additionally, the security guard’s identification of Harward only happened after he was placed under hypnosis, a practice that is no longer respected, according to the Innocence Project.

"To the day I was convicted, I felt like somebody's going to say, 'uh this is a mistake,’” Harward told the makers of the docuseries.

Harward was convicted in 1983 of capital murder, robbery, sodomy and rape, according to a 2016 Richmond Times-Dispatch story. In 1985, the Virginia Supreme Court ruled that he couldn’t be convicted for capital murder in the commission of a rape because the murder victim and the rape victim were separate. He was then convicted of first-degree murder instead of capital murder, but sentenced to life again.

He ended up spending 33 years in prison.

Fabricant noted in “The Innocence Files” that his paralegal came across Harward’s case while looking for bite mark conviction cases to work on. Harward had written to them looking for help in 2006, ABC News reported in 2016.

“The evidence against Keith was incredibly weak,” Innocence Project attorney Olga Akselrod reflected in the docuseries. “In fact, there was physical evidence known that pointed away from Keith.”

She added that the exculpatory evidence — evidence favorable to the defendant — was rationalized away because the expert dentists said he was the guy.

The Innocence Project took on the case and had crime scene DNA retested. It excluded Harward from the scene. Instead, the DNA profile matched with Jerry Crotty, Harward’s shipmate on the Carl Vinson — who looked similar to Harward.

Crotty was in and out of prison for most of his life until he died in 2006. Evidence indicating he was responsible for the heinous 1982 rape and murder came years after his death.

As a result of this discovery, Harward was exonerated and released from prison in 2016 at the age of 60. He said one of the hardest ordeals was missing his parents.

“It killed them,” he told ABC News at the time. “It devastated them.”

Where is he now?

Since getting out of prison, Harward returned to his roots. He told the producers of “The Innocence Files” that he grew up in the country on a lake where he fished as much as he could. He said he missed this life as he was incarcerated. Now, he lives out in the country again, where he enjoys feeding wild birds.

The state of Virginia gave him a compensation package of $1.55 million in 2017, Richmond.com reported at the time. He now has a new car, a tractor, a minibike and even his own bus named “Tater Blue.” He said his name was Tater back in prison.

Harward has a girlfriend, Mary Dodd, and the pair were discussing taking a cross country trip on his bus during the making of “The Innocence Files.”

He said he hasn’t cut his hair since he’s been in prison, but noted that Dodd helps him trim it up.

'If there's a bite mark case that they're trying to allow, I will show up and tell them, no,” he said in the docuseries. “I will stand out front with a placard and say ‘this stuff's junk.”

The docuseries showed him advocating for a bill to challenge wrongful convictions caused by flawed forensic science.

"The Innocence Files" is available to stream on Netflix.

Who Is Franky Carrillo From 'The Innocence Files'?