Sign Up for Free to View
Thomas Dillon Showed “No Remorse” 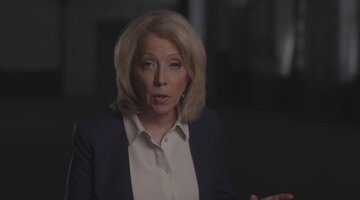 1:45
Exclusive
Why Snipers Are Different Than Other Killers 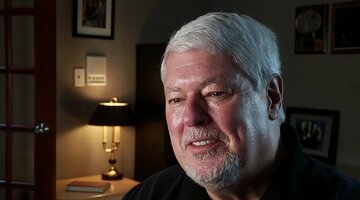 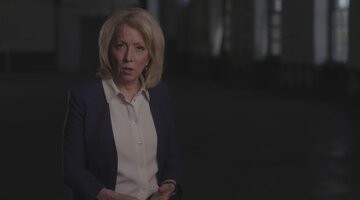 1:51
Exclusive
Why Did Thomas Dillon Write Confession to Media?

How do you hunt a hunter of men? Ohio investigators faced that urgent question when a series of murders cut across five counties.

In April 1989, Donald Welling, 35, was found dead on the side of a road about a half mile from his home in Tuscarawas County. Known to loved ones as being kind and carefree, he had been shot with a high-powered rifle.

“The bullet passed through his arm into his chest area,” investigators told “Twisted Killers,” airing Thursdays at 9/8c on Oxygen. That .308 bullet was the only evidence recovered from the scene.

Police found no sign of a struggle at Welling’s home and questioned a local resident whose wife was allegedly having an affair with Welling. That lead ended up being a false one.

Had Welling been murdered or accidentally shot by a hunter? It was unclear.

“What we really knew is we had a dead man that had been shot,” said Walter Wilson, retired sheriff, Tuscarawas County.

In November 1990, Jamie Paxton, 21, a crossbow hunter, was found dead in Belmont County. He was shot three times — in his chest, knee, and backside, said investigators. It appeared the shooter fired from a far distance.

Paxton’s mother wrote to a local paper long after the murder in an effort to get justice. She got a response: On November 4, 1991, the paper received an unsigned typed letter from an individual claiming to be “the murderer of Jamie Paxton,” reported The Times Leader. Details of the crime that hadn’t been made public were in the correspondence.

“He said he would continue to kill and that he had no remorse,” said Fred Thompson, retired sheriff, Belmont County. “He describes himself as being a serial killer and that he has a strange urge that he cannot satisfy until he kills a human being.”

Then, in March 1992, Claude Hawkins, 49, a married father of four who was out fishing, was found shot dead in Coshocton County. An autopsy revealed that Hawkins was shot by a high-powered rifle. The ammo was identified as a 6.5x55 Swedish Mauser round.

At this point, investigators on the three separate cases connected.

“We all brought our files and we sat down and we just talked openly about what all our cases involved,” said Wilson.

They realized that all of the men were outside in isolated areas and had died after being shot with a high-powered rifle. They also discovered that there was a similar homicide in Muskingum County. In November 1990, just days after Paxton’s murder, Keith Loring, 30, was killed while out with hunting buddies.

The hunters had split up and made a plan to meet at their cars. Loring was a no-show and was found the next morning. He had been shot in the face.

Investigators believed the four murders were connected. They launched a task force to catch the serial killer and consulted the FBI.

Larry Ankrom, a retired special agent with the FBI Behavioral Analysis Unit, reviewed the letter from the alleged killer. Based on word choices he concluded that the author of the letter was a white male at least 30 years old with “at least a high school education or higher.”

As that profile helped narrow the search, a fifth victim was found, this one in Noble County. In April 1992, Gary Bradley, 44, was shot twice in a remote area where he was fishing. The weapon was a high-powered rifle. The rounds removed from his body matched the bullet used to kill Hawkins.

In the span of three years there were five murders in as many counties. “He seems to be intentionally going to different areas,” said former NYC prosecutor Beth Karas, adding that he might believe that gives him “a better chance of getting away with it.”

Investigators decided to hold a press conference about the murders in hopes that the public could provide leads. In August 1992, Richard Fry stepped forward and named his high school friend, Thomas Dillon, as a person investigators should consider. Fry told detectives he and Dillon, a family man with a son, both enjoyed guns and shooting but his friend’s behavior had become suspicious. Dillon would shoot out store windows, street signs, and cars, investigators told “Twisted Killers.”

In early August Dillon had been arrested for using a silencer in a wilderness park. He pleaded guilty and was put on probation. Detectives also learned that Dillon worked for the city of Canton as a draftsman for the water department and was off on the day of the five murders.

Investigators secretly surveilled Dillon all over southeastern Ohio for several months. During that time he burned buildings and killed animals. Maiming or murdering animals is seen as a “sort of practice or a warm-up” for potential psychopathic or serial killing behavior, according to Dr. Kate Termini, a forensic psychologist: “They move on to hurting and eventually killing humans.”

To help track Dillon the FBI provided help with an aviation unit, which proved to be invaluable in monitoring the suspect. After an incident in which a jogger may have been in jeopardy, investigators realized that Dillon needed to be brought in sooner, not later.

In November 1992 Dillon made a purchase at a gun show, which was in violation of his parole. “There’s a time in every investigation where you just have to roll the dice,” said retired LAPD investigator Tracey Benjamin. “You have to make a decision.”

Dillon was arrested for violating his probation by buying the weapon. While they were patting him down, agents found a handgun on him.

Dillon asked for a lawyer. He was taken to county jail and his home was searched, but that turned up no physical evidence — no guns or ammo to link him to the crimes.

Investigators sought help from the community. They asked anyone who bought or sold a gun or ammunition from or to Dillon to come forward. A man stepped up and said he’d bought a Swedish Mauser rifle and handed the firearm over to the investigators.

The FBI performed a ballistics test on the weapon. The gun was a 100 percent match with the one used to kill Bradley and a 90 percent match for Hawkins’ homicide. In exchange for taking the death penalty off the table, Dillon confessed to murdering all five men in July 1993.

“He said it was like shooting bottles at the dump,” said Harry Trombitas, a retired FBI special agent.

Dillon was sentenced to life in prison. He died in October 2011 at the age of 61.

To learn more about the case, watch “Twisted Killers,” airing Thursdays at 9/8c on Oxygen, and stream episodes here.

Leaf Killer Dismembered People And Hid Them In A Hollow Tree