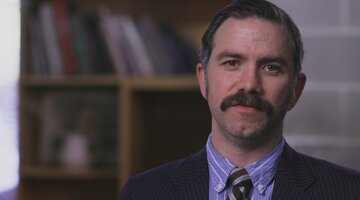 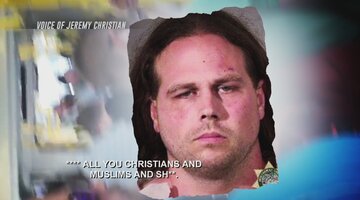 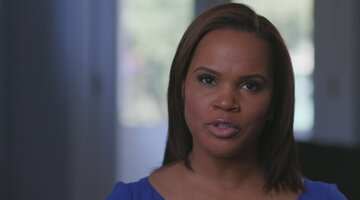 The 1998 torture and murder of gay student Matthew Shepard in Laramie, Wyoming, was a turning point for gay rights in the United States, prompting outrage, sorrow and activism. His murderers were both given consecutive life sentences, although they weren’t charged with a hate crime.

There were no federal or state laws at the time equipped to deal with violence dealt solely because of a person’s sexuality or gender identity. The federal government wouldn’t move substantially to address the kind of hatred that took Shepard’s life for almost 20 years, as explained on Oxygen’s new special, “Uncovered: Killed By Hate.”

Aaron McKinney and Russell Henderson were around 21-year-old Shepard’s age when they chatted him up the evening of Oct. 6 at the Fireside Lounge in Laramie. Matthew had just come from a meeting of his college LGBT association, where the group was planning awareness activities, according to the BBC.

Twenty-one years after beating Shepard into a coma and leaving him hanging in near-freezing temperatures from a wooden fence for 18 hours, McKinney and Henderson both remain in prison. They have both taken starkly different paths since they were sentenced, however.

McKinney was last serving his time in a Mississippi prison, as of late last year, and refusing interview requests, the Associated Press reported. However, McKinney did speak with actor Greg Pierotti in 2009, for a revival of “The Laramie Project,” a play centering around the fallout from Shepard’s murder, according to Today.com.

In a recorded 10-hour interview, which was adapted into a new act of the play, McKinney revealed that people should have little doubt Shepard’s murder was a hate crime — and that he feels no remorse.

“The night I did it, I did have hatred for homosexuals,” McKinney told Pierotti, according to the Denver Post. He also admitted that when he and Henderson zeroed in on that night at the Fireside Lounge, they did so because “he was obviously gay.”

“That played a part. His weakness. His frailty,” McKinney told Pierotti.

And, in 2018, Albany County Sheriff David O’Malley, who investigated Shepard’s murder 20 years before, shared a letter written to Henderson by McKinney while the two were both awaiting trial.

In the letter, McKinney tells Henderson that, at trial, he wants his friend to blame “everything” on him — even alleging that Henderson asked him to stop beating Shepard, and that he was “drunk and pointing a cannon” at his friend, according to the Coloradoan.

He also makes clear the homophobic element of the brutal murder — although he claims not to have known Shepard was gay when he and Henderson first approached him.

“After that, he mouthed off, so I hit him a few more times and his fag ass died,” McKinney wrote. “… At no time did we know he was gay until he tried to get on me.”

Stephen Belber, one of the playwrights of “The Laramie Project,” interviewed Henderson for the same production in 2009, and told the Denver Post the experience was different than Pierotti's with the apparently remorseless McKinney. Henderson has taken a victim empathy course, and even written a letter of apology to Judy Shepard, Matthew's mother, Belber said.

Henderson believes that the United States should revamp its federal hate crime laws to protect everyone, even nearly a decade after the passage of the Matthew Shepard and James Byrd, Jr. Hate Crimes Prevention Act, according to a 2018 Associated Press interview.

At a medium-security facility in Torrington, Wyoming, Henderson was working with hospice patients who were also serving jail time, and volunteering training shelter dogs, according to the report. Henderson reiterated that he was deeply sorry for Shepard’s murder.

For more on Shepard’s murder, as well as other brutal hate crimes and the current rise of extremist violence in the United States, watch “Uncovered: Killed By Hate,” airing Sunday at 7/6c on Oxygen.

Calling All True Crime Fans
Oxygen Insider is your all-access pass to never-before-seen content, free digital evidence kits, and much more!
Sign Up for Free
All Posts About
LGBTQ
Murders A-Z
Related

What Changed After The Worst Hate Crimes In Recent Memory?