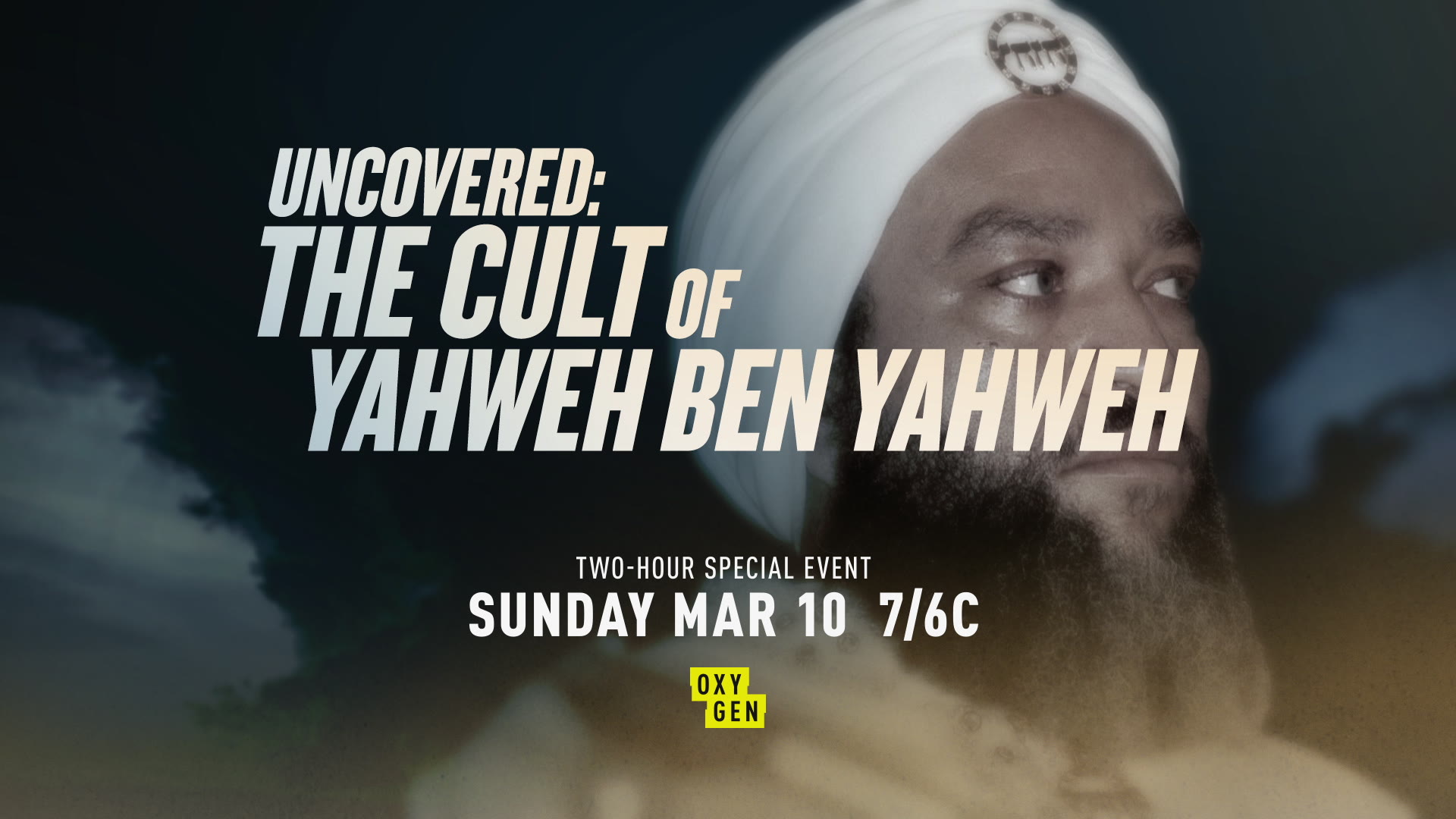 Oxygen Media, the destination for high-quality crime programming, debuts a compelling two-hour special, “Uncovered: The Cult of Yahweh Ben Yahweh” on Sunday, March 10 at 7pm ET/PT.  Hulon Mitchell Jr., aka Yahweh Ben Yahweh, devoted his life as the spiritual leader of the Nation of Yahweh, which he founded in 1979. During a time of racial divide, violence and corruption, his mission was to rehabilitate drug riddled neighborhoods in Miami. However, within just a few years, his controversial leadership led his members to a darker side, which some say turned the organization into a terrifying cult.

“Uncovered: The Cult of Yahweh Ben Yahweh” explores how Yahweh Ben Yahweh manipulated thousands, led with intimidation and gained political influence for more than a decade. Then in 1990, Yahweh Ben Yahweh was arrested and accused of orchestrating multiple murders, ordering his inner circle, more formally known as the “death of angels,” to facilitate these violent actions on his behalf. Was he actually the mastermind behind these crimes or did some of his members take his teachings to an unimaginable level? Through first-hand accounts from former and current followers of the group, law enforcement, legal experts and family members, Ben Yahweh’s story is told in chilling detail from his rise to power all the way through his shocking trial.

About Oxygen Media:
Oxygen Media is a multiplatform crime destination brand for women. Having announced the full-time shift to true crime programming in 2017, Oxygen remains one of the fastest growing cable entertainment networks with popular unscripted original programming that includes the flagship “Snapped” franchise, “Cold Justice,” “Killer Couples,” “Criminal Confessions,” and breakout hit event series such as “The Disappearance of Natalee Holloway,” “Dahmer on Dahmer: A Killer Speaks,” and “Aaron Hernandez Uncovered.” Available in more than 77 million homes, Oxygen is a program service of NBCUniversal Cable Entertainment, a division of NBCUniversal, one of the world's leading media and entertainment companies in the development, production, and marketing of entertainment, news, and information to a global audience. Watch Oxygen anywhere: On Demand, online, or across mobile and connected TVs.

Mom Says She Sleeps With Blade After Alleged Kidnapping Scheme