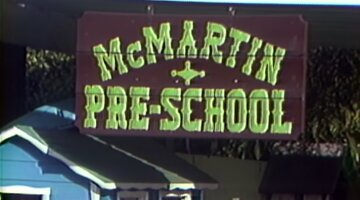 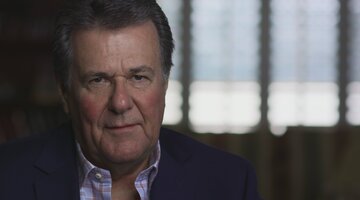 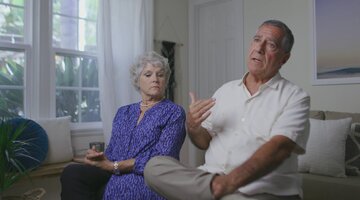 Throughout the 1980s, the United States became enthralled by reports of sexual abuse, child pornography and Satanism during the McMartin Preschool trials in Los Angeles, California. Over the course of a decade, seven teachers were arrested on more than 300 charges of child molestation and conspiracy, leading to the longest and costliest criminal trial in U.S. history, according to The New York Times. In the end, charges were dropped against five, and the remaining two went to trial, but they were ultimately acquitted.

Virginia McMartin opened her first preschool in 1956 at age 49, after separating from the father of her two children, according to UPI. The McMartin Preschool was located in Los Angeles County’s Manhattan Beach, and it grew so big that McMartin opened a second facility for a time. Parents enrolled their children or put their names on waiting lists in hope of gaining admission to what was considered one of the area’s best preschools. McMartin employed her daughter, Peggy McMartin Buckey, and Peggy’s two children, Peggy Ann and Raymond “Ray” Buckey.

In the summer of 1983, Manhattan Beach police received a phone call from Judy Johnson, whose younger son was a student at McMartin Preschool. She had noticed an irritation on her two-and-a-half-year-old son’s bottom, and claimed it was the result of sexual abuse by Ray Buckey, according to local newspaper The Beach Reporter. Police arrested Buckey on Sept. 7, 1983, but released him the same day, due to a lack of evidence, according to The Washington Post.

Following Buckey’s release, Johnson wrote the district attorney, claiming her son had been part of a Satanic ritual with McMartin Preschool employees. During the ritual, she claimed, “Peggy drilled a child under the arms'' and ''Ray flew in the air,” according to The New York Times. She would later claim that her dog had been sodomized and that her estranged husband molested one of their children, according to The Washington Post.

Following Buckey’s arrest in 1983, police reached out to 200 parents whose children attended the McMartin Preschool. In a form letter, police asked if their children had ever witnessed or experienced sexual abuse at the school.

“Our investigation indicates that possible criminal acts include: oral sex, fondling of genitals, buttock or chest area, and sodomy, possibly committed under the pretense of ‘taking the child's temperature,’” read the letter. “Also, photos may have been taken of children without their clothing.”

As the investigation got under way, the Los Angeles District Attorney's office referred parents to the Children’s Institute International, a local non-profit that provides social services to children in need. The organization provided counseling and therapy to 400 former McMartin students and helped determine if abuse had occurred. Social worker Kee MacFarlane conducted and oversaw interviews, using sock puppets and anatomically correct dolls to make the children open up, reported People Magazine. Most initially denied molestation, but were told other kids had revealed “yucky secrets” about what happened at the school, and were encouraged to do the same, according to The New York Times. In the end, more than 350 children described horrific accounts of abuse, which inflamed public speculation and turned the case into a national sensation.

Children described being molested by groups of men and women, including teachers at McMartin Preschool, in public bathrooms, the backroom of a meat market or in tunnels beneath the school, according to People. One child claimed Ray Buckey cut off a rabbit’s ears to scare them into silence, while another said he had been forced to drink rabbit's blood, according to The Washington Post. One boy claimed he saw Buckey beat a horse to death with a baseball bat. A girl later testified that children were forced to play a game called “naked movie star,” during which they took their clothes off and were photographed, according to the Los Angeles Times. Despite the allegations, no child pornography (films or photographs) was ever found that could be connected to the McMartin case.

On March 22, 1984, seven employees of the McMartin Preschool were indicted, including Virginia McMartin, then 76, Peggy McMartin Buckey, Peggy Ann Buckey, Ray Buckey, and employees Mary Ann Jackson, Babette Spitler and Betty Raidor. They first faced 115, then later 321 charges involving 48 children, according to The New York Times. Ray Buckey and his mother were initially held without bail, according to The Washington Post.

The preliminary hearing lasted almost two years and cost an estimated $4 million. At the conclusion, charges were dropped against Virginia McMartin, Peggy Ann Buckey, Jackson, Spitler and Raidor. According to the Los Angeles Times, prosecutors determined there was insufficient evidence to prove them guilty beyond a reasonable doubt.

Johnson was not able to testify at the hearing. On Dec. 19, 1986, she was found dead in her home, and the coroner’s office listed her cause of death as “fatty metamorphosis of the liver” associated with alcoholism, according to The New York Times. According to Times’ reporting, Johnson’s mental stability was a major focus of the preliminary hearing.

Peggy McMartin Buckey was eventually released from custody on an almost $300,000 bail, while Ray would spend five years in jail before being released in 1989 on $1.5 million bail, reported The Washington Post.

By the time the Buckeys’ trial began in the spring 1987, the case against them had been reduced to 99 charges of molestation and one of conspiracy involving 14 children. Defense attorney Daniel Davis claimed discrepancies in the alleged victims’ testimonies would cast doubt on the case, reported Los Angeles Times.

Upon reviewing the original interviews, prosecutor Glenn Stevens became uncomfortable with Kee MacFarlane’s "leading questions," as he called them in an interview with The Washington Post, and had misgivings about the medical evidence of abuse. He eventually quit the district attorney’s office. By 1989, the number of charges had been reduced to 64, and the trial dragged on, according to the Los Angeles Times.

In November 1989, after two and half years and testimony from 124 witnesses, a weary jury began deliberating the fates of Ray Buckey and Peggy McMartin Buckey. The case had cost $15 million to prosecute, according to the Los Angeles Times. Two months later, in January 1990, they rendered their judgement. The jury found the mother and son not guilty on 52 counts of child molestation, but remained deadlocked on 12 molestation charges against Ray Buckey and a single count of conspiracy against Ray and Peggy, according to the Associated Press. Jurors said videos of the Children's Institute International social workers interviewing the alleged victims particularly damaged the prosecution’s case, as they appeared to show counselors suggesting the possibility of molestation before the children did, according to The Washington Post.

After years of sensationalistic press coverage of the McMartin case, many were outraged by the Buckeys’ almost complete acquittal. According to The Washington Post, this public outcry led prosecutors to retry Ray on 13 counts of molestation and conspiracy in March 1990. Following a comparatively brisk trial of three months, the jury said it was “hopelessly and irreversibly” deadlocked, according to The New York Times, leading to a mistrial. On Aug. 1, 1990, the Los Angeles Times reported the case had come to its final end, as Superior Court Judge Stanley Weisberg declared, “The case of the People vs. Raymond Buckey is hereby dismissed, and the defendant is discharged.”

Virginia McMartin died in 1995 at age 88, and her daughter Peggy died in 2000, at 74. The preschool they built had been repeatedly vandalized and ultimately sold off to pay their legal bills. Ray Buckey went to law school, according to the Los Angeles Times, and since the trial has refused to talk about the case.

While some of those who testified in the McMartin Preschool trials maintain that they were victims of abuse, a man named Kyle Zirpolo came forward in 2005 and told the Los Angeles Times he had fabricated his accounts of sex abuse.

“I remember thinking to myself, ‘I’m not going to get out of here unless I tell them what they want to hear,’” he said, recalling his interview at Children's Institute International. “… I remember telling them nothing happened to me. I remember them almost giggling and laughing, saying, ‘Oh, we know these things happened to you. Why don't you just go ahead and tell us? Use these dolls if you're scared.’”