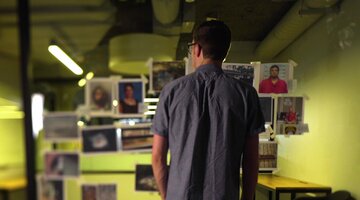 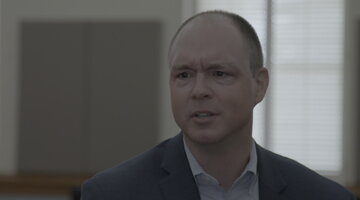 1:30
Exclusive
Up and Vanished Bonus: Donald Meets with the Mayor of Ocilla 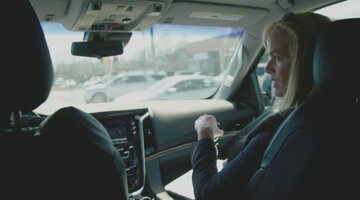 On the morning of June 27, 1995, producers at KIMT-TV, a CBS affiliate in Mason City, Iowa, were gearing up for their first broadcast of the day.

When anchor Jodi Huisentruit, 27, did not show up for her 2:30 a.m. call time, however, the station began to worry.

Producer Amy Kuns called Huisentruit around 3:10 a.m. to wake her, and she promised she was on her way in. But by 4 a.m., Huisentruit still had not arrived, and multiple calls to her apartment went unanswered.

Police performed a welfare check at her complex around 7:30 a.m., and in the lot where her red Mazda Miata was parked, they found signs of a struggle. Huisentruit’s heels, hair dryer, earrings, damaged car key, and can of hair spray were on the ground, and there were drag marks near the car.

Several neighbors later reported hearing a scream at about 4 a.m., and a white van was spotted in the lot that morning, according to CBS News.

Investigators classified her disappearance as an abduction, and the story of the missing anchor — which is reinvestigated in “Up and Vanished,” airing Saturdays at 7/6c on Oxygen — quickly became national news.

By interviewing friends and family, police learned that Huisentruit had reported a potential stalking incident in the months leading up to her disappearance. A black truck had followed her while she was out for a jog, but Huisentruit never followed up on the report. No other incidents were filed.

On the day prior to her vanishing, Huisentruit played in a charity golf tournament and later went over to her friend John Vancise’s house, reported CBS News. There, she watched a video of a surprise party that Vancise and their mutual friend Ani Kruse helped throw for her.

Huisentruit and Kruse met Vancise out at a bar one night, and while he was more than a decade older than Huisentruit, they became close friends. Some loved ones believed Vancise was infatuated with her, as he even went so far as to name his boat “Jodi,” according to “48 Hours.”

Huisentruit, on the other hand, had no romantic interest in the divorcée, which Kruse felt she had made clear to him.

Vancise submitted to a polygraph, which he passed, and was never named a suspect by police, according to newspaper the Sioux City Journal. Investigators did continue to keep tabs on him, and in early 2017, the Mason City Police Department executed a search warrant for GPS data on two of his cars, reported the Globe Gazette.

Chief Jeff Brinkely told “48 Hours” they obtained no useful information, and in 2019, it was revealed that Vansice was diagnosed with Alzheimer’s disease.

One man, however, was investigated by police in the late 1990s — Tony Jackson, a convicted serial rapist who lived two blocks from Huisentruit’s work, reported CBS News. He later moved to Minnesota, where he was sentenced to life in prison for a series of rapes, according to local newspaper The Globe.

“We sent them a file down and said, ‘You’ve got to look at this guy,’” Alberio told The Globe. “Based on his M.O., his pattern, we felt that he needed to be looked at.”

Veteran investigative reporter Caroline Lowe, who has covered multiple stories on the Huisentruit case, spoke to one of Jackson’s former jail mates, who claimed Jackson admitted to abducting and killing an anchorwoman. The man alleged Jackson even wrote a rap song about it, she told “48 Hours.”

“He said she's a-stiffin' around Tiffin in pileage of silage in a bylow, low below,” the man told Lowe.

Lowe headed to the town of Tiffin, which lies just a few hours south of Mason City, with law enforcement and cadaver dogs, but Huisentruit was nowhere to be found.

Police ultimately ruled Jackson out as a suspect, releasing a statement: “After conducting a thorough investigation which included interviews, crime laboratory analysis, records review, and polygraph examination, Tony Jackson is not considered, at this time, a viable suspect in the investigation.”

Jackson denied any involvement in her abduction, and in 2001, Huisentruit was legally declared dead.

Little other movement was made in the case until September 2011, when former Mason City Police Department officer Maria Ohl claimed she received a tip from an informant implicating multiple members of law enforcement in Huisentruit’s disappearance, according to local newspaper the Globe Gazette.

Ohl was terminated for reportedly violating protocol when handling evidence related to the case, but she later sued and was awarded a $95,000 settlement, said the Globe Gazette.

Friends and loved ones are still desperately searching for answers, and on what would have been Huisentruit’s 50th birthday, members of FindJodi.com unveiled four billboards around Mason City bearing Huisentruit’s face with the message, “Someone knows something... is it YOU?”

In January, one of the “Three Billboard Outside Ebbing, Missouri”-inspired advertisements was vandalized in spray paint with the words "Frank Stearns" and "machine shed."

Steve Ridge, a former investigative reporter and follower of the case, told local NBC affiliate KTTC that the vandals were potentially “implying that perhaps that is where to look for Jodi’s body.”

Ridge also told KTTC he had spoken with Stearns, who claimed he wants the people responsible prosecuted.

If you have any information about the case, contact the Mason City Police Department at 641-421-3636.

To find out what Payne Lindsey and his team discover, watch “Up and Vanished,” airing Saturdays at 7/6c on Oxygen.