Sign Up for Free to View
What Happened To Korrina Malinoski? 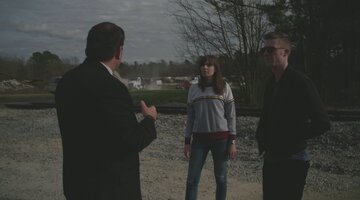 1:56
Preview
Where Did Annette Sagers Vanish? 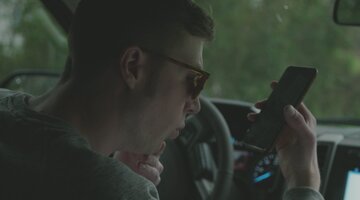 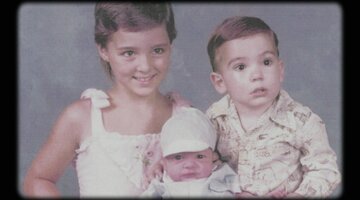 On Nov. 21, 1987, young mother of three Korrina Malinoski vanished from the Mount Holly Plantation, a 6,000-acre private property in Berkeley County, South Carolina, where her husband worked as a caretaker.

Less than a year later, Malinoski’s 11-year-old daughter, Annette Sagers, went missing from a bus stop outside the plantation, leaving a note behind addressed to her stepfather: “Dad, Mom came back. I have to go with her. Give the boys lots of kisses and hugs and also you to. Love, Annette.”

More than three decades have gone by without any conclusive leads, and their disappearances are currently being investigated by the Berkeley County Sheriff’s Office cold case team, Lieutenant Dean Kokinda and Sheriff Duane Lewis.

The case is also reexamined “Up and Vanished,” airing Saturdays at 7/6c on Oxygen.

While investigators were initially suspicious of Malinoski’s husband, Steven Malinoski, he has never been charged in connection with her disappearance. Today, he is considered a person of interest, Lt. Kokinda told WCIV, a Charleston ABC affiliate.

Korrina was reported missing after she failed to show up for work at a local convenience store, and the manager went to look for her at the caretaker’s cabin. There, he found her car parked and locked near the gated entrance, according to the Charlotte Observer.

Steven claimed that his wife left the night before between 11 and 11:30 p.m., telling deputies Korrina said she was going for drive, reported the Charlotte Observer.

“There was a lot of domestic violence in the house,” Lt. Kokinda told WCIV. “She was ready to leave him.”

Search and rescue crews did an extensive search of the area, but Korrina was never found. Steven later submitted to a polygraph, but the results were inconclusive, said Lt. Kokinda.

The following October, Sagers vanished while waiting at a bus stop. She had been spotted at the stop earlier that morning by multiple witnesses, but she was gone by the time the driver arrived.

Steven called law enforcement that afternoon when he found the note, according to the Charlotte Observer. Handwriting analysis was done, confirming the note had been penned by Sagers, but it is unknown if it was written under duress.

Investigators do believe that neither the mother nor daughter left Mount Holly Plantation, and in February 2019, the Sherriff's Office began collaborating with College of Charleston to determine areas where their bodies may be buried.

"They are developing a model where we can narrow that 6,000 acres down to 100 or 200 acres, which is a doable search,” Sheriff Lewis told WCIV.

A round of DNA testing is also being done on multiple items from the home.

In the years since they went missing, Steven moved to Florida and abandoned the two biological sons he had with Korrina. They were adopted, and deputies have since been in contact with them.

A pond on the property was drained in the 1990s, and a rolled-up carpet was found. The caretaker contacted authorities, but it was never documented in the case file or tested for evidence, reported WCIV.

It was later discarded, but Lt. Kokinda and Sheriff Lewis believe it may have been tied to the case.

In 2000, an anonymous tip prompted authorities to search a wooded area of Sumter County, which is about an hour and half drive from the plantation. They did not uncover anything, reported the Charlotte Observer.

To find out what Payne Lindsey and his team discover, watch “Up and Vanished,” airing Saturdays at 7/6c on Oxygen.