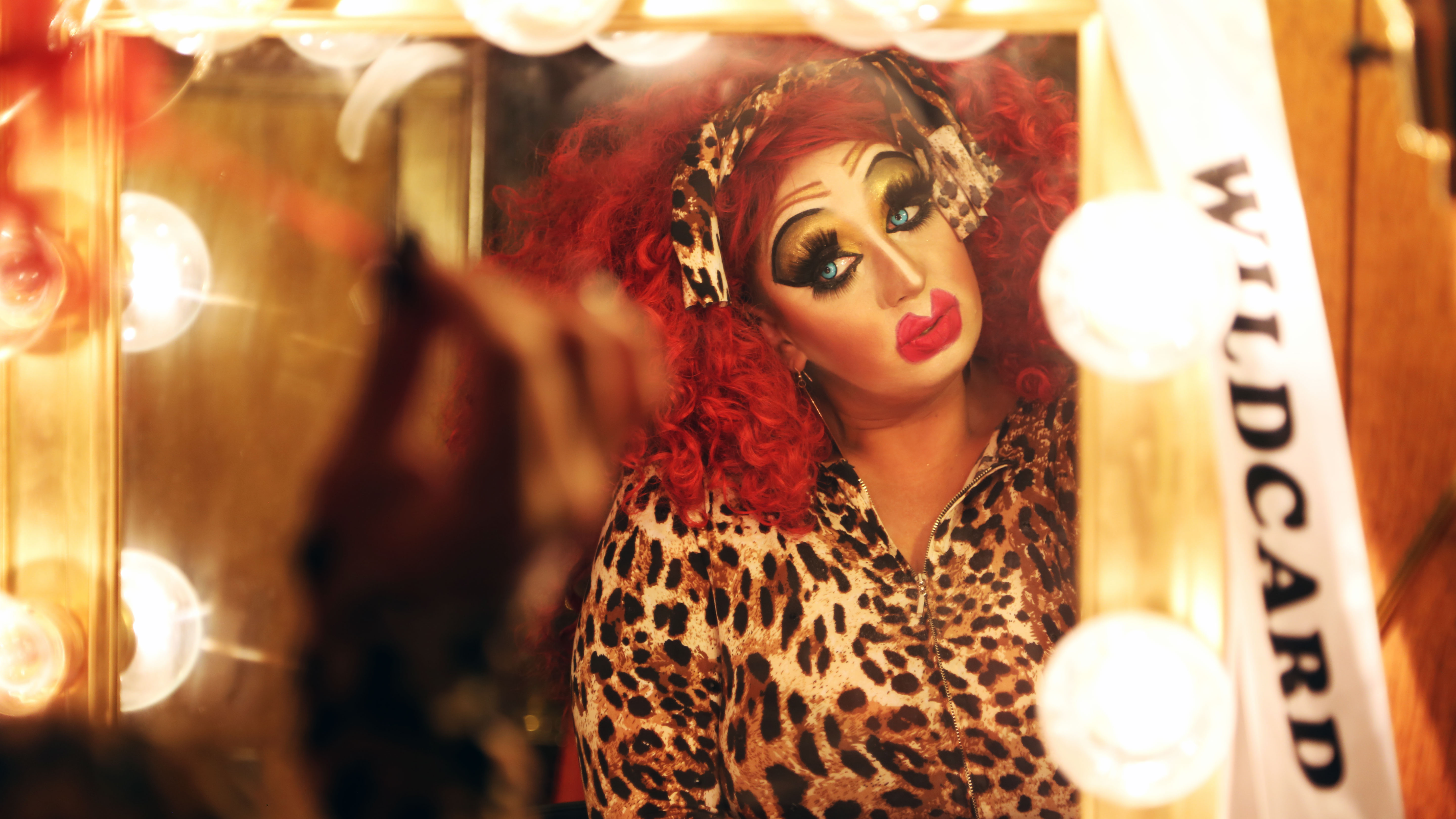 Crimson Kitty is part of Oxygen’s digital series In Progress 52. In 2016, Oxygen's Very Real digital hub is featuring 52 of these outstanding women: that's one woman a week, for 52 weeks. Check out the series here!

It's pretty safe to say that in the past decade or so there has been a complete explosion in the world of drag. Alongside the growing army of Glamazons brought about by RuPaul and her reality show empire, queens are becoming international pop stars.

But drag, for decades (if not centuries), has been an art form almost exclusively created by (and to an extent for) gay men. As both popular and underground culture begin to embrace the idea that all of gender itself is nothing but a performance, the art of drag is becoming both more accessible and experimental.

Enter: Crimson Kitty, New York's premier female drag queen. While drag itself may be designed to question our very core notions of gender, it is the gender that Crimson was born into that makes her so groundbreaking. Despite (or perhaps because) of the fact that she is a biological female, Crimson can keep up with the other queens -- sometimes she can even beat them at their own game.

It should be no surprise that the notion of female drag is a bit controversial. So much so that Crimson's drag mother (which is like a mentor), the notorious Rebecca Glasscock of Rupaul's Drag Race Season 1, encouraged Crimson to hide her sex at the beginning of her career. "She saw something special in me that no one saw before and she always told me, 'Never tell them that you’re a woman. Just be you, don’t tell them anything about you. Just do your thing!' And it really helped me! Now that people do know I am a woman it's more celebrated, but it's taken time to go in on that angle."

Learn how to do drag makeup with Crimson Kitty!

Digital Series
How To Do Drag Makeup with Crimson Kitty

Parsing through the semiotics of Crimson's act is certainly confusing, what with her heavily stylized features (oversized lips, opaque cheek contouring, eyebrows arched in almost 90 degree angles), hyper-expressive movements, and adoption of queer slang -- it would almost be easy to assume that her whole schtick comes from a place of ridicule. However, this couldn't be further from the truth. In fact, her entire persona comes from genuine adoration, originally born out of her attempts to come to terms with her own identity. "I would go to these clubs as a young baby dyke not knowing what to do," she recalled. "I knew I liked women but I didn’t know how to go about it. I never felt comfortable in women’s spaces. So I would hang out with my gay boys and they would take me to all of these amazing places. And I would see all these nightlife legends like Amanda Lepore. I wanted to be just like them! And it was my first foray into knowing what I wanted to do with my life."

Whether or not drag exists expressly to shock or to awe is entirely up for debate, but Crimson has best become known for a particularly raunchy act involving a can of tuna. "No one will ever let me live down the fact that I ate tuna on stage," she reminisces excitedly. "And it actually wasn’t tuna, it was real cat food. It was Fancy Feast! And it tastes just like tuna! I might have thrown it at people in the audience and people might have been disgusted and really pissed at me and they will never let me live that down. And if I have my legacy to leave as eating cat food on stage, good! Divine left a legacy by eating dog poop on the sidewalk, if that’s my legacy I’m okay with it!"

Watch Crimson eat a can of cat food in a drag rendition of Katy Perry's "Roar."

Crimson has since gone on to snatch trophies of her own, making a name for herself in New York's queer and gay scene. She started a show featuring an ever-changing lineup of female queens: "It's called LADYQUEEN and it's held at the legendary Stonewall Inn. It is the first and only all female drag revue ever: in Jersey, Brooklyn, Queens, Bronx. You name it, I’ve got the handle on it."

"People are interested, they want to know a different side of drag. They want something that is maybe not so politically incorrect, that is maybe speaking on topics such as feminism within drag. You’ll see a lot of feminists doing drag. You’ll see everything from feeling like a princess to a bad ass to maybe feeling alone -- but you’re sharing that through your drag."

Given her non-normative spin on drag, it's hard not to wonder what Crimson's personal life look likes. In some ways it's not a surprise at all to find out that she's dating a drag king.

"I am a taken feline," she quips. "I am actually in a relationship with a wonderful partner for over three years and that's like 20 years in lesbian years. We live together and slowly but surely she has become my drag son. I have actually built her to be a fantastic drag king in the drag king community ... Her name is Reggie Regina, rhymes with vagina." One can only imagine the hijinks that ensue: "There's a lot of drama when there's two performers living together but there's also a lot of understanding."

As she learned from educating her own girlfriend, starting out as a drag king or queen certainly isn't easy, but Mama Crimson managed to give some sage advice for the children: "The people who are now legends in the nightlife communities and the performing communities are the ones who didn't fit into any other boxes and made a name for themselves anyway. Performers like Murray Hill, Kevin Aviance: these are people that are just beyond the scope of what was already out there. They made that happen! They built the name, they made their communities. So if you don't find a community out there, make your own."

And as far Kitty's own hopes and dreams go?

"I want to be a household name. I want everyone in America to know that Crimson Kitty is THE TOP FEMALE DRAG QUEEN. That is where I'm going with it and I have so much love and dedication to make it all happen, that is absolutely my dream!"

Photos and original In Progress 52 videos by Emily Spada

All Posts About
In Progress
Pop Culture
Related Stories

Leiomy Maldonado Is The Wonder Woman Of Vogue