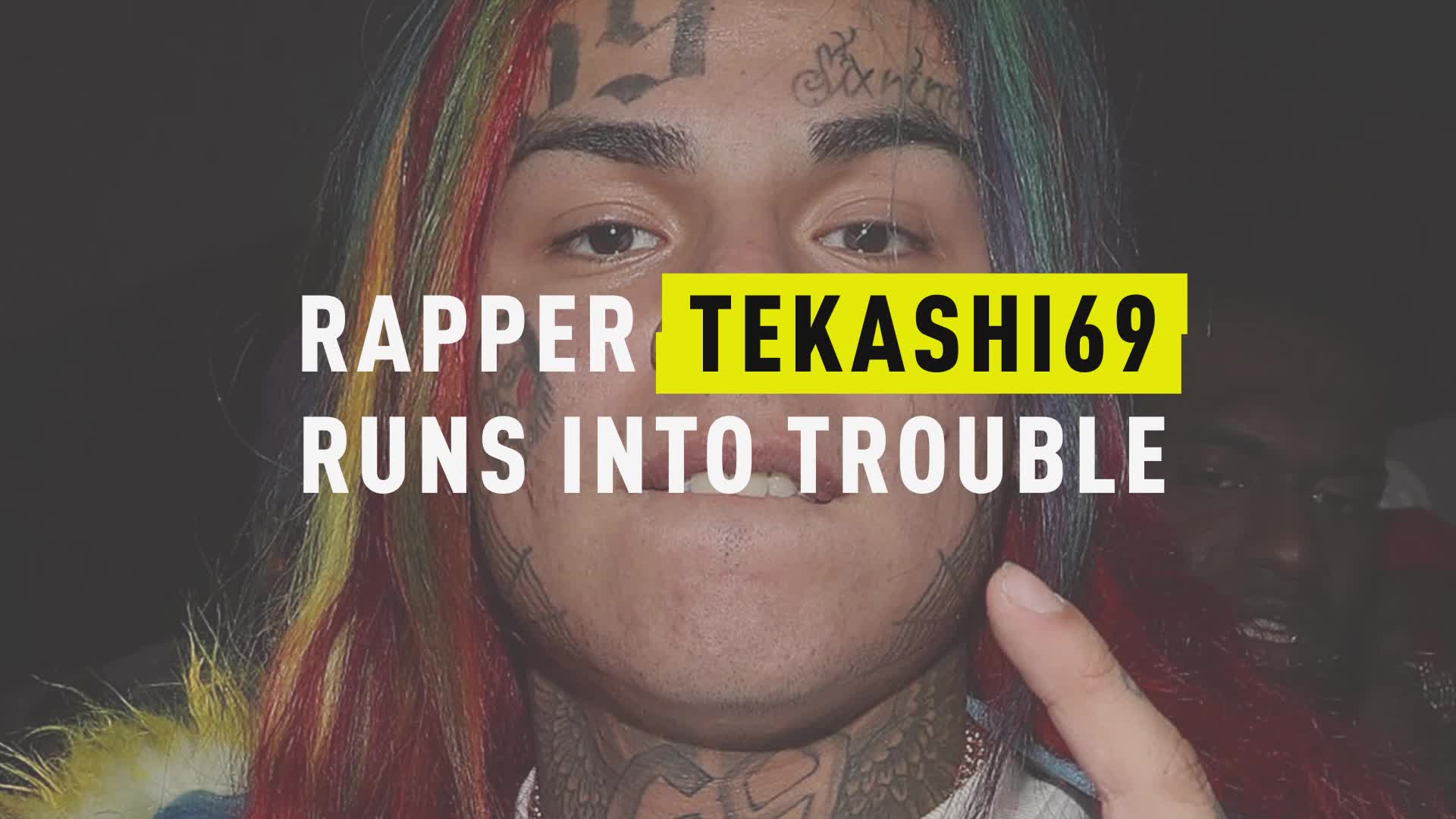 For Tekashi69, a traffic violation this week led to being charged with assaulting a police officer.

The rapper, whose legal name is Daniel Hernandez and other aliases Teka$hi and 6ix9ine, was first approached by cops in New York’s Bedford-Stuyvesant neighborhood on May 20, after officers noticed that his SUV was parked illegally in front of a fire hydrant, TMZ reports. When officers learned that Tekashi had been driving with a suspended license, they escorted the rapper to a Brooklyn precinct where he would be given a desk appearance sentence. Officers soon learned that the 22-year-old rapper was a wanted man.

Police in Houston, Texas had issued a warrant for Tekashi’s arrest in January, according to TMZ, after a 16-year-old fan reported to police that, when he attempted to record Tekashi69, the rapper yelled at him and choked him. Police charged Tekashi 69 with misdemeanor assault, The Source reports.

After police discovered Tekashi69’s warrant, they cuffed him and took him into custody, but according to TMZ, Tekashi69 allegedly squeezed a lieutenant's hand so hard during the arrest that it caused swelling, bumping up charges to include assaulting a police officer.

Tekashi69 was arraigned in Brooklyn Criminal Court and released on $25,000 bail, TMZ says.

He denied assaulting the officer in an Instagram video posted on May 22, and claimed that the officers physically assaulted him.

“Them n*ggas is corrupt. Them n*ggas beat the sh*t out of me,” he said a few seconds into the short clip.

This is not the first charge Tekashi69 has faced. He pleaded guilty in December to three felony counts of the use of a child in a sexual performance after videos of the incident were spread on social media.