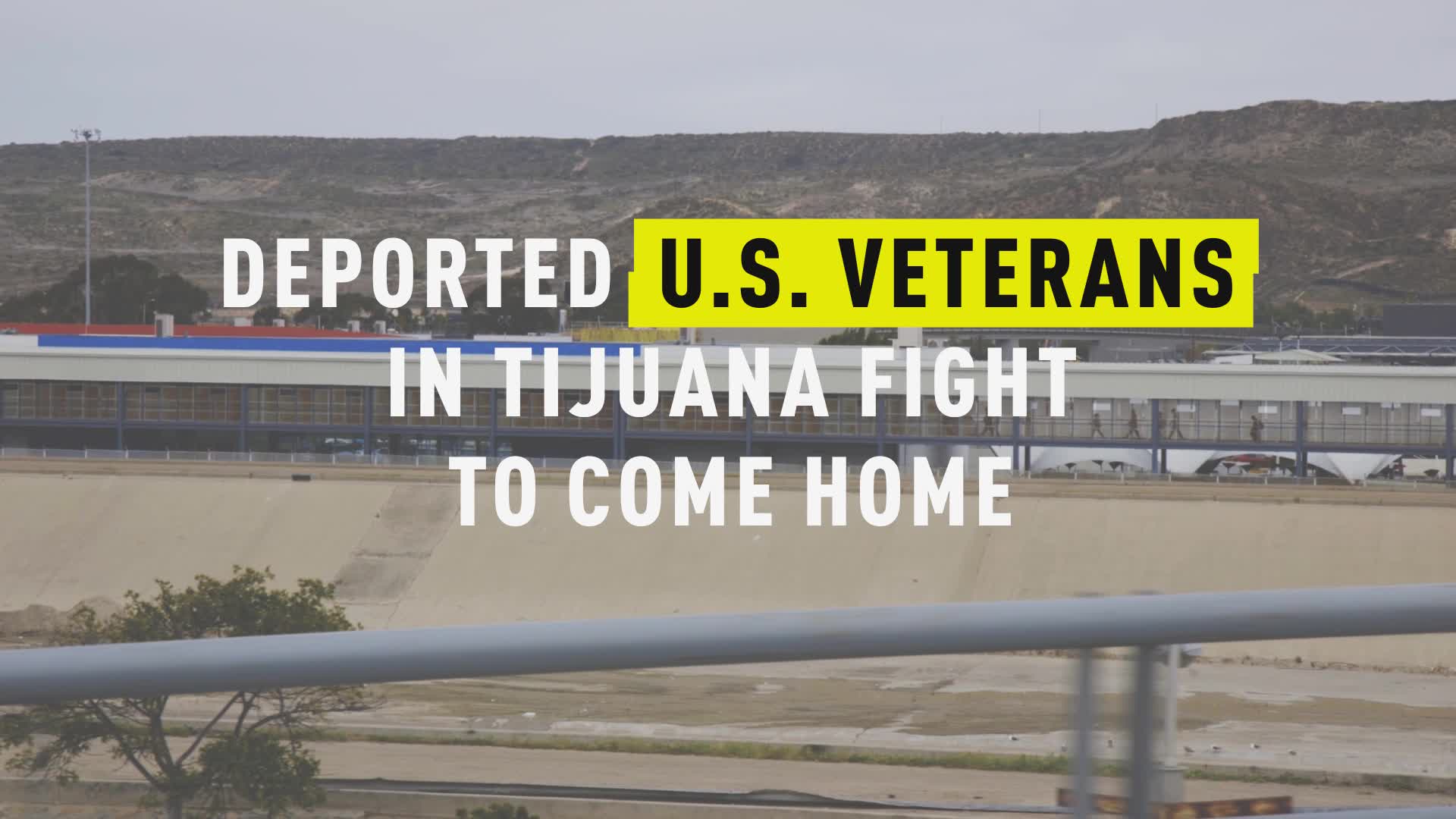 The Unified U.S. Deported Veterans Resource Center serves as both a refuge for veterans in Tijuana, Mexico, as well as a means for them to organize in their effort to return home.

The issue of deported veterans is fraught as it finds itself on the intersection of two issues: one, immigration, a hot-button topic with no easy compromise; and two, veterans’ rights, a cause beloved on both sides of the aisle and Americans at large.

In this video feature, we look at the lives of deported veterans in Tijuana, Mexico and the Unified U.S. Deported Veterans Resource Center — a central place for veterans, many suffering from PTSD and health issues.

We talked to Robert Vivar, co-director of Unified U.S. Deported Veterans Resource Center, Vice President of Veterans for Peace in Baja, and member of the Friendship Park Core Leadership group. Vivar, who is not a veteran, is a “Blue Star Father” and comes from a family of military men. Two of his brothers served in Vietnam.

“I got involved with deported veterans because, after deportation, I needed something extra to give my life meaning and motivation,” said Vivar to Oxygen.com, after finding himself in Tijuana in 2013.

In his five years in Tijuana, Vivar discovered his passion for his culture and heritage, and social justice, he tells us.

His story is complicated. Vivar had come to the U.S. as a child legally, but never completed the naturalization process. According to KCET, Vivar said he was first deported after having some issues with drugs. He returned to the U.S. as an undocumented immigrant to find good work and to take care of his sick wife, which he did, in construction.

But he was caught on the job.

Now, Vivar works on a campaign for Avis/Budget as a customer service agent. He supports himself through call center work—both as an agent and as an instructor.

Vivar estimates that thousands of veterans have been deported, but is skeptical that the government claims to not track them—after all, the Department of Justice’s “Application for Cancellation of Removal For Permanent Residents” explicitly asks if they have served the United States Armed Forces.

Vivar is friends with Miguel Perez, Jr., a deported veteran whose case we followed in another video feature.

“Miguel is doing as well as he can,” said Vivar to us, noting that Miguel is unable to receive treatment for PTSD in Mexico.

Perez, Vivar says, is disappointed to see how the media has “wrongfully portrayed” Tijuana as a place that veterans can readily avail of VA benefits and compensation.

Recent coverage, at least, notes that veterans struggle on a daily basis to make ends meet, much less, receive care.

Vivar wonders about this question of citizenship and belonging.

“When a military service person is sent abroad, they are sent as U.S. citizens,” said Vivar. “When they return they do not go through an immigration line."

“At what point are they stripped of the citizenship? Without hearing or trial, without their knowledge. A naturalized person can lose citizenship by an act of terror or taking up arms against the U.S. None of which our deported vets have done.”

Who belongs in the United States? Who gets to stay? And what do we owe our veterans?