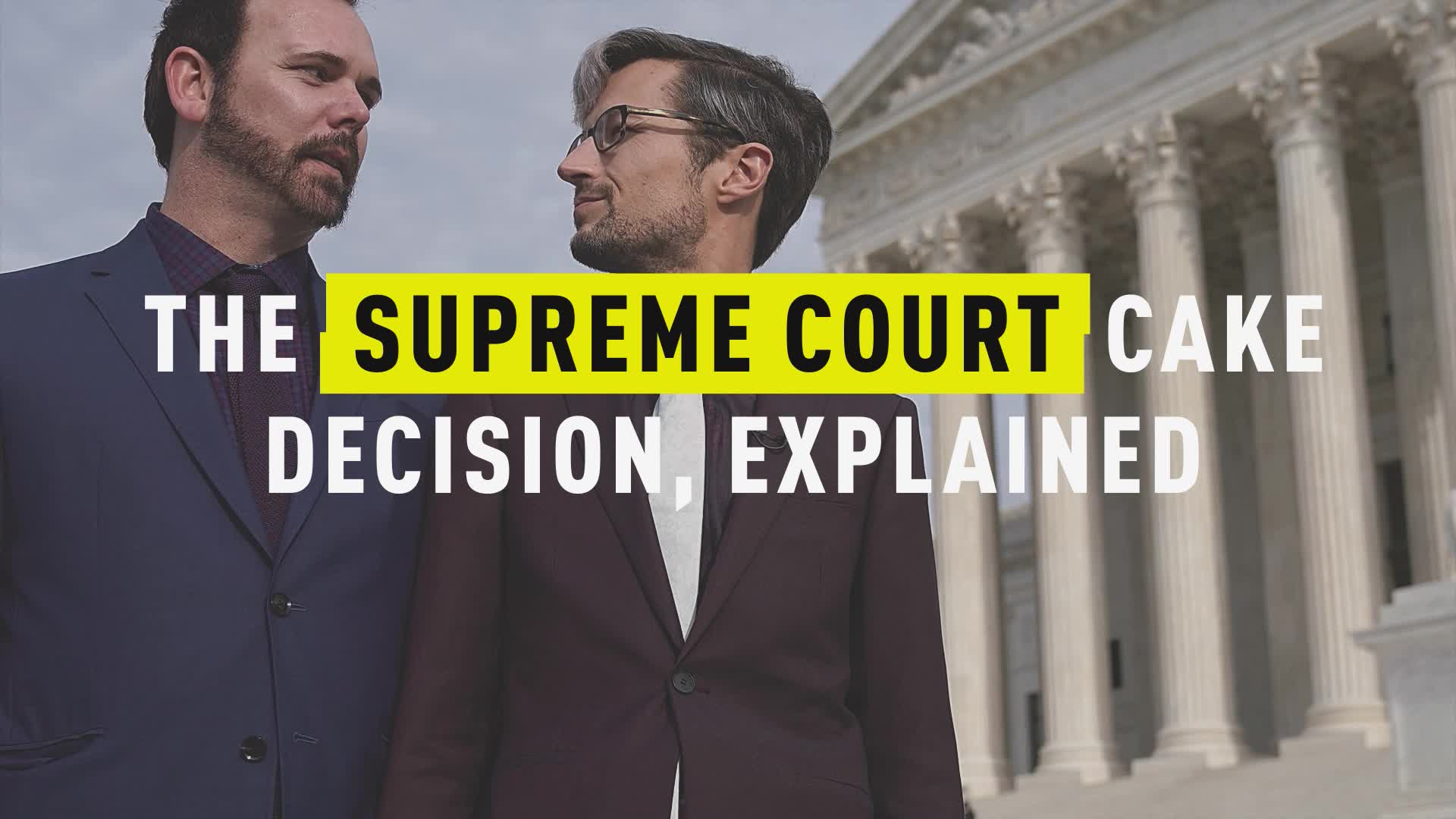 The Supreme Court ruled in favor this week of a Colorado baker who refused to bake a wedding cake for a same-sex couple in 2012.

Jack Phillips, a Colorado baker, refused to provide his services to gay couple David Mullins and Charlie Craig in July 2012 and cited his Christian beliefs as the basis for his decision. The justices decided in a 7-2 decision on Monday that the Colorado Civil Rights Commission showed an impermissible hostility toward religion when they found Phillips in violation of the state's anti-discrimination law, CNBC reports, concluding that the commission had violated Phillips' First Amendment rights.

“The commission’s hostility was inconsistent with the First Amendment’s guarantee that our laws be applied in a manner that is neutral toward religion,” Justice Anthony Kennedy wrote in the ruling.

Kennedy, who authored the 2015 ruling legalizing gay marriage in the U.S, also touched on the topic of gay rights, writing, “Our society has come to the recognition that gay persons and gay couples cannot be treated as social outcasts or as inferior in dignity and worth.”

The baker calls his decision “a matter of conscience” in an essay for USA Today.

“People don’t have to share my beliefs to support my freedom. They just need to agree that the decision should be mine to make — not the government’s to make for me.,” he wrote. “If the government can force me to celebrate events and express views that violate my conscience, they can do it to anyone.”

Does the guise of religious freedom provide a loophole when it comes to anti-discrimination laws, however?

The court did not offer any definitive ruling on the larger issue, with Justice Kennedy writing that it “must await further elaboration in the courts.”

“The Supreme Court rightly concluded that the Colorado Civil Rights Commission failed to show tolerance and respect for Mr. Phillips’ religious beliefs. In this case and others, the Department of Justice will continue to vigorously defend the free speech and religious freedom First Amendment rights of all Americans,” reads the statement.

Louise Melling, a lawyer for the American Civil Liberties Union, which represented Mullins and Craig, emphasized that the court’s decision was based on “unique” circumstances.

“The court reversed the Masterpiece Cakeshop decision based on concerns unique to the case but reaffirmed its longstanding rule that states can prevent the harms of discrimination in the marketplace, including against L.G.B.T. people,” Melling said.