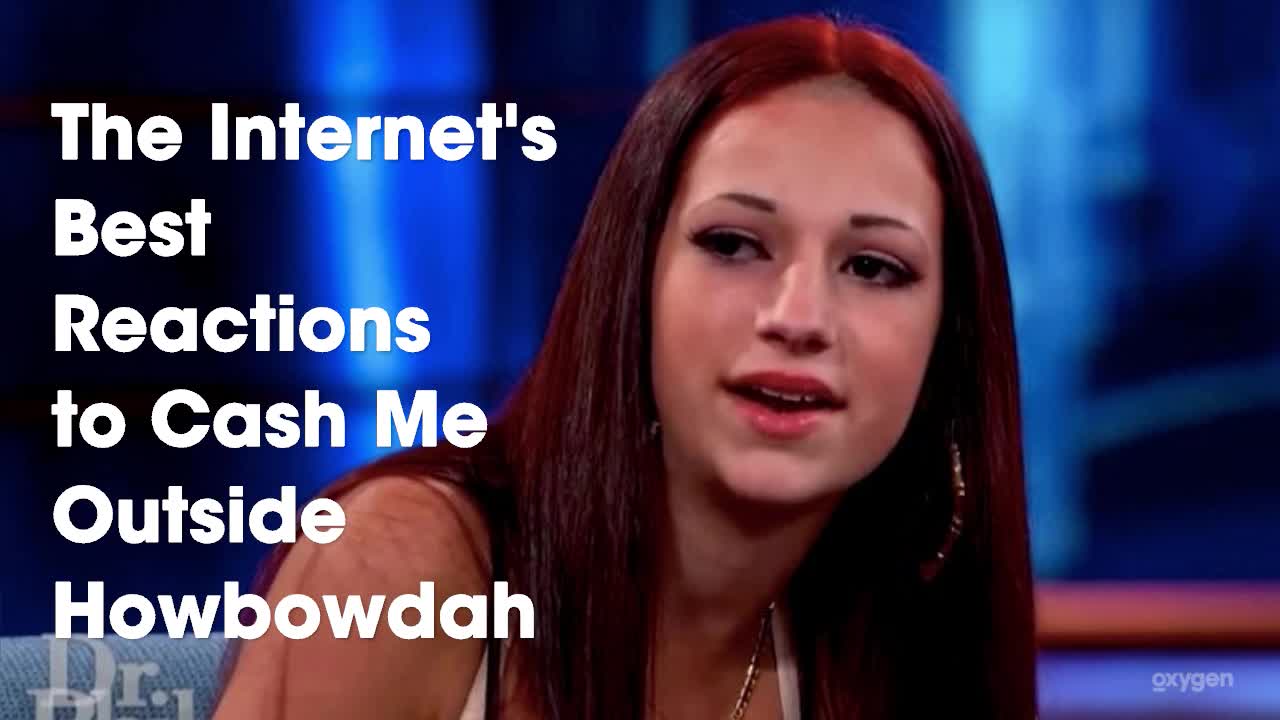 Does Danielle look familiar? No? Well, she went viral last week as an embarrassingly disrespectful teen guest on Dr. Phil. When she wasn't cursing at her mother and threatening the studio audience, she was boasting about how good of a fighter she was, telling anyone who dared to test her to "catch her outside."

White girls meet one black guy and act like they was born and raised in the hood 😭😭😂😂💀 I wouldn't dare talk to my mom like that pic.twitter.com/6V00skx2HZ

*Clears throat* WELP! Someone did take her up on that offer. It wasn't an audience member or even her mother, but someone who she knows from school. And they did just as she requested: they caught her outside.

Unfortunately, it didn't go as Danielle had planned.

In the video, you can hear her distinctive voice and hair being flung around, as the videotaper and onlookers laugh and taunt the situation. It appears that the fight was pre-planned, although it doesn't seem that the outcome was. One male can be heard saying, "Come on, turn up on her," appearing to speak to Danielle. She then turns around to look at the male voice, then turns back around and takes blows from the other mysterious girl fighter. Another onlooker yells, "Danielle, get up!" as she's dragged to the ground and attempts to find her balance again.

Danielle can then be seen and heard saying, "She hit me off guard," to which her supposed friend replies, "Hell nawl, you're getting wet," which I interpret as the kids' way of saying you just got your ass whooped. Danielle then says "Break it up, next round."

Watch the fight below, followed by her extensive list of excuses on Instagram Live. "Apparently yall don't know the difference between 'dragged' and 'dog-walked,'" she said, "because she drags bitches, I dog-walk bitches." Oh...

The internet isn't done roasting her just yet. And if there's one thing that we can thank Dr. Phil for, it most certainly is this remixed trap song of his interview. Enjoy.

All Posts About
Pop Culture
You May Also Like...
Recommended by Zergnet
Latest in Very Real