"Black Panther," the film to rule all of Marvel (and the box office), is hugely significant. With Shakespearean degrees of both drama and cultural impact, it is a love letter to people of African descent all over the world. It’s compelling, it’s exceedingly well-acted, it’s really fun. But it's not without contradictions.

"Black Panther" is set in Wakanda, a resplendent, anti-capitalist kingdom that strikes harmony between environmentalism and technology. But in the film, capitalism cures oppression and diplomacy is a salve for the wounds of colonization. How is it logical for Wakanda, which benefited from being isolated, to spill its secrets in a United Nations assembly? Similarly, purchasing  buildings in a poor part of Oakland to start an outreach center borders on neocolonialism—a center would only raise the rents, pushing out the poor in the neighborhood. In other words, it is not a natural ending to this story.

The movie starts in Oakland, the birthplace of the Black Panther party. T’Chaka (John Kani) surprises his younger brother, Prince N’Jobu (Sterling K. Brown), in the middle of plotting an uprising. N’jobu, “radicalized” by the plight of the black Americans he has embedded himself with, enlists Klaue, a white man, to steal vibranium vital to arming black people all over the world. T’Chaka kills his younger brother for this insubordination, leaving N’Jobu’s son Erik an orphan twice over, robbed of both father and country. It is unsurprising that Erik grows up to be Killmonger (Michael B. Jordan), but it is surprising that his entire plan to conquer Wakanda is not just a revenge plot. Killmonger as MCU’s most complex “villain” is deeply empathetic. But his way is not the “right way” in the ideological framework of the film. He is not allowed to thrive. 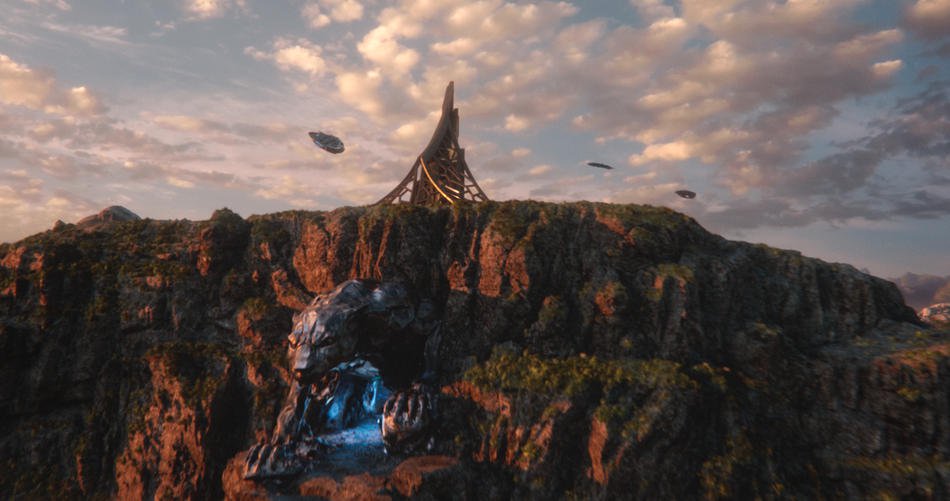 Killmonger does hate his royal relatives, and for good reason. His cousin, and the film’s hero, T’Challa (Chadwick Boseman) approaches him with hostility, never once welcomes him to Wakanda. Killmonger dies by his own hand, ripping out the blade in his chest, knowing that being healed in Wakanda would mean a lifetime of imprisonment. In a plot that pits an African royal against an orphan relative who wants to save all black people, capitalist hegemony would crown the peaceful royal the hero. When Wakanda ultimately opens its doors, it as at the behest of this hero.

The movie proffers other ideals of activism: early on, we see Nakia (Lupita N’yongo) in a mission against Boko Haram-esque human traffickers, interrupted by T’Challa who hilariously freezes when he sees her. Nakia must engage in individual-level activism because she does not get the support of Wakanda. This involves sending these survivors of trafficking back home. Wakanda, in its shield against the world that would exploit its resources, is thus also unwelcoming of refugees. Nakia, the ethical ballast of the cast, presents a neoliberal idea of philanthropic capitalism—she urges T’Challa to assist others with aid and technology sharing. Eventually, this is what Wakanda does, exiting its isolationism to share its resources. 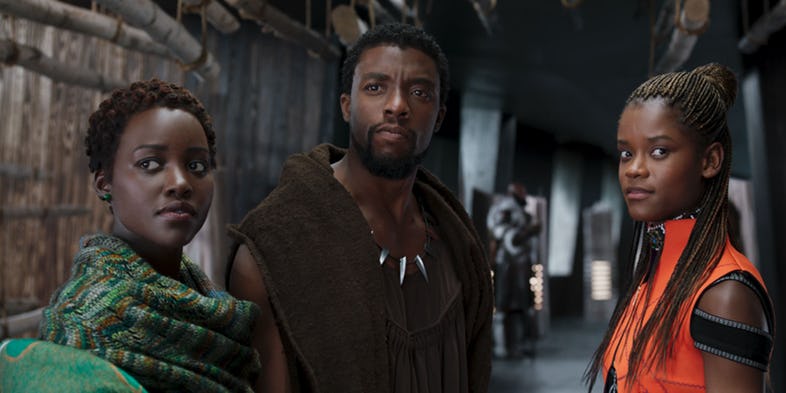 Ideally, the audience would not have to choose between these two “radical imaginings.” “In a world marked by racism, a man of African nobility must fight his own blood relative whose goal is the global liberation of blacks,” says Christopher Lebron, author of The Making Of Black Lives Matter: A Brief History of an Idea.

The villains are Killmonger and N’Jobu, who are criminalized for their vision of liberation. They want to fight the oppression of the African diaspora with force akin to the colonizer’s violence, as the movie frames it, but in a world that celebrates the “progress” of technology ad nauseum, their struggle is to be pitied, but their methods are shunned. Killmonger’s roots in poverty and displacement, and desire to equip all black people with weapons makes him a dangerous enemy—not to Wakanda, necessarily, but to capitalism and supremacy. It is imperative for N’jobu and Killmonger to align with the supposed white devil—Ulysses Klaue, who represents capitalism and technology run amok—to reify their outsider status in Wakanda. “"Black Panther" merely reiterated the uncomfortable point that we don’t really belong to Wakanda. We don’t belong anywhere,” says HuffPost writer Jolie A Doggett, of the black American in search of a homeland.

Killmonger is never welcomed to Wakanda, and his anger is alien to T’Challa, who has the ability to choose love. Everett Ross (Martin Freeman), confused CIA operative and “harmless” colonizer, is more welcome: He is allowed access to the secret of Wakanda and its technology, its splendor, its way of life. Ross represents partnerships and diplomacy, a benevolent imperialism, and a notion of “world peace,” despite CIA’s history in Africa. Killmonger’s biggest sin is that he poses a threat to the power balance of Wakanda itself: as someone with blood rights to the throne, with nobility running through his veins but equality in his marrow, Killmonger threatens to upend a version of freedom that T’Challa peddles—that is, T’Challa’s own sovereignty. If international peace is so important to Wakanda’s leaders, why did T’Challa greet his cousin with immediate hostility?

Because "Black Panther"'s power struggle rests in hegemony, not in liberation.

Wakanda is a monarchy where succession causes civil unrest, whose success lies in a magical substance that is repeatedly called by its Latin-root name. We see royalty and the warriors, we see succession rights, we see cooperative globalization in the offing. “At heart, it is a movie about a divided, tribalized continent, discovered by a white man who wants nothing more than to take its mineral resources, a continent run by a wealthy, power-hungry, feuding and feudalist elite, where a nation with the most advanced tech and weapons in the world nonetheless has no thinkers to develop systems of transitioning rulership that do not involve lethal combat or coup d'etat,” says Patrick Gathara of a vision of Africa “that could only spring from the neocolonial mind.”

Movies need money to be made. The ending is limiting because the movie cost $200 million, and that money had to come from somewhere. It is limiting because it is a high-stakes film—a lot is riding on its success. Beyond the tedium of proving to Hollywood that Black narratives do sell, "Black Panther" is a defining moment for representation and borne from the Afrofuturism art movement—a movement around the idea that black people “will have won the future,” as Carvel Wallace puts it in his New York Times magazine essay. “There exists, somewhere within us, an image in which we are whole, in which we are home...imagining our blackness as a thing with meaning and with lineage, with value and place.” Wallace recounts the viral video of three young men fawning over the movie poster. “This is what white people get to feel all the time?” says one of the young men, rhetorically.

But the movie, in its expression of Marvel Cinematic Universe’s politics, “stops short of truly upending its status quo.” The conclusion of the movie proposes an answer not to global oppression, but to an American notion of criminality—and that answer is gentrification. “I bought these three buildings,” says King T’Challa casually to his sister Shuri, pointing to a condemned building in the impoverished neighborhood where black children play basketball, where Killmonger, then simply Erik, looked up at the vibranium-powered aircraft flying away from his father’s cooling body. Oakland is the site of the fastest pace of  gentrification and displacement in the Bay Area—a story told in the web series “The North Pole” by the nonprofit Movement Generation. Disney is donating a tiny percentage of the film’s massive revenue to the building of a STEM center in Oakland, California. 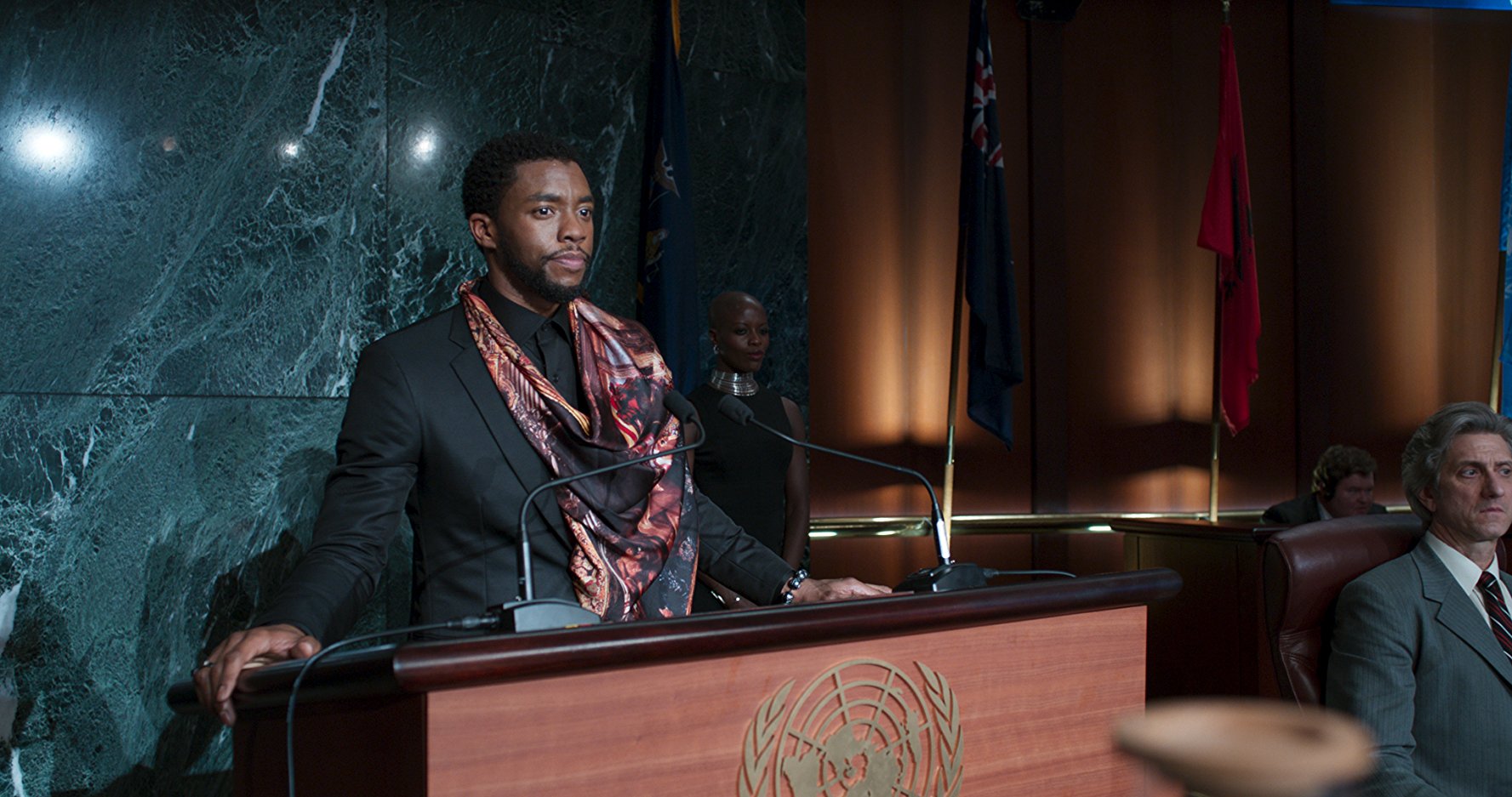 Decolonization is a program of complete disorder, to quote Frantz Fanon’s The Wretched of the Earth: “It cannot come as a result of magical practices, nor of a natural shock, nor of a friendly understanding.” No amount of vibranium, or technology, or United Nations diplomacy, will do.  In an end-credits scene, we see T’Challa at the United Nations, where white people demand of him: What can your farmers have to offer the rest of the world? The audience laughs, knowing that Wakanda has a lot more than the world has to offer it. In MCU, Wakanda has to offer itself up to a world built on exploitation and functioning on oppression.

But in our reality, Wakanda has already given its legions of fans a lot: joy, representation, and a truly excellent film. 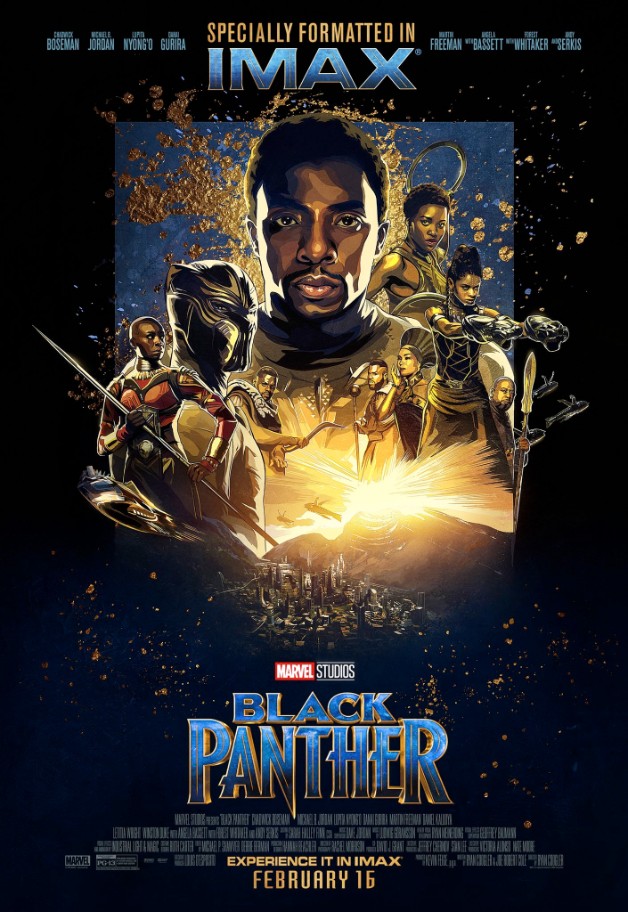 Calling All True Crime Fans
Oxygen Insider is your all-access pass to never-before-seen content, free digital evidence kits, and much more!
Sign Up for Free
You May Also Like...
Recommended by Zergnet
Latest in Very Real