Sign Up for Free to View
911 Crisis Center Returns, Dispatcher on What Holidays Have a Spike in Calls and How to Approach a Shots Fired Call 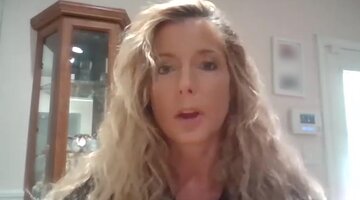 Now Playing
7:12
Digital Original
911 Crisis Center Returns, Dispatcher on What Holidays Have a Spike in Calls and How to Approach a Shots Fired Call 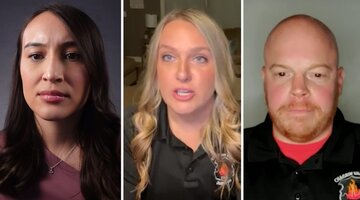 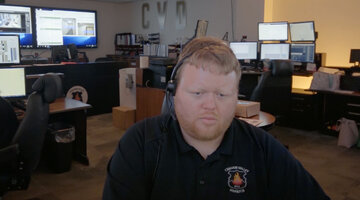 The Oxygen series "911 Crisis Center" brings viewers into the world of an emergency dispatch center in Ohio. There are tense moments, scary calls, and silly situations, all of which the dispatchers handle with ease. In a recent interview with Oxygen digital correspondent Stephanie Gomulka, dispatcher Melanie McCavish, who is featured in the show, discussed her experiences with the job.

"The response has been incredible. I was really surprised, especially in this day and age when there's so much commotion in the criminal justice field and in law enforcement in general, for people to see our side of things and what we go through and what life is like on the other side of that microphone," McCavish told Gomulka of the way people have reacted to "911 Crisis Center."

For McCavish, it wasn't necessarily a dream to be a 911 dispatcher. She was originally a state trooper, but had to give up the role for family reasons. It was then that she saw an ad for a dispatching job that struck her.

"I didn't think I was going to get it but I thought I'll just give it a shot, I'll send an application, and boom! Here I am 18 years later," she said.

During her decades in the field, McCavish has handled all kinds of high-pressure situations and has come to love the job for the sense of purpose as well as its unpredictability.

"You'll hear from pretty much everybody [that the best part] is helping people, and yes, that is a great aspect but [for me] it's an adrenaline thing. It's coming in every day and not one day is the same. It's every single day, every single minute is completely different from the next and you never know what you're gonna get," she explained.

As for her own advice for the general public so they can avoid a 911 situation, McCavish said people need to always be aware of their surroundings.

"Every single day I see people that just are oblivious to what's going on around them, to what's approaching them or near them. So many times they are on this device that just makes them oblivious to the world and that's when it's too late for them to avoid a situation. Be aware of your surroundings and be a good witness, too. Call us [if needed] and answer our questions and just stay on the line ... we get that it's it's a horrible situation to be in but, you know, take a deep breath and just answer our questions," she explained.

For more of the interview, watch the video, above. Tune into "911 Crisis Center" when it airs Saturdays at 9/8c on Oxygen or stream episodes here.

What To Do In Home invasion, According To 911 Dispatcher