The ex-girlfriend of Aaron Hernandez has come forward with several shocking allegations about the former NFL star’s past.

Alyssa Anderson told producers of Oxygen’s documentary special “Aaron Hernandez Uncovered” that she and Hernandez developed a “really, really strong relationship” while they were attending The University of Florida. Though they decided to break up when Hernandez was drafted by the New England Patriots in 2010, the two remained on good terms. Anderson even reached out to Hernandez when she heard he had been arrested in connection with the shooting death of semiprofessional football player Odin Lloyd.

“When I originally heard Aaron got in trouble, I wrote him a letter,” said Anderson. “That started kind of a back-and-forth for the next couple years.”

During her interview with “Aaron Hernandez Uncovered,” Anderson claims the letters became more revealing as his legal troubles mounted.

“Towards the end of his first trial into the second trial, the letters became more intense,” explained Anderson. “He did open up about some of the struggles he had gone through as a kid. He admitted to being molested as a kid, but he never dealt with it. And it led to issues in his sexuality.” 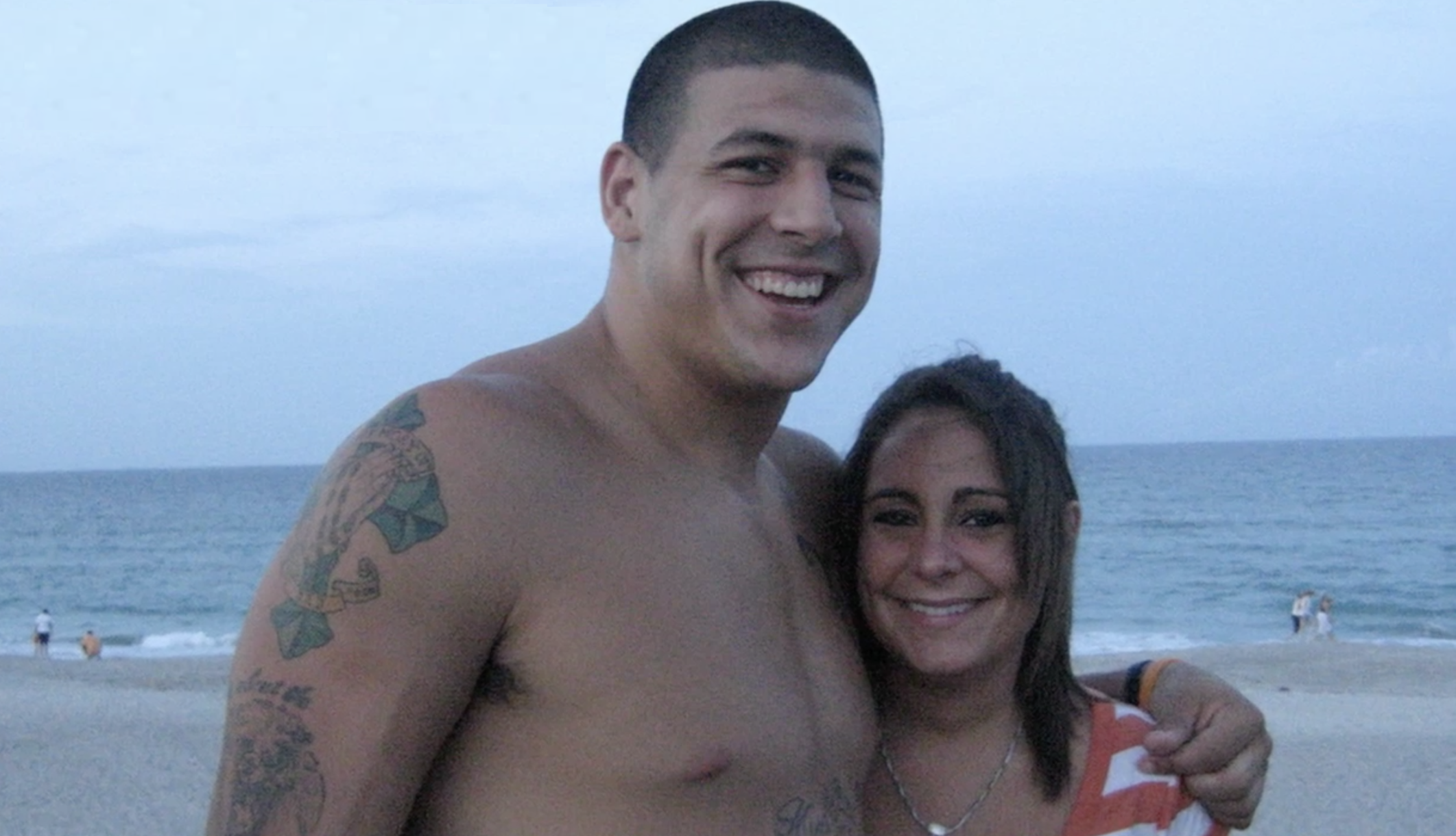 In one of his letters, Anderson alleges that Hernandez admitted to being in a relationship with an unidentified man.

“Back in college, there was text messages I saw on his phone when he came back from a trip in Connecticut that was [from] a male, that didn’t have a name, didn’t really say too much. But it was a relationship with somebody,” said Anderson. “And when I questioned him about it, he always denied it. And then, in one of the letters, he opened up about it and he did admit to it.”

Several rumors about Hernandez’s sexuality circulated following his 2017 suicide, but they have since been denied by Hernandez’s fiancée, Shayanna Jenkins. In an interview with “Dr. Phil,” Jenkins said she “asked him if it were true” that he was gay, and Hernandez told her “that it wasn’t.”

"I had no indication or any feeling that he was [gay]," Jenkins continued. “I don’t know where this came from.”

In an interview with Oxygen's "Aaron Hernandez Uncovered," Jenkins said that when she spoke about Hernandez's sexuality with defense attorney Jose Baez, it was "very hard because I was confused. I still kind of am."

To hear more about the case and Hernandez’s relationship with Anderson, watch “Aaron Hernandez Uncovered” on Oxygen.

Calling All True Crime Fans
Oxygen Insider is your all-access pass to never-before-seen content, free digital evidence kits, and much more!
Sign Up for Free
All Posts About
Aaron Hernandez
Related
Blog

Couple Found Shot To Death In Home With Kids Present