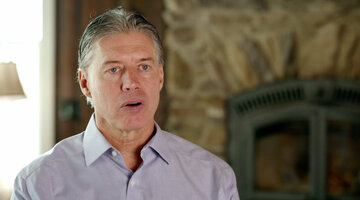 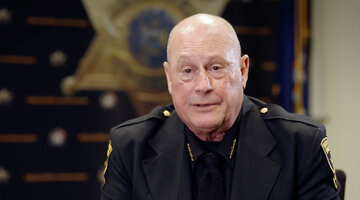 1:20
Preview
Listen to the Wiretapping of Cindy and Karl Karlsen 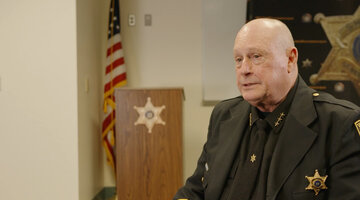 On New Year’s Day 1991, fire emergency services were called to a residential fire in Murphys, California at 2:26 p.m. They were confronted by Karl Karlsen, who said he just rescued his three children from inside the burning home — but that someone else was still inside.

He said “he wasn’t able to get inside to save his wife, Christina,” Calaveras Enterprise reporter Dakota Morlan told Accident, Suicide or Murder,” airing Saturdays at 8/7c on Oxygen.

First responders found Christina’s body in the bathroom of the rundown house. Karl told officials that the fire may have started because of a utility light that had fallen. Fire officials determined that the origin of the fire was directly outside the bathroom. Christina had been taking a bath while Karl worked in the garage.

Officials observed some red flags, according to John Cleere, Lieutenant of Investigations, Seneca County Sheriff’s Office.The window in the bathroom where Christina died was boarded up. The odor of kerosene was prominent.

However, Karlsen told investigators they couldn’t afford to fix the broken pane. He said that they used kerosene to heat the house and that a container of it had spilled and seeped into the carpet days before the blaze.

“On its face it looks like it could be an accident,” said Cleere. “But when someone dies, the default is to consider it suspicious until you know better.”

“The investigators weren’t going to just accept that this was an accidental fire based upon Karl Karlsen’s story,” added former State Trooper Jeff Arnold.

An autopsy was performed the following day, while investigators looked for leads on the cause of the fire.

The physician found soot in Christina’s lungs but no evidence indicating she was injured or incapacitated before the blaze.

The autopsy determined Christina died from smoke inhalation. It didn’t conclude if the death was an accident or a homicide.

The day after the fire, Karlsen surprised Christina’s family and authorities when he announced he was moving with his daughters, Erin and Kati, and son, Levi, to his hometown in Seneca County, New York.

"He didn’t stay for any funeral services or purchase a headstone. He just packs up and leaves,” said Cleere.

Christina's family was so suspicious they decided to collect their own evidence, according to “Accident, Suicide or Murder.” Despite their efforts, on March 3, 1991, Christina's death was officially ruled an accident.

“I've worked with insurance investigators and if an arrest is not made insurance policies are not going to deny the claim,” explained Cleere.

Was that payout a motive for murder? Investigators considered that.

Karlsen moved on and purchased a section of a farm from his parents. About a year later, he married Cindy Best.

She frantically told the dispatcher that their truck had fallen off a jack. Levi, now 23 with a family of his own, was pinned underneath. He wasn’t breathing.

Officials found that Levi had a crushing compression type of wound to his chest. All indications showed that he had perished hours ago.

According to Karlsen, Levi was working on the truck when he and Cindy left to go to a funeral. When they returned he was crushed under the half-ton vehicle.

The family doctor signed off on the death as accidental, according to investigators. There was no autopsy done.

“I felt really bad but I didn't think it was an accident. I thought, ‘It's happened again,’” she said.

In February 2012, Cleere received a call from Levi’s cousin, Jackie Hymel, who asked if he had investigated Levi’s death, he told producers. “She said, ‘There’s a good chance he was murdered by his father.’”

Through conversations with Cindy, Hymel had heard things that had raised her suspicions.

“She talks about the fact that Karl had made money off of Christina's death, and that Christina’s children had never seen any of that money,” Morlan told producers.

Karlsen had taken out insurance policies on the lives of Christina and Levi shortly before their deaths. He was the beneficiary in both cases.

Investigators reopened the case into Levi’s death. On April 9, 2012, they called Cindy Karlsen, who was estranged from her husband. She agreed to cooperate and was interviewed numerous times over the following months. A profile of Karlsen emerged as a controlling and emotionally abusive narcissist.

According to Cindy, Karlsen and his son had been at odds for quite awhile but appeared to be mending fences. Karlsen had been the one to convince Levi to get the $700,000 life insurance policy, which was taken out 17 days before Levi's death.

“Cindy said she didn’t find out about it until after Levi was dead. Karl had pretty much blown most of the money on a get-rich-quick scheme,” said Cleere.

Before separating from Karlsen, Cindy had a private investigator do some digging on her husband, and learned Karlsen had taken out an insurance policy on her.

Cindy agreed to wear a wire to catch Karlsen talking about his son’s death. Although he didn’t confess, Karlsen made an admission that enabled police to bring him in for questioning.

Karlsen’s version of the events before Levi’s death were inconsistent. He initially said Levi had been crushed before going to his aunt’s funeral. Karlsen then said he caused the truck to fall, freaked out, and left.

“I don't believe it for a second that he accidentally dropped the truck on his son,” said Cleere. “But for legal purposes, it doesn't really matter. Under New York State law that's depraved indifference … That's murder in the second degree.”

In a stroke of good luck, an investigator in California has preserved copies of all the records related to the death of Christina Karlsen.

It had been determined that kerosene had been poured on the floor just before the fire was lit.

On December 8, 2012, the Calaveras County District Attorney's office officially reopened the investigation into her death.

Karlsen’s trial for her murder began in 2020, nearly three decades after her death. On February 3, 2020, a jury convicted him of first-degree murder. Karlsen was sentenced to life in prison without parole.

To learn more about the case, watch Accident, Suicide or Murder,” airing Saturdays at 8/7c on Oxygen.

How To Watch 'Accident, Suicide Or Murder' Season 4