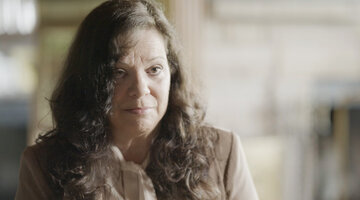 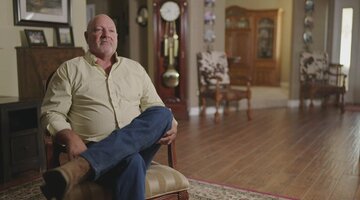 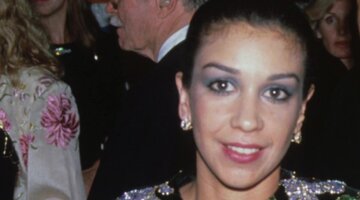 Investigations into deaths are dynamic and not always straightforward. Conclusions made early on in an inquiry can be reversed as new evidence turns up and witnesses come forward.

“Accident, Suicide or Murder,” which returns Saturday, November 26 at 8/7c on Oxygen, is all about covering cases with dramatic twists and turns. Some stories seem like accidents but end up being the result of deadly intentions, and vice versa. Before Season 4 of the series returns with new cases, here are five of the most unforgettable outcomes from the first three seasons.

Man fakes his murder so family gets insurance payout

William Young, a 43-year-old family man who worked in the computer field, was killed in July 2004 when his car exploded in a parking lot near a Nashville resort. The entire property was swept for more explosive devices. None were found, and investigators eventually ruled out terrorism. Had he been murdered or did he kill himself?

Investigators found no indication from the physical evidence and Young’s autopsy that he had been forced into the car before it exploded. They did find his wedding ring at home. They also turned up searches for bombs on his computer.

Detectives learned that Young had been fired from his job and kept that a secret from his wife and friends for two years. He was deeply in debt. In a letter to his wife, he expressed his love for her and their son and mentioned his life insurance policy. He had bought the $1 million policy on July 15 and was notified that it was in effect four days later. He died on July 20.

They eventually determined that Young, who was under severe stress, died by suicide. He tried to mask it as a murder so his family could collect his life insurance benefit.

Pastor killed his wife, not an accidental fire

On December 26, 1997, 28-year-old Dawn Hacheney was found dead in her bed at her home not far from Seattle, Washington. It initially appeared that her life had been snuffed out in a fire while her husband, Nick Hacheney, a local pastor, was out hunting.

But the fact that Nick bounced back quickly from his wife’s tragic death and had multiple love interests, some reaching back to before Dawn’s death, raised investigators’ suspicions.

It was also determined that the fire was believed to have been caused by a space heater and the result of arson. Plus, toxicology reports showed that Dawn, who had no smoke in her lungs, was dead when the fire began.

Nick Hacheney was sentenced to life in prison in 2003. Due to a technicality, his sentence was overturned in 2007. He was re-sentenced in 2008 to 26 years in prison.

On October 31, 2014, Tim Noble called 911 dispatch in Jacksonville, North Carolina to report that he had come home from work and discovered his fiancée, 58-year-old Debbie Holden, dead from a gunshot wound to the head.

Police arrived and found a .38 caliber revolver at her side. The bullet, which had clearly exited her body, could not be found. Noble told authorities that Debbie suffered from chronic pain, but even so her death shocked him. Her death was ruled a suicide.

Ten days later, Noble, who was found to be involved with another woman, arrived at a local hospital seeking treatment for a bullet in his left thigh. He said it ended up there when someone had thrown ammo into a campfire. An X-ray of the bullet, which was located in a spot in Noble’s thigh precluding surgery, matched the type of projectile that killed Holden.

He was arrested for her murder, and trial, prosecutors drove home the point that Holden had no gunpowder residue on her the day she died. Noble was sentenced to life without the possibility of parole.

Staging a murder as a mishap with help from TV

On December 19, 2001, a 911 call made shortly before midnight reported that 84-year-old Marina Calabro had fallen down stairs to her death at her home in Quincy, Massachusetts. Had she slipped and tumbled while taking out the trash?

Marina’s body had been found by Anthony Calabro, her 19-year-old great-nephew, who lived in the house and stood to inherit much of her estate. He and a friend, Thomas Lally, 21, had returned to the home after being out all day and then discovered Marina, they said.

The possibility of a woman in her mid-80s accidentally falling to her death was not hard to accept. But the young men’s stories — identical enough to sound rehearsed — raised red flags. So did an autopsy that showed Marina died by blunt force trauma, which shifted the investigation.

Detectives figured out that Anthony Calabro planned the murder, and Lally carried it out. Jason Weir, another slacker pal, helped stage the body using information learned from watching TV. All three young men were sentenced to time behind bars.

Exhumation shows woman died by her own hand, not her husband’s

In September 1995, when 76-year-old Josephine Galbraith was found dead in her bed in Palo Alto California, she was still bleeding from cuts to her wrists and elbows. A sash was wrapped around her throat. A razor and a knife were found near her body.

Nelson Galbraith, her husband, said he had slept through the event.

The scene made investigators question how she could have killed herself in this fashion. The fact that Josephine faced serious health issues, including Parkinson’s disease, added credence to the idea that she might kill herself, though.

Police listed the manner of death in their report as a possible suicide, while the coroner investigator’s preliminary ruling was that Josephine had died from self-asphyxiation. Palo Alto police announced that they were investigating the case as a homicide, and that Nelson was considered a suspect

Nelson’s case went to trial in August 1998, and prosecutors argued it was physically impossible for Josephine to have killed herself. The defense, meanwhile, argued that Nelson’s own health issues prevented him from being able to tie the knots.

Nelson was found not guilty. A year later Nelson sued the state and his wife’s body was exhumed. A second autopsy confirmed the death as a suicide.

Learn about other surprising cases when  Accident, Suicide or Murder,” returns on Saturday, November 26 at 8/7c on Oxygen.

Was A Former Corrections Officer's Death Suicide Or Murder?

5 Of The Most Bizarre Freak Accidental Deaths