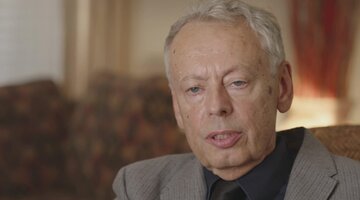 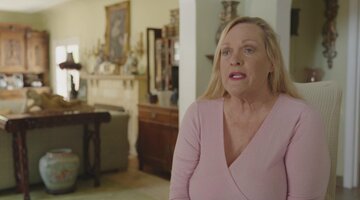 Renowned music producer Phil Spector was inducted into the Rock & Roll Hall of Fame in 1989. Fourteen years later, he became infamous for his role in a grisly murder.

On February 3, 2003, Spector’s chauffeur, Adriano De Souza, called 911 to report that a woman had been fatally shot at the producer’s estate in Alhambra, California, according to “Accident, Suicide or Murder,” airing Saturdays at 8/7c on Oxygen.

Spector had told his driver, “I think I killed somebody,” according to court documents. The person in question was 40-year-old actress Lana Clarkson, who’d played a small role in “Fast Times at Ridgemont High.”

“The victim had been shot in the mouth. She was missing some of her front teeth,” Mark Lillienfeld, lead forensics, L.A. County Sheriff’s Office, told "Accident, Suicide Or Murder."

Detectives tried to speak to Spector while he was detained at his palatial home, where Clarkson’s lifeless body was found slouched in a chair in the foyer.

It was clear he had been drinking, according to Rich Tomlin, a detective with the Alhambra PD. Spector “was disheveled,” Tomlin told producers. “He was rambling, making various statements.”

To gain a clearer picture of what had happened, investigators turned to De Souza. He said he had driven Spector and Clarkson to the home from the House of Blues, a Hollywood restaurant.

They arrived at the residence around 3 a.m. and the chauffeur waited to bring her home. Two hours later, the gunshot rang out and the 911 call was made.

At this point, it appeared to be a homicide — but Spector’s rambling statements complicated the situation.

“He said it was an accident and that he didn't mean to shoot her,” investigators told "Accident, Suicide Or Murder."

Spector was handcuffed and taken to Alhambra PD, where he was fingerprinted and tested for gunshot residue. During this process, police observed that he had no blood on his hands. Had he washed his hands before first responders arrived?

At the same time, investigators collected evidence from the crime scene as well as Clarkson’s body. Her teeth were found near a staircase: They were knocked out when the gun that fired into her mouth recoiled.

Blood was found throughout the home, and a crumpled blood-stained white jacket was retrieved from Spector’s closet. The clothing and blood swabs were sent to the lab for analysis.

RELATED: Man Tried To Kill His Wife And Daughter By Staging A Fatal Car Wreck

Detectives also found four loaded firearms in Spector’s bedroom, as well as a prop gun. Detectives considered the possibility that Spector may have mistaken a real gun for a prop gun, which led to Clarkson’s death.

But at the police station, a sober Spector changed his story.

“He totally put all the blame on Lana Clarkson and said that she definitely committed suicide,” said Tomlin.

Clarkson’s mother told investigators that she’d just spent time with Lana, who was happy and in a good place. However, she also said that her daughter had broken her wrists at a charity event that had curtailed her acting career. She’d then taken a hostess job at the House of Blues. Could she have been depressed about her stalled acting career?

But L.A. County Coroner Dr. Louis Pena, determined that someone else was holding the gun when Clarkson was shot. Bruising on her wrists indicated the sign of a struggle. Pena ruled the death a homicide.

Investigators searched for a motive and dug deeper into the relationship between Spector and Clarkson. They learned that they had met the night she died at House of Blues, where she didn’t even recognize the producer.

“She thought he was a woman and didn't want to admit him into the VIP room at the House of Blues,” said journalist Ciaran McEvoy.

She apologized, and during the night they struck up a conversation. He invited her back to his palatial home. Surveillance footage showed that Spector was wearing the white jacket found stashed in his closet.

Spector hired Robert Shapiro, who represented O.J. Simpson. Released on $1 million bail, Spector and his team used the media “to influence the narrative of the case going forward,” explained McEvoy.

A few days later, an email from Spector to friends was leaked to the press. In it he claimed that Clarkson died as a result of an “accidental suicide.”

“There is no such thing as an accidental suicide,” Lillienfeld told producers. However, the public perception was all over the map, according to “Accident, Suicide or Murder.”

When lab results came back no gunshot residue was found on Spector’s hands. Those findings supported his claim that the actress shot herself.

But DNA results confused the matter even further. Clarkson’s blood was found in Spector’s pants pockets, showing that he had had contact with her. The blood on the white jacket was also Clarkson’s. The expert conclusion made was that the jacket was in close proximity to Clarkson at the time she was shot.

The DNA testing on the gun found by Clarkson’s foot indicated that her DNA was on the gun and no one else’s. It appeared that the gun had been wiped clean, said Tomlin.

“Lana’s blood was in the bathroom. It was on the railing leading up to Phil Spector’s bedroom, it was on the door jamb of the back door,” investigators said. “The blood was in too many different locations, which indicated that it was probably left by Phil Spector as he was trying to clean up the crime scene.”

The question of motive remained. But interviews with a number of women who’d had relationships with Spector revealed that he had waved around guns in a threatening manner.

As detectives obtained crucial information about Spector’s history with firearms, he was making his case to the press that Clarkson killed herself. In an interview with Esquire, he claimed that Clarkson had “kissed the gun.”

Despite the suicide theory Spector was spinning, he was charged with second-degree murder on November 28, 2003. He pleaded not guilty.

Spector’s trial began in March 2007. The defense team’s case rested squarely on their claim that Clarkson killed herself. The victim’s friend, Irene “Punkin Pie” Laughlin, was a key defense witness. She testified that Clarkson was despondent about working at House of Blues.

Prosecutors, meanwhile, emphasized that Clarkson’s blood was on Spector’s jacket, he had an unsettling history with firearms, and that the gun that killed her was wiped down.

After 12 days of deliberation, the jury was deadlocked. The judge declared a mistrial.

In April 2009, a second trial began. Per a judge’s order, character witnesses, including Laughlin, were barred from testifying.

On April 13, Spector was found guilty of second-degree murder. He was sentenced to 19 years.

To learn more about the case, watch “Accident, Suicide or Murder,” airing Saturdays at 8/7c on Oxygen stream episodes here.

What Happened To Phil Spector’s Mansion?

What Has Ronnie Spector Said About Phil Spector?