Sign Up for Free to View
Were Tanya Rodriguez and James Carolfi’s Deaths Accidental or Arson? 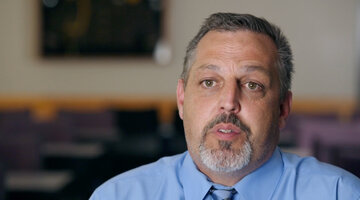 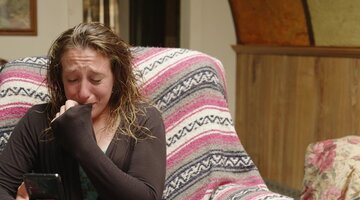 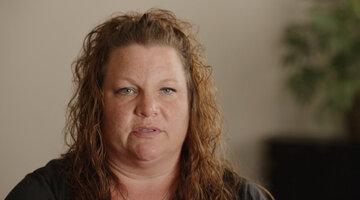 1:59
Preview
How Do Investigators Handle a Case with a Lot of Unknowns?

Following a house fire, investigators were unsure if they were chasing down a double murder – or a bizarre accident.

On April 6, 2022, firefighters and sheriffs deputies responded to a 911 call about a house fire in Rozellville, Wisconsin. After extinguishing the inferno, officials found signs that the blaze began in the garage.

“It wasn’t too long after that that they located two bodies,” Lt. Mark Wagers, Marathon County Sheriff’s Office, told “Accident, Suicide or Murder,” airing Saturdays at 8/7c on Oxygen.

It was early in the morning, so the location of the victims identified as Tanya Rodriguez, 44, and James Carolfi, 52, raised a red flag. Why were they in the garage, and not in the living quarters?

“At that point, we had to treat the scene as if it was a crime scene,” said Det. Eric Enerson, of the Marathon County Sheriff’s Office.

Wire found around Rodriguez’s legs added heft to the theory a crime had occurred. Was it a double homicide covered up by arson? A murder-suicide? Something else?

Detectives faced more questions as the investigation proceeded. Rodriguez, who had jumper cables in one hand, appeared to have suffered a head injury.

Investigators braced for a complicated case. They combed through the garage, where they found microwave oven frames, batteries and tires.

They learned that Rodriquez and Carolfi were a sometime couple, who couldn’t quite make it work permanently. She and her current boyfriend, Brad Harrison, shared a volatile on-and-off relationship, according to a witness.

Rodriguez relied on Carolfi when the going got rough with Harrison. “After Brad would be removed or would leave the residence, James would stick around for some time,” Enerson said.

A neighbor stated that she overheard an argument between Carolfi and Harrison as well as what may have possibly been a series of gunshots, said Lt. Steven DeNovi, of the Marathon County Sheriff’s Office.

As sheriffs searched for Harrison, they learned he had an outstanding warrant on a recreational drug charge, according to “Accident, Suicide or Murder.”

The manhunt for Harrison led detectives to his mother and to one of his friends who let him crash with him when he was on the outs with Rodriguez.

Harrison had stated that he was going to kill “Cricket,” which was Carolfi’s nickname, and Rodriguez, according to witnesses.

Sheriffs eventually tracked Harrison to his job an hour away in Tomahawk, Wisconsin. When authorities made contact with him, “he was sitting on a Ford Taurus,” said DeNovi. “He was intoxicated at the time.”

Harrison confirmed that his relationship with Rodriguez was rocky and prone to disputes. He told them he had loudly argued with Carolfi two days earlier.

Harrison told investigators that the three bangs the witness heard were not gunshots. He said Carolfi pounded on his car with a baseball bat, according to investigators.

Harrison denied any involvement with the fire and the deaths, saying that he’d be too smart to leave bodies in a garage. He suggested that Tanya committed a murder-suicide, according to “Accident, Suicide or Murder.”

Detectives used the outstanding warrant against him as a means to hold Harrison in custody. They needed time to gather enough incriminating evidence to make a murder charge stick.

As they pursued the case, results of the autopsy and findings from the medical examiner came in. “There was no soot in their airways …  leading us to believe that these people were deceased prior to the fire,” said Leah Scheidt, deputy medical examiner for Marathon County.

There were no gunshots or anything to explain why these individuals were dead before the fire, according to investigators.

No sign of any kind of foul play led puzzled detectives to consider that the victims’ deaths had been accidental. They dug deeper into evidence at the death scene.

The wire found wrapped around Rodriguez’s legs weren’t used as bindings, said DeNovi. She had not been tied up. The trauma to her head was related to the scorching heat of the fire. Toxicology reports yielded no evidence to support poisoning.

As days passed, investigators eventually circled back to the jumper cables in Rodriguez’s hand. Could the deaths have been caused by electrocution?

The case took an all-important twist with a call from the pathologist who’d done the autopsies. She raised the possibility of fractal wood burning.

The “dangerous method” of woodworking uses high-voltage electricity and has gained popularity on social media sites like TikTok, reported cbs.com.

Wood fracking, as the process is also known, involves the use of microwave transformers that can dispense up to 20,000 amps of electricity, jumper cables and battery batteries, according to Scheidt.

Evidence found in the garage supported this theory to explain the residents’ deaths. Officials said that the fractal wood-burning equipment that caused the electrocutions likely started the fire, reported wkbn.com.

Investigators reinterviewed witnesses, who confirmed that Rodriguez and Carolfi had expressed an interest in fractal wood burning.

On April 21, roughly two weeks after the fire, the medical examiner's office officially released the manner of death of Tanya Rodriguez and James Carolfi as an accident.

The Marathon County Sheriff's Office announced the findings.With no additional charges pursued and only the minor offense left on his record, detectives released Brad Harrison from custody.

For detectives, the case was an important reminder of the need for an open mind throughout an investigation.

“It’s very unique to go from … having a person in custody for homicide and then to relatively quickly realize that this was just a terrible accident,” said Enerson.

To learn more about the case, watch “Accident, Suicide or Murder,” airing Saturdays at 8/7c on Oxygen.

Man Staged Murders Of Wife And Son As Accidents For Insurance