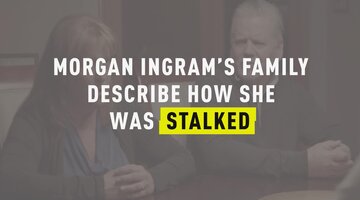 3:49
Digital Original
Morgan Ingram's Family Describe How She Was Stalked 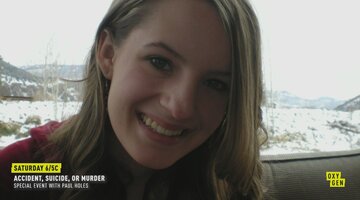 2:10
Paul Holes Joins Accident, Suicide, or Murder for a Special Event on Saturday, May 18th at 6/5c 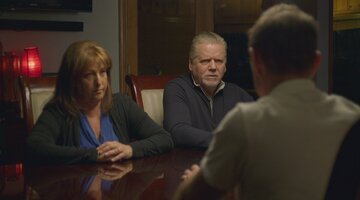 When Morgan Ingram was found dead in her bed one December morning in 2011 her family was left grappling for answers about what may have killed their free-spirited college daughter.

“She was not depressed, she had never been depressed,” her mom Toni Ingram told Oxygen.

The death, which is explored in "Accident, Suicide or Murder," airing Saturday at 7/6c on Oxygen, was ruled a suicide by an overdose of amitriptyline, a medication Morgan had been prescribed for irritable bowel syndrome.

But her parents believe she may have been killed by a stalker who had been terrorizing the 20-year-old for months. They high levels of the amitriptyline and the muscle relaxer cyclobenzaprine—both known to be used in date rapes incidents—found in her system could indicate their daughter met a sinister end.

“She was murdered, there’s no doubt believe,” said Steve Ingram, in an upcoming episode of “Accident, Suicide Or Murder?” featuring criminal investigator Paul Holes, who once helped track down the alleged Golden State Killer.

Investigators will delve into the case and the family’s theories about Morgan’s death in the show’s season finale airing this weekend, but the case begs the larger question, is it possible to die from a date rape drug? And just how many drugs have been used to incapacitate and sexually assault unsuspecting victims?

The Growing Number Of “Knock Out” Drugs

Alcohol, Rohypnol, gamma hydroxybutyric acid or GHB and ketamine remain some of the most prevalent drugs used for date rape, but the growing number of synthetic drugs hitting the market means predators now have access to more “knock out” drugs than ever before, according to a 2019 report from BuzzFeed News.

The Society of Forensic Toxicologists (SOFT) maintains a running list of drugs used in drug-facilitated sexual assaults that includes more than 100 different medications considered “common” in these type of assaults. The extensive list covers everything from analgesics often used for pain to benzodiazepines and sedatives. Even common anti-histamines such as Diphenhydramine, commonly found in Benadryl, and Tetrahydrozoline used in Visine make the list.

Determining that someone has been the victim of a drug-related sexual assault is often made more complicated by the vast number of medications that can be used to debilitate someone that may not often appear on standard toxicology tests.

“Hospitals typically screen patients for only a limited range of common drugs. And while crime labs can test for a wider range of substances, that may still be a fraction of the drugs that can be used to knock someone out,” the BuzzFeed article by reporter Rosalind Adams said.

In some cases, toxicology reports are able to fill in the gaps of what may have happened to a victim, who often has a limited recollection of the assault.

In 2016, two men in Michigan were arrested for a February 2016 sexual assault of two women—after one of the women tested positive for amitriptyline—the same drug found in Ingram’s system.

In addition to being prescribed for IBS, the odorless, soluble compound is also often prescribed as an antidepressant, according to Michigan news organization MLive.

The testimony from the woman—along with the DNA from her rape kit and the toxicology report—would later lead to Larry Stiff’s conviction and sentence of 24 years to 51 years in prison, MLive reports.

Joshua Humphrey, the second man implicated in the assault, was also convicted, but not all date rape cases are able to produce such clear toxicology evidence.

Some of the tests either don’t test for the full range of date rape drug possibilities or miss drugs that have already been metabolized in a victim’s system.

“It’s never a surprise to me when a result is negative,” Catherine Garcia, an investigator with the San Diego district attorney’s office told Buzzfeed. “The tests just can’t be as conclusive as we want them to be.”

Many of the drugs commonly used in date rapes can also have deadly consequences if they are administered in high doses.

GHB—which is also growing in popularity as a club drug—can be a potent and dangerous drug. According to information from the Global Drug Survey given to The Guardian out of 1,000 GHB users surveyed, one-in-four women had overdosed on the drug within a one-year time period.

“GHB terrifies me as a specialist,” Adam Winstock told the news organization. “It sits in a risk category all of its own, way above other party drugs. The fact that users fall into unrousable states is incredibly dangerous. They’re not only vulnerable to assault, they might stop breathing altogether.”

Samantha Reid, 15, died from ingesting a fatal dose of GHB mixed into her drink at a party in 1999, later sparking the passage of the “Hillory J. Farias and Samantha Reid Date-Rape Drug Prohibition Act of 2000” which categorizes GHB as a schedule 1 controlled substance, The Southgate News Herald reports.

In Ingram’s case, forensic toxicologist Iain M. McIntyre, PhD, took a new look at her toxicology reports in “Accident, Suicide or Murder?” He said the level of amitriptyline in the sample from Ingram’s body was 7,900 nanograms, a level much greater than the dose necessary to be fatal.

“Levels as low as 1,000 could be fatal,” he said in the episode. “It could put them into a coma, cessation of breathing, full cardiac abnormalities, would be the most common (side effects).”

McIntyre also said that the muscle relaxer cyclobenzaprine, the other drug found in Ingram’s system, could also be used in a date rape setting.

“It’s sedating,” he said. “It could put someone under the influence.”

While investigators in Ingram’s case explore a number of possibilities before reaching any conclusions about what may have led to her death—experts say the growing number of drugs used for date rape puts women—and in some cases men—in a vulnerable position.

“There are new drugs being manufactured every day,” toxicologist Kiara Hagan told BuzzFeed News. “The biggest challenge is staying on top of these new designer drugs.”

As a growing number of drugs can be used to incapacitate someone, community organizations encourage people to be vigilant in group settings.

“Any chemical may be used as a weapon in committing a sexual assault, the same way a gun or a knife can be,” reads a handout from San Francisco Women Against Rape.

The group encourages women to never drink anything they didn’t pour themselves, never leave a drink unattended and always to go out in groups.

They also caution that GHB and Rohypnol often leave behind a bitter taste and suggest if a woman—or man—ever notices a bitter taste to their drink to stop drinking it immediately.

Anyone who believes they may have been drugged should seek medical help immediately.

Calling All True Crime Fans
Oxygen Insider is your all-access pass to never-before-seen content, free digital evidence kits, and much more!
Sign Up for Free
All Posts About
Safety
Related