Sign Up for Free to View
Who Would Want To Kill the Wellnitz Family? 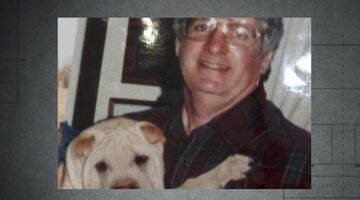 2:17
Preview
Joe and Beth Wellnitz Found Dead by Their Employees 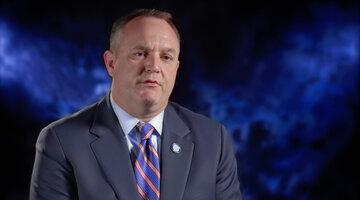 Now Playing
1:47
Preview
Who Would Want To Kill the Wellnitz Family? 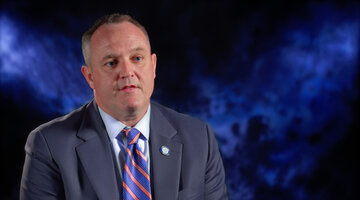 The Wellnitz family was known for their compassion as the owners of a beloved vet clinic in the small town of Columbia, Kentucky.

But when the well-respected family was found savagely gunned down in their home, investigators were left grappling with who could have wanted veterinarian Joseph Wellnitz, 50; his wife Beth, 40; and the couple’s son Dennis, 20, dead.

“They were kind, they were loving, and they were fun to be around,” Dana King, a friend of the Wellnitz family, told “An Unexpected Killer,” airing Sundays at 6/5c on Oxygen.

Joe was found lying face first in the downstairs den of the home, wearing gray sweatpants and a white T-shirt.

“It looked like he had come out of the bathroom and he’d been shot and fell face first,” said Brian Wright, a commonwealth attorney for the 29th circuit in Kentucky.

His wife, Beth, was found upstairs in the couple’s bedroom on the ground near the bed.

“She appeared to have been standing when she was shot with multiple gunshot wounds to her head and upper torso,” Wright said.

The couple’s 20-year-old son, Dennis, was discovered in his bedroom with bullet wounds to his back, suggesting the killer had executed him as crawled on his hands and knees.

“I’ll never forget walking in the house that morning and seeing what I saw,” Capt. Jeff Hancock of the Kentucky State Police said. “It was just total shock. I knew what kind of people they were. I knew how kind they were and how compassionate they were with the work that they did. I couldn’t believe it.”

The medical examiner would later determine the family was killed around 4 a.m. from multiple gunshot wounds with a .9mm handgun and had likely been taken by surprise.

Due to the savage nature of the killings and no signs of forced entry, investigators concluded that the family had been targeted.

Watch 'An Unexpected Killer' Episodes In Our Free App

Investigators would discover that not everyone had been happy with the Wellnitz family. Before their deaths, Joe and Beth had been in a dispute with a couple who once rented a cabin on their property. The couple had agreed to complete some work in exchange for free rent, but a disagreement erupted when the Wellnitz family didn’t believe they were holding up their end of the bargain and presented the couple with a bill.

By the time of the murders, however, the couple had already moved from the property and insisted the dispute had been worked out.

After discovering the only thing missing from the home, was a fire safe containing the couple’s important paperwork that was typically kept in the corner of Joe’s closet, investigators also took a look at those closer to home. The couple’s daughter, Meg, had been at college in Lexington, Kentucky the night of the murder and told investigators she had spent the night playing cards with her boyfriend and another couple.

“When Meg was told that her mom and dad and brother were murdered, were dead, I really felt sorry for her,” said Hancock, who had known the family personally before their deaths. “I thought now how is she going to go on? You know, how does she recover from this?”

Investigators also discovered Joe had another estranged son. He had been married before meeting Beth and had adopted his previous wife’s son, Eric, as well.

“It was a surprise to me to learn that there was another child involved that Joe had adopted at a young age,” Hancock said. “We started receiving information, documentation, showing that Eric was actually still set to gain from the death of Joe. There was actually a will giving him so much money out of the estate, to the tune of a quarter of a million dollars.”

When contacted by investigators, police said Eric was shocked by the triple homicide.

He had been estranged from Joe at the time of the murders because he had felt he had been “replaced” by Joe’s son Dennis after his new marriage.

“The motive is there, the possibility, so we needed to know if he had any type of alibi that we could substantiate to make sure that he wasn’t in Columbia that morning,” Hancock said.

However, investigators would determine that Eric had been sleeping at a friend’s house in Lexington on the night of the murders and seemed genuinely surprised to learn that he had been included in the will.

“There’s no way in the world I ever could have done anything like that,” Eric would later tell “An Unexpected Killer.” “Yes, I was angry as a child, you know, having your dad disappearing out of your life, you know, kind of in a snap of a finger. It was hard, and I was angry, but not that kind of anger where I wished anything bad.”

They turned back to the relationship Meg had with the family. She told investigators that she had a good relationship with her family and loved her parents, but admitted there had been some tension with her mother about her college boyfriend, Randy Appleton.

Randy soon became a “viable person of interest” particularly after investigators learned he had an interest in guns, but when authorities tried to confirm his alibi for the night of the murder with the couple Meg and Randy said they were playing cards with, Bill and Regina Meece, another suspect emerged.

Bill Meece corroborated Randy’s alibi and initially agreed to take a polygraph but he got upset and abruptly ended the session — tearing off the sensors — when authorities asked whether he knew anything about the murder.

RELATED: Could A Father's Job At A Local Grocery Store Hold The Key To Solving His Murder?

“It definitely raised red flags with us that he knows more than he’s telling us,” Hancock said.

But without any concrete evidence, authorities had to let Meece go and the case went cold.

They’d get the break they needed nearly a decade later from Meece’s now-estranged wife, Regina, who told investigators she had proof of who killed the family. Regina had the fire safe that had been removed from Joe’s closet and said her husband had been the killer.

It turned out that Meece hadn’t been acting on his own accord. Investigators learned that Meece agreed to carry out the hit for Meg, Joe and Beth’s own daughter. Meg had even driven down with Meece from Lexington to Columbia the night of the murders and gave him the key to the home, but opted to stay in the car during the murders.

“Meg was a big part of the planning and the execution of the plan,” Hancock said, calling the discovery a “bombshell.”

Meece would later turn on his co-conspirator and confess that he and Meg had planned the executions for months so that she could collect inheritance money.

“We agreed that she wanted to have her parents killed,” Meece later told investigators. “She claimed the estate was worth $1 million and she’d give me 10% of that in exchange for killing her parents.”

"It’s very disturbing to know that this little sweet girl that I remember has been the one that actually played such a big role in this murder,” Hancock said. “Meg orchestrated one of the most horrendous crimes that you could ever imagine.”

Meece was convicted of three counts of murder, robbery, and burglary, and was sentenced to death.

Meg was convicted of complicity to three counts of murder, complicity of robbery, and complicity to burglary. She received a life sentence without the possibility of parole for 25 years.

For more on this case and others like it, watch "An Unexpected Killer,” airing Fridays at 8/7c on Oxygen or stream episodes here.

Who Murdered A 22-Year-Old Woman In Her Own Home?