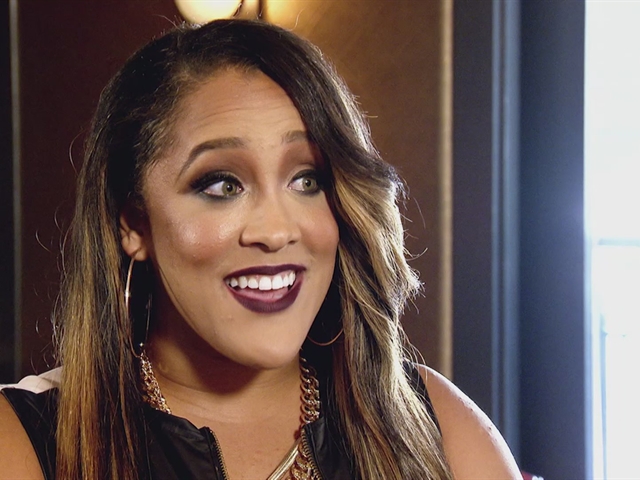 Bad Girl Natalie Nunn is usually very open about her life, but her recent pregnancy confused her fans. One day, she announced the good news on the Bad Girls Club: Redemption reunion (watch the clip above), and then, nothing.

Some people thought it was a hoax (not true), others thought she was still pregnant while flaunting her crazy life in clubs and on WeTV's Marriage Boot Camp (also not true).

Today, she's putting the rumors to rest, and explaining why she kept it a secret. She also told us that she and her husband Jacob are trying again...this time for twins!

Read Oxygen.com's exclusive interview with Natalie Nunn, and read all about what the Bad Girl/Bridezilla has been up to lately!

What have you been doing recently?

Traveling, mainly. Sarah and I actually were over in London and found out that we have a huge fanbase in the UK! The three of us are actually renting a condo and we'll be in Miami all throughout March. It's Judi's birthday month!

I take it you guys are all still friends?

Yep we've been doing a lot together! Actually we made a video together based on Beyonce's "7/11." It went viral. It's freaking hilarious!

How are you and Jacob doing, since your appearance on Marriage Boot Camp?

We're good! I think Boot Camp really laid out all the issues. Jacob doesn't like it when I do Bad Girl type things, like twerking on the bed or being half-naked on Instagram. He doesn't like the world seeing these things, so I tell the Bad Girl in me not to do things. Now, we just fight over it once a week, not every day!

Who is harder to live with: Bridezillas or Bad Girls?

The Bridezillas were tough because they are serious divas. There were a lot of other big names involved, like Heidi from The Hills and Aviva from Housewives, so I knew I wasn't going to be the only voice heard. These ladies were no joke: divas. I think the Bad Girls just have more fun and they're more carefree. The Bridezillas can't have a martini unless it's a Skinny Girl martini. Everything in the fridge was organic. Bad Girls have more fun.

A lot of fans are wondering, are you pregnant?

Not currently. There were some complications with my first pregnancy.

Any reason why you didn't feel like you could come out with it?

I know a lot of fans were wondering about it, but I haven't spoken about things because it's been extremely hard. Hard times are best to share with family and loved ones when it's new! I just want to respect my husband, and make sure that all the sad stuff that we went through is understood.

Are you trying again?

Yes, we are moving forward and doing things differently a second time. We are trying for a due date this year. This time, we're hoping for twins!

What kind of mom do you hope to be?

I think I'll be a really cool mom. We'll probably take them to Jamaica in the summer, and Jacob and I are really into sports, so our kid will probably play sports. I'll be the dopest, coolest soccer mom!

Do you think you'll be a Bad Girl forever?

I'm still transitioning from being 100% bad girl to 90% to 80%. Sometimes I get into trouble with Jacob when I do things like wear a thong bathing suit, or whatever. But, I don't get into legal trouble, I don't get drunk on a Tuesday like back in the day. But I'll aways be a little bit of a Bad Girl. There's no way I'll ever be a good girl, Pastor's daughter type!

Hanging Out With Natalie Nunn!

All Posts About
Judi Jackson
Natalie Nunn
Sarah Oliver
You May Also Like...
Recommended by Zergnet
Latest Posts