Sign Up for Free to View
Who Is Barbara Stager? 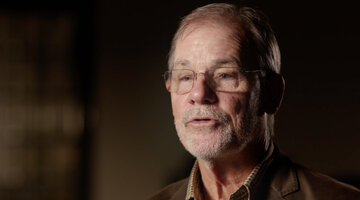 1:52
Preview
What Was the Motive Behind Lynette Bell’s Killings? 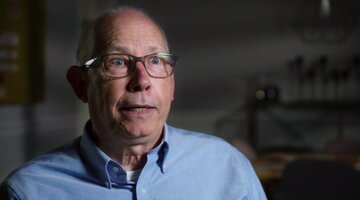 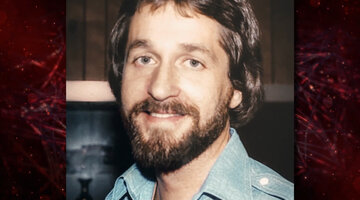 4:08
Preview
Does Russell Stager’s Death Get Ruled Murder or Accident?

Around 6 a.m. on February 1, 1988, EMTs in Durham, North Carolina responded to a 911 call. Barbara Stager had shot her husband, Russell Stager, 41, as he slept. It was an accident, she said, adding that he kept a gun under his pillow because of recent robberies near their home.

When she heard a noise, she claimed she pulled a gun out from underneath his pillow and it discharged, striking him the back of the head, according to “Black Widow Murders,” airing Sundays at 7/6c on Oxygen.

Barbara, the victim’s second wife, was seen as a devoted spouse and mother. They’d been introduced at church, where she taught Sunday school. A widow of about a year, she was raising two young children on her own. Barbara and Russell tied the knot within months of meeting each other and he adopted her two boys. Nine years later, he was dead.

Although the death was initially accepted as an accident, red flags were raised. As a National Guardsman, Russell was fluent in firearm safety.

“I knew there was no way in this world he was sleeping with a gun under his pillow,” EMT Kevin Wilson told producers.

Russell’s first wife, Jo Lynn Snow, had remained his good friend and confidante following their divorce. She, too, had concerns, so she went to investigators with her suspicions about Barbara.

Russell told her that “if anything ever happened to him to look into it,” Snow said, “because her first husband was supposedly accidentally shot with a gun.”

Police looked deeper into Barbara’s background. She had met her first husband, Larry Ford, while she was in college. She was pregnant and 19 when they married. They had their second child four years later.

RELATED: Wigs, Stun Gun, Escape Plan: How An Ex-Wife Plotted The Murder Of Her 8th Husband

On March 22, 1978, Randolph County police received a 911 call from Barbara. She claimed that Larry accidentally shot himself while cleaning a new gun.

Evidence at the scene including the location of the bullet casing and the position of the victim led to suspicions. But although the circumstances were unusual, detectives had no evidence to refute Barbara’s version of the events, according to WRAL News. No one has ever been charged in connection with Larry's death, which has officially been ruled an accident.

But a decade later, the information convinced Durham investigators to question Barbara again about Russell’s shooting.

According to Ricky Buchanan, Durham County Sheriff’s Sergeant, she was asked to reenact the shooting. She chose being videotaped over having photographs taken. A detective played her husband. But Barbara’s reenactment lacked plausibility and raised more questions.

Her behavior around town, meanwhile, had raised eyebrows before Russell’s death.

As a high school coach and member of the U.S. Army Reserve Russell made a good living, but not an extravagant one, according to his inner circle. Barbara’s “country club” tastes in clothes, cars, and jewelry were beyond the couple’s financial means. It also showed a disconnect “with somebody who’s sincerely involved in their church,” said Snow.

Barbara had told people that she’d boosted the family income. She’d written a book about Larry Ford’s death and had sold that to a publishing company.

But not everyone believed Barbara’s story of the book deal, including published writers who attended the same church as the Stagers. They did some digging on the book and found out that Barbara’s book proposal had been rejected. Her deal was an elaborate hoax, according to “Black Widow Murders.” She  had forged an acceptance letter and used it to secure a bank loan.

Snow told investigators that Russell was devastated when church friends revealed his wife’s deceptions about the book. The Stagers left the church as a result of this situation. Still, despite his wife’s con, Russell was devoted to the marriage and their family.

After learning that Barbara used forged documents to get a bank loan, detectives scrutinized the Stagers’ finances. They found that Barbara had shuffled money between bank accounts and maxed out credit cards. She’d sunk the family deep into debt.

Investigators also found a check from Russell’s personal bank account made out to Barbara that essentially drained it dry. The check was written three days before he was shot.

According to Snow, Russell hadn’t signed the check. “It was a very good forgery,” she told producers.

Investigators turned up other checks that Barbara appeared to have forged.

“Barbara was number one. She was going to get what she wanted all the time,” forensic psychologist Joni Johnston told producers. “Whether that meant lying to people, stealing from people, hurting people in some respects.”

Russell confided in Snow about Barbara’s financial deceptions as well as about cheating on him with other men. All of this, said Snow, made Russell suspicious about Larry Ford’s death.

As detectives continued to dig deeper into Barbara’s actions, they questioned what she had said about Russell sleeping with a gun. She’d said there had been robberies in the neighborhood but that was false.

On February 3, two days after Russell was shot, the medical examiner released the results of his autopsy. The findings, including the angle of the bullet wound, made Barbara’s account of the shooting unbelievable.

“It was a Jekyll/Hyde,” said Renee McCoy, former reporter for WRAL Raleigh. “The headlines ‘Sunday school teacher charged with her husband’s murder’ stopped everyone.”

Prosecutors were preparing for trial when an audio-cassette recording with a tape in it made by Russell in January 1988 was found near his school office.

In it, Russell, whose voice was authenticated, makes a statement that suggests he thinks his wife is out to harm him.

It was like “a voice from the grave,” said Snow. It was a voice heard in court when Barbara’s trial began in May 1989. Barbara Stager was found guilty and was sentenced to death.

Her sentence was reduced to life in prison. Barbara Stager, now in her early 70s, became eligible for parole in 2009. So far her requests for release have been denied.

Why A Baltimore Woman Was Labeled A ‘Black Widow’