Sign Up for Free to View
An Exclusive First Look at 'Buried in the Backyard,' Season 3, Episode 11 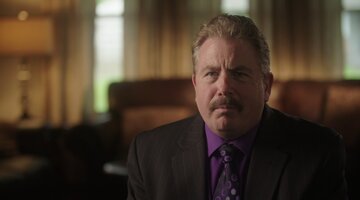 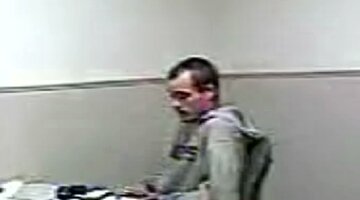 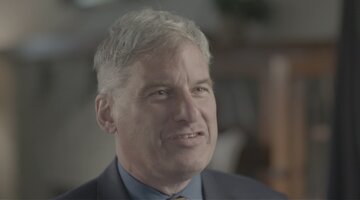 After a woman went missing from her Ohio home in 2017, her family was devastated to learn months later that the truth of what happened to her was even more horrible than anything they could have imagined.

The first sign something was amiss with Shannon DePaul, 28, came when she missed her half-sister Debbie DePaul's birthday party in March of that year, which was highly unusual for her. Still, her family assumed that Shannon, described as a “free spirit” who had a lot of friends, was simply busy and would catch up with them later.

However, that time never came. As months passed and the family started to realize no one had actually spoken with Shannon in quite some time, alarm bells began going off. Shannon’s father called her boyfriend, Arturo Novoa, to ask about her whereabouts, and he claimed that they’d broken up and she’d moved to Cleveland to be with another man.

“It wasn’t uncommon for Shannon to just kinda like ‘poof’ and disappear. That was totally Shannon,” Katie Morar, Shannon’s friend, told Oxygen’s “Buried in the Backyard,” airing Thursdays at 8/7c on Oxygen.

However, the family really started to worry when they were unable to reach Shannon by phone, and Debbie eventually reached out to the police to report Shannon as a missing person.

By the time that Shannon’s disappearance had been reported, in June of that year, she had not been heard from in months, leaving a tough job for investigators who were tasked with tracking her whereabouts. They filed a request to obtain her phone records, and in the meantime, went to work investigating her private life.

As far as her family knew, Shannon had been living with her boyfriend when she disappeared, so police went to speak with Novoa. He repeated his story that they’d broken up and that she’d gone to live with another man in Cleveland. Because they didn’t know when exactly Shannon had gone missing, there was no way to check if Novoa had a solid alibi, and they were also unable to find out anything about the supposed new boyfriend Shannon had, sparking even more suspicion.

Police then went to talk to a previous boyfriend of Shannon’s named John, who had a roofing business — and a criminal history as a drug dealer. The pair had broken up when John was in prison, which upset him, according to those who knew Shannon. Making matters even more suspicious, John had been released from prison shortly before Shannon was believed to have disappeared.

“John had both motive and opportunity,” Detective Mike Lambert with the Youngstown Police Department told producers.

However, John told police he had not seen Shannon since February and that she’d said that she was giving Novoa another chance at their relationship, but he also admitted to still having romantic feelings for Shannon at the time of their conversation.

With two suspects — Novoa and John — but zero evidence, police needed a break. Her cellphone records finally came in, but revealed nothing: Those records showed near the end of February, Shannon had traveled to her job as usual, but then the trail went cold; her phone had been turned off, and the number was assigned to someone else. Around the same time, activity on Shannon’s credit cards also stopped.

“It was a dead end,” Lt. Det. Doug Bobovnyik with the Youngstown Police Department told producers.

But a break in the case came a month later, on July 30, when Ken Eshenbaugh called 911 from his home in Youngstown to report that he and his wife, Jill, had found a woman’s dismembered body wrapped in garbage bags in their freezer. Her head was missing.

“You have arms and legs in a freezer, and then you have the victim’s teeth and parts of a spine,” Dan Kasaris, the lead prosecutor with the Ohio Attorney General’s Office, said. He added later, “I don’t know if words can describe it. It’s a horrific case.”

Police questioned the couple, who said that the freezer belonged to a friend whose power had gone out and needed to store it, and had brought it by around a week ago. Jill said that she’d been searching for ground beef to make meatballs when she was surprised to find a padlock on the friend’s freezer. She was able to open the lock using a screwdriver, but inside it she found piles of black bags and a bucket, all of which were accompanied by a horrible smell. She had her husband investigate. He opened up one of the bags and saw what looked to be a human foot.

When police examined the body parts, they found  one of the feet had a tattoo of a scorpion on it — just as Shannon, who was a Scorpio, had on her foot. The writing on the wall was clear: It was Shannon’s body in the freezer, but now police were left to grapple with the question of how she got there and when.

When questioned by police separately, the Eshenbaughs had consistent stories, and so they were ruled out as suspects. However, police then had a new suspect on their hands: a man named Anthony Gonzalez, who was allegedly the person who brought the freezer over to the Eshenbaughs' house.

Although the coroner’s officer was unable to confirm what the victim’s cause of death had been because her head was missing, they were able to confirm Shannon’s identity through her fingerprints. Meanwhile, investigators began searching for information on Gonzalez.

Police learned Anthony Gonzalez was actually an alias for someone they’d already considered a suspect: Shannon’s boyfriend, Arturo Novoa. They also learned Novoa had gotten into a relationship with a woman named Katrina Layton, who’d moved in two weeks after the last time Shannon was seen alive. Police hauled the couple in for questioning and searched the apartment, where they found a meat cleaver, blood on the walls, and an owner’s manual to the deep freezer where Shannon’s remains were found.

It was enough for police to arrest both Novoa and Layton, but during interviews, Novoa repeatedly denied killing Shannon and claimed that he didn’t know where she was, as did Layton. However, Novoa's denials fell on deaf ears, especially after police found a key in his belongings that fit the padlock on the freezer.

“There now was a direct connection between him and the freezer,” Lambert told producers.

As police began to build their case, Shannon’s ex-boyfriend John played a pivotal role in the pursuit of justice. He had spoken to those who’d known Shannon and learned that a friend named Steve had hosted a bonfire Novoa had attended and used the fire to burn what looked to be personal items. When police went to Steve’s house, the fire pit was still there and they were able to recover valuable evidence from the ashes, including a bracelet that had belonged to Shannon.

Investigators also spoke to Steve, who said Novoa had told everyone he was burning Shannon’s clothes because she’d cheated on him and he was upset. He also said that another friend, Andrew Herrmann, had traveled to the party with Novoa, and both men had been burning Shannon’s items that night.

Police began to investigate further and contacted a woman named Jamie who was in a relationship with Herrmann and his wife. Jamie told police it was both Novoa and Layton who’d killed Shannon and it was Hermann who’d dismembered her. Layton, she said, was jealous of Shannon’s relationship with Novoa. It was now apparent the entire group of friends had all worked together to cover up Shannon’s murder.

Numerous suspects were called to testify in front of a grand jury, where the truth, or some version of it, finally came spilling out: Hermann said Novoa had called him to meet at his house one day, and when he got there, he saw Shannon’s body.He claimed Novoa told him Layton had killed her by hitting her in the head with a hammer. He also said that it was Novoa's idea to dismember Shannon’s body. They decided to use sulphuric acid to try and dissolve the body. However, they did not have enough of the acid to get rid of more than her head, so they bought a deep freezer in which to store the rest of her remains.

It was enough to indict both Novoa and Layton. Because they were facing death sentences, both agreed to plea deals, with Novoa receiving a life sentence, and Layton and Hermann both being sentenced to 12 years in prison.

For more information on this case and others, tune in to “Buried in the Backyard” on Oxygen on Thursdays at 8/7c or stream online at Oxygen.com.