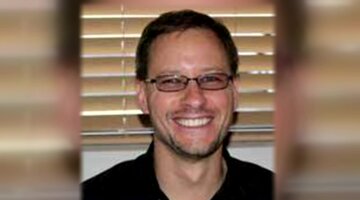 6:00
Exclusive First Look From 'Buried in the Backyard' Season 3, Episode 2 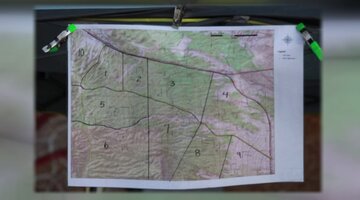 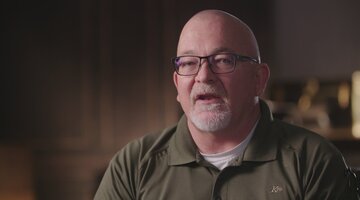 1:27
Exclusive
The Shooting Of Jeff Cave

A land developer building a new life for himself in Arizona tragically disappeared in the summer of 2015, marking the beginning of a mystery that would take years for authorities to solve.

Sid Cranston Jr., a 40-year-old engineer, had built a good life for himself developing and selling properties in the Kingman area. He traveled internationally, was engaged to a woman whom he loved, and had strong relationships with everyone in his community.

Sid's promising life took a tragic turn, however, on June 15, 2015. That day, he met with Al Blanco, a maintenance man who worked on various properties that Sid owned. Blanco said that he and Sid had lunch together, and then he left to service another property.

Sid was scheduled to meet with a few other people after seeing Blanco, but he never showed up, worrying his friends. That concern only grew the following morning when Blanco found Sid’s beloved motorcycle abandoned at one of his unoccupied properties.

"When the motorcycle was found, and he wasn't with it, that was a key piece for me to know that something was wrong," Jenny Nelson, a friend of Sid’s, told “Buried in the Backyard,” airing Thursdays at 8/7c on Oxygen.

Sid’s brother, Chris Cranston, was living in North Carolina at the time, but he dropped everything and rushed to Arizona after Sid's friends and fiancée called to inform him of the disappearance.

By the time Chris arrived in Kingman, authorities were already trying to piece together what could have happened to Sid. Chris was quick to inform them of a recent disturbing conversation he had had with his brother.

Sid had told him that one of his under-construction properties had been broken into, and the assailant made off with various expensive materials.

Sid had apparently planned to hold a stake-out at the property so he could catch the burglar in the act, an idea which, considering his disappearance, filled his brother with dread.

When police searched the home in question, however, they failed to find anything suggesting foul play.

As the weeks wore on, authorities launched an extensive search of all 43 properties that Sid owned, but even after getting access to his phone records, investigators failed to find any evidence, much less Sid himself.

Weeks turned into months, but Sid’s loved ones refused to give up hope.

"I knew my brother was out there," Chris told producers. "It was just a matter of determination, time, and outside help and influence to try to find him."

A ray of hope came in September 2017, when a group of hikers came across partially buried skeletal remains a mere 12 miles from where Sid was last seen alive. Authorities quickly responded and began processing the scene, but the gruesome discovery ultimately turned out to be a dead end for Sid’s loved ones as the body was that of a missing woman.

Dealt yet another blow, Chris was steadily losing hope that his brother was somewhere safe.

A break came in the case after police received a tip from a local jewelry store owner who claimed that he was in possession of rings that looked similar to the ones he saw Sid wearing in missing person photos.

When police interviewed the owner, they learned that he had purchased the rings on June 16, just one day after Sid went missing. But what shocked investigators even more was the identity of the seller: Al Blanco, Sid 's trusted friend.

"I didn't suspect Al Blanco at all. Not one iota," Det. Gilbert told “Buried in the Backyard.”

Police zeroed in on Blanco as a suspect and brought him in for questioning. While Blanco claimed another employee had given him the rings after finding them in a couch at one of Sid’s properties, that story didn't hold up.

The employee in question, when contacted by police, denied ever having found any kind of jewelry.

Police wasted no time requesting Blanco's phone records, but due to the lack of evidence tying Blanco to Sid's disappearance, they were forced to release him from questioning.

Still, the revelation that Blanco was a suspect was painful news for Chris, who had been living with Blanco's family while searching for his brother.

"It was total mayhem and chaos, and my father was calling to try to get me out of there," Chris recalled.

Although Blanco continued to deny any involvement in Sid's disappearance, Chris moved out of the house, and the investigation continued.

Another tip came several weeks later, when Chris received a call from a local attorney whose client had case-breaking information: The client claimed to know the person who killed Sid and wanted to anonymously come forward in exchange for $140,000.

As the so-called offer qualified as extortion, the FBI became involved in the investigation.

"It was shocking to think that somebody might be profiting from this family who is missing their loved one," FBI special agent Desirae Tolhurst told producers.

Authorities were soon able to uncover the possible identity of the anonymous tipster: Jeff Cave, a man with an extensive criminal record and one of Blanco's close friends. Authorities served a search warrant at Cave's house, but when he answered the door holding a gun, chaos ensued.

Cave ignored commands to drop the weapon, and in the resulting firefight, Det. Gilbert was injured, and Cave was killed. When Cave was shot, whatever information he knew about Sid's disappearance seemingly died with him — for a time.

"It was a setback, a huge setback," Chris said.

Following Cave's death, his attorney refused to share any information on what Cave may have known, and special agent Tolhurst was forced to explore other leads. Poring over Blanco's phone records, Tolhurst found another hole in Blanco's story: Cell phone records showed that on the day Sid disappeared, Blanco and Sid's phones were together and traveling in the same direction.

Soon, the pieces started to come together. Blanco became the chief suspect once again and declined a second request from authorities to come in for an interview and a polygraph test.

Investigators forged ahead, however, and discovered that a close friend of Blanco's, Bill Sanders, had contacted Blanco multiple times on the day of Sid's disappearance. When police paid him a visit, Sanders agreed to take a polygraph, but he failed the test.

It wasn't long before he cracked under the pressure and told authorities everything. He said that on the day Sid vanished, he met Blanco at a small ranch house on a property he maintained. Once inside, Blanco showed him Sid's body lying on the bathroom floor.

Sanders said that Blanco threatened him into helping him get rid of the body. The two men then used a backhoe to transport Sid’s body to a pre-dug hole and buried him there.

Authorities raced to the property with Sanders leading the way. After hours of digging, they finally found Sid’s remains, buried deep in the earth.

"The owner of the property had no idea that any crime had been committed on his property," Det. Gilbert told producers. "He was pretty upset by it."

The following day, an autopsy confirmed that the body was Sid, finally putting an end to the years-long search. Authorities believed that Blanco was likely the person who had robbed Sid’s property days before he went missing, and the FBI arrested him on the charge of first-degree murder.

Blanco maintained his innocence, but he was ultimately found guilty and sentenced to life in prison.

"That was a moment where I could just take comfort in goodness," Chris said. "The right thing happened."

For more episodes of “Buried in the Backyard,” tune in to Oxygen on Thursdays at 8/7c or watch full episodes at Oxygen.com.

Catch Up On 'Buried In The Backyard' Now